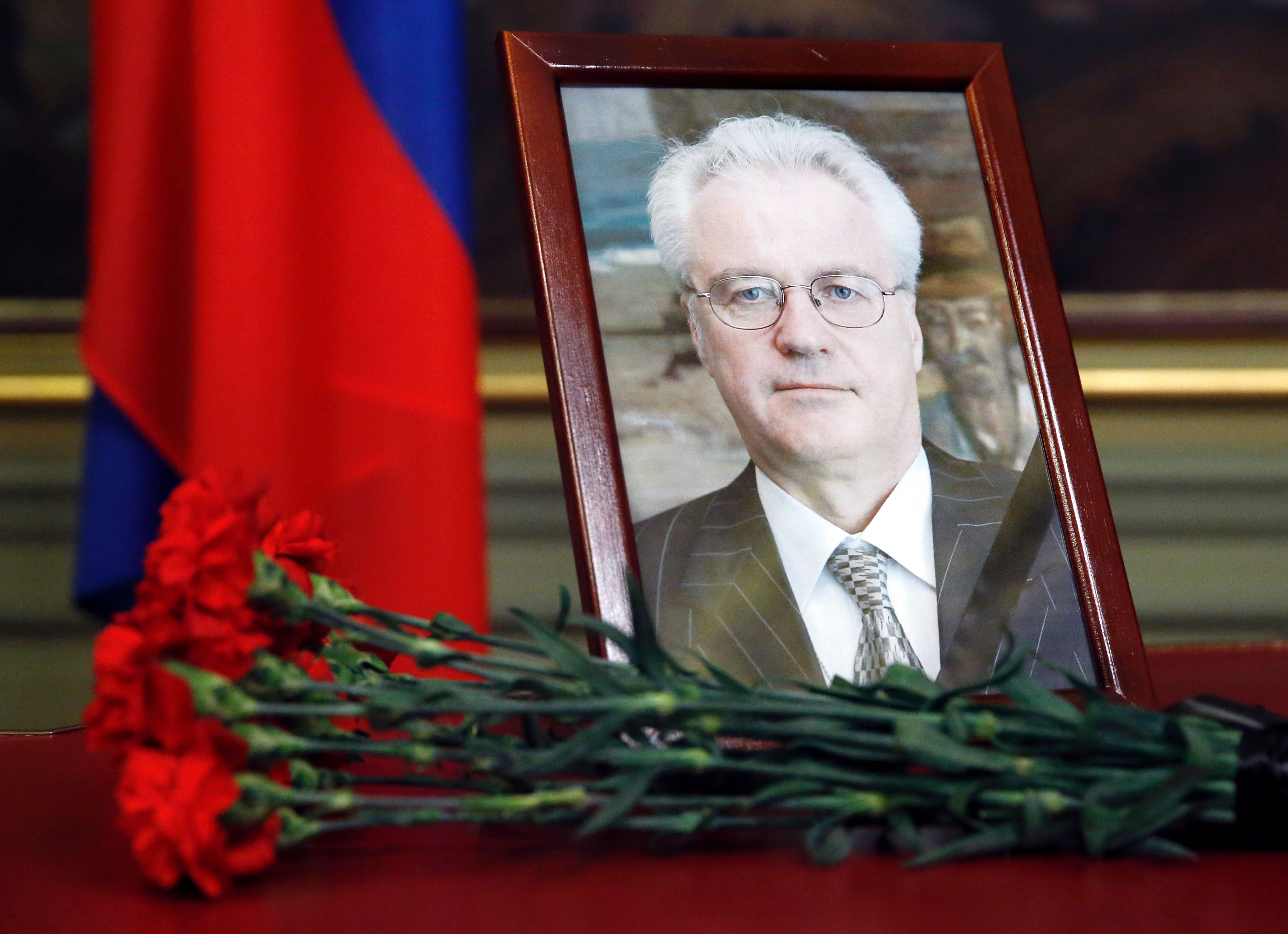 Moscow: Russia's combative ambassador to the United Nations, Vitaly Churkin, died suddenly in New York on Monday after being taken ill at work, the Russian Foreign Ministry said. The ministry gave no details on the circumstances of his death but offered condolences to his relatives and said the diplomat had died one day before his 65th birthday. It declined to comment on reports that Churkin had been taken to a hospital shortly before his death. A U.S. government official, who was not authorised to speak publicly on the case, said that Churkin had died of an apparent heart attack. A federal law enforcement official, also speaking on condition of anonymity, said that there appeared to be nothing unusual about the ambassador's death. The New York Post quoted unnamed sources as saying Churkin had been rushed to a Manhattan hospital from the Russian embassy after falling ill with a cardiac condition. President Vladimir Putin was deeply upset by the news and had greatly valued Churkin's professionalism and diplomatic talent, Russian news agencies quoted the Kremlin as saying. Tass news agency quoted Churkin's deputy, Pyotr Ilyichev, as saying: "The loss sustained by Russia is grave and irreplaceable. "Ambassador Churkin remained at his work post until the last minute. He devoted his whole life to defending the interests of Russia and was to be found on the very front lines and in the most stressful posts." Churkin was a pugnacious defender of Russian policy, notably its intensive bombing of the Syrian city of Aleppo last year to crush rebels opposed to President Bashar Al Assad. When then-U.S. envoy to the United Nations, Samantha Power, accused Syria, Russia and Iran last year of bearing responsibility for atrocities there, Churkin said she was forgetting the United States' own track record in the Middle East. "The weirdest speech to me was the one by the U.S. representative who built her statement as if she is Mother Teresa herself. Please, remember which country you represent. Please, remember the track record of your country," he said. Farhan Haq, deputy spokesman for the U.N. secretary-general's office, on Monday said: "He has been such a regular presence here that I am actually quite stunned. Our thoughts go to his family, to his friends and to his government." Shortly after news of the ambassador's death broke, a moment of silence was held at an informal session of the U.N. General Assembly. Later, the General Assembly's president, Fiji Ambassador to the United Nations Peter Thomson, offered the world body's "heartfelt condolences" and praised the late ambassador's "stern resolution" before leading another silent tribute. The Security Council issued a statement offering its "deep condolences to the family of the ambassador, the government and the people of the Russian Federation." Churkin's diplomatic counterparts weighed in with their own encomiums. "In my short time at the United Nations, Ambassador Vitaly Churkin showed himself to be a gracious colleague," the U.S. ambassador to the world body, Nikki Haley, said in a statement. "We did not always see things the same way, but he unquestionably advocated his country's positions with great skill." British Ambassador Matthew Rycroft described Churkin on Twitter as "a diplomatic giant & wonderful character." Condolences poured in from his U.S. counterparts in the Obama administration. His occasional foe, former U.S. ambassador Power, described Churkin as a "diplomatic maestro and deeply caring man who did all he could to bridge US-RUS differences." Churkin first came to prominence as foreign ministry spokesman for the Soviet Union from 1990 until the collapse of the superpower the following year. Despite the pressure of events, he appeared to revel in the attention of the Western correspondents who mobbed him at briefings, and was happy to respond to them at length in fluent English. He went on to serve as deputy Russian foreign minister and ambassador to Belgium and then to Canada, eventually moving to the United Nations in 2006. In his last interview, given to the state-funded Russia Today earlier this month, Churkin argued that the United Nations was ever more essential for resolving conflicts around the world. "I think the U.N. continues to be an indispensable mechanism," he said. "Without the U.N., we would be acting all on our own."