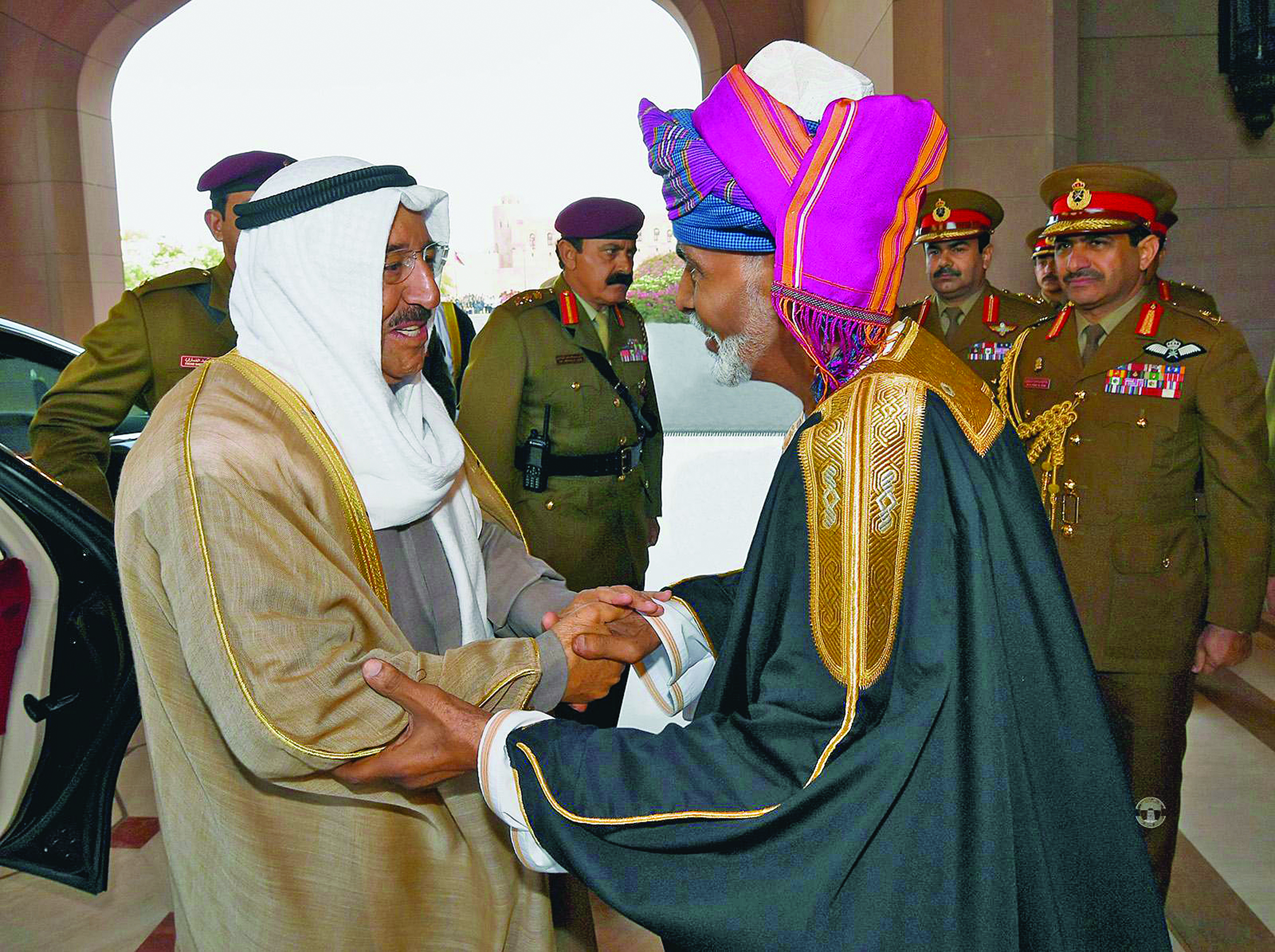 Muscat: His Majesty Sultan Qaboos bin Said hosted at Al Alam Palace on Monday an official dinner in honour of His Highness Sheikh Sabah Al Ahmad Al Jabir Al Sabah, Emir of Kuwait and his accompanying delegation on the occasion of his visit to the Sultanate.
Read here: His Majesty Sultan Qaboos receives Emir of Kuwait
The dinner was attended by a number of their highness, the chairman of Majlis Al Shura, the ministers, advisers, the commanders of the Sultan's Armed Forces, Royal Oman Police, some honourable members of the State Council, members of Majlis Al Shura, undersecretaries, accredited members of the diplomatic corps to the Sultanate, ambassadors at the Foreign Ministry, sheikhs and dignitaries in the Governorate of Muscat and a number of senior military officers.
Before the dinner, His Majesty Sultan Qaboos bin Said granted the Emir of Kuwait Al Said Order; one of the most elite Omani orders. His Majesty also presented to the guest a memento; an Omani sword.
Sheikh Sabah Al Ahmad Al Sabah, presented to HM the Sultan a memento; a historic copy of the book titled 'Biography of Omani Renowned Figures' (Tuhfat Al Aayan in Seerat Ahal Oman).