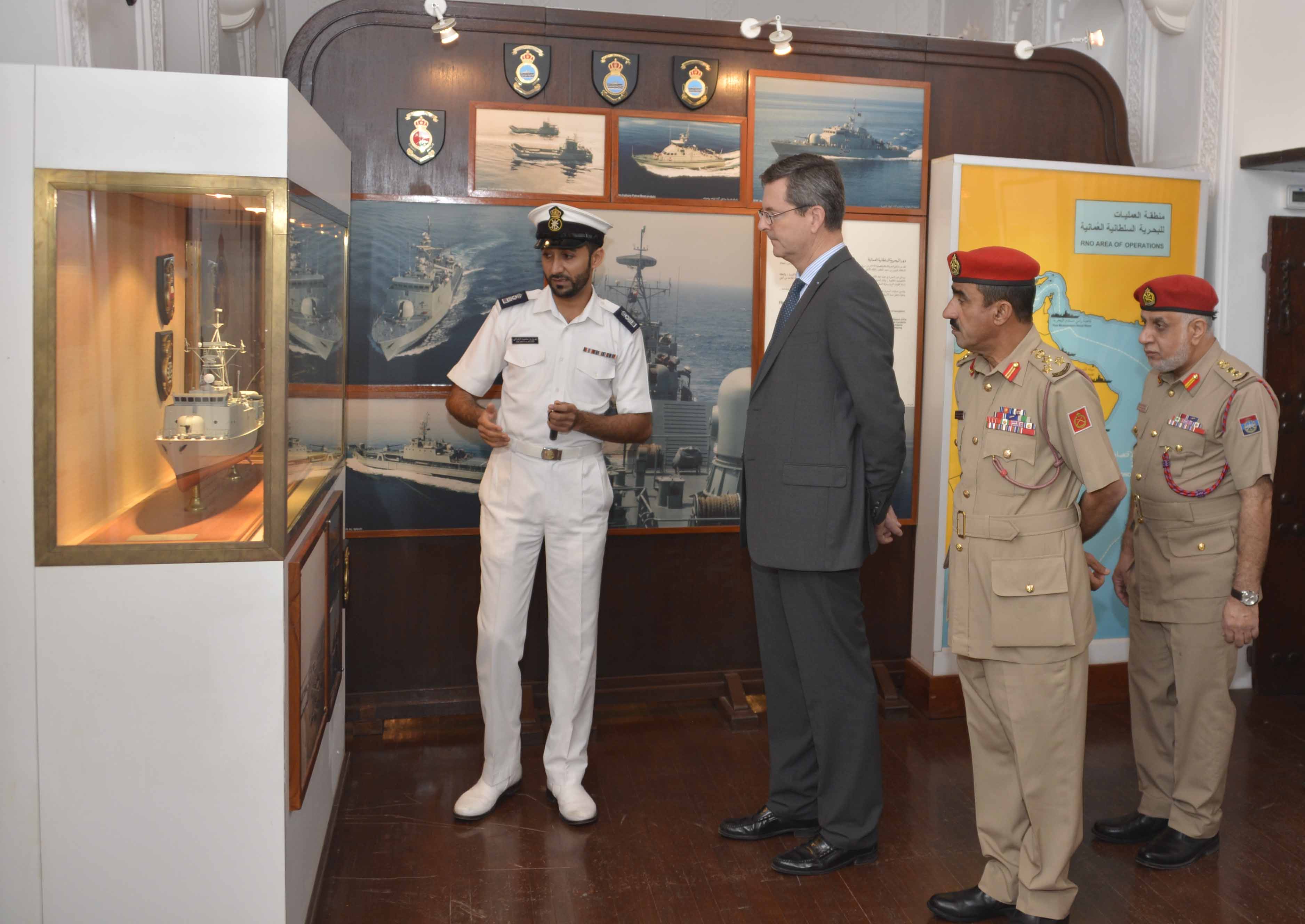 Muscat: Vice Admiral Herve de Bonnaventure, Deputy General Director of International Relations and Strategy at the Ministry of Defence in the French Republic and his accompanying delegation, visited the Sultan's Armed Forces (SAF) Museum on Monday.
Brigadier Saud bin Khalifa Al Hatmi, Head of the COSAF Military Protocols and Public Relations received the guest and his accompanying delegation and escorted them in a tour to various sections of the museum.
The guest and his accompanying delegation viewed the historic manuscripts and models, as well as the Omani architecture in the Bait
Al Falaj Castle. They were briefed on the progress enjoyed by SAF during the prosperous reign of His Majesty Sultan Qaboos bin Said, the Supreme Commander of the Armed Forces.
At the end of the visit, the guest signed the visitor's book, expressing his delight to view the beauty of the historic architecture, rich
civilisational heritage in the Sultanate and aspects of progress and prosperity it enjoys today.