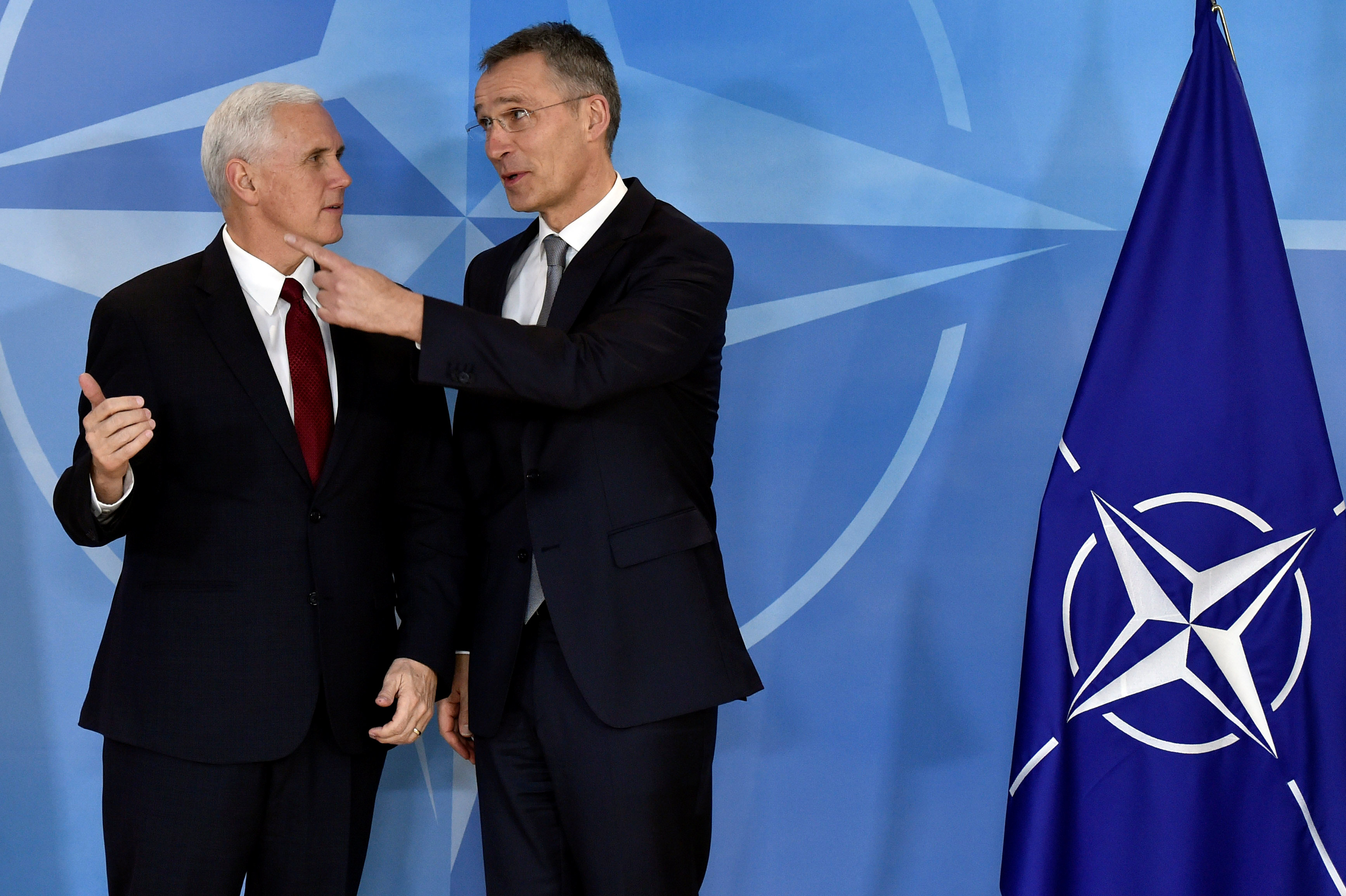 Brussels: U.S. Vice President Mike Pence assured the European Union in Brussels on Monday that the Trump administration will develop their cooperation in trade and security and backs the EU as a partner in its own right.
A month after Donald Trump caused alarm by renewing his endorsement of Brexit and suggesting others may follow Britain out of the EU, Pence told reporters that he had come to "the home of the European Union" with a message from the president.
Speaking of a "strong commitment... to continue cooperation and partnership with the European Union", Pence added: "Whatever our differences, our two continents share the same heritage, the same values and above all, the same purpose to promote peace and prosperity through freedom, democracy and the rule of law."
Donald Tusk, who chairs the European Council of EU leaders, told reporters that Pence had given him affirmative answers to three questions on Trump's support for: the current system of international law, NATO and "the idea of a united Europe".
"Reports of the death of the West have been greatly exaggerated," Tusk said, in a nod to American writer Mark Twain.
EU officials said they were encouraged by what they called Pence's clear assurances, including on U.S. backing for holding the European Union together after Brexit, though they will watch closely to see how far Trump's actions match his deputy's words.
"We got everything we were looking for," one official said.
Pence noted the building of common European institutions after World War II and said: "With this union and in cooperation with the United States, history will attest that when the United States and Europe are peaceful and prosperous, we do advance the peace and prosperity of all the world."
Echoing comments he made over the weekend in Germany, Pence also addressed worries in Europe over Trump's suggestion that the NATO defence pact was "obsolete"; Washington, he said, was committed to defending the sovereignty and territory of European states and holding Russia to account for its actions in Ukraine.
Pence also repeated Trump's belief that "common ground" could be established with Russia after years of confrontation.
Tusk, a former Polish premier who was jailed in the 1980s for opposing Soviet control, seized on Pence's personal memories of a youthful visit to divided Berlin to remind the new administration of the value that Europeans attach to Cold War support from an earlier Republican president, Ronald Reagan.
Europeans are concerned that Trump may prefer bilateral ties with European powers rather than working with the Union. Pence spoke of cooperation, including against hardliners' violence: "The safety and security of your union and our people depends on that increased collaboration on the global fight against terrorism."
Tusk has described Trump as a potential "threat" to Europe and in a veiled reference spoke on Monday of "new and surprising opinions" expressed in recent months in the United States.
EU officials said Pence, the former governor of Indiana, had seemed confident in his new role. One said he sought to assure them Trump's "very American", direct style should not be taken as hostile or reflect a push to isolate the United States behind protectionist trade barriers or from security commitments.
Pence also met Jean-Claude Juncker, head of the executive European Commission, and EU foreign policy chief Federica Mogherini. She said they discussed Syria, Ukraine, Libya, the Middle East, Iran, Afghanistan and North Korea. Pence was later due to meet NATO chief Jens Stoltenberg before flying home.