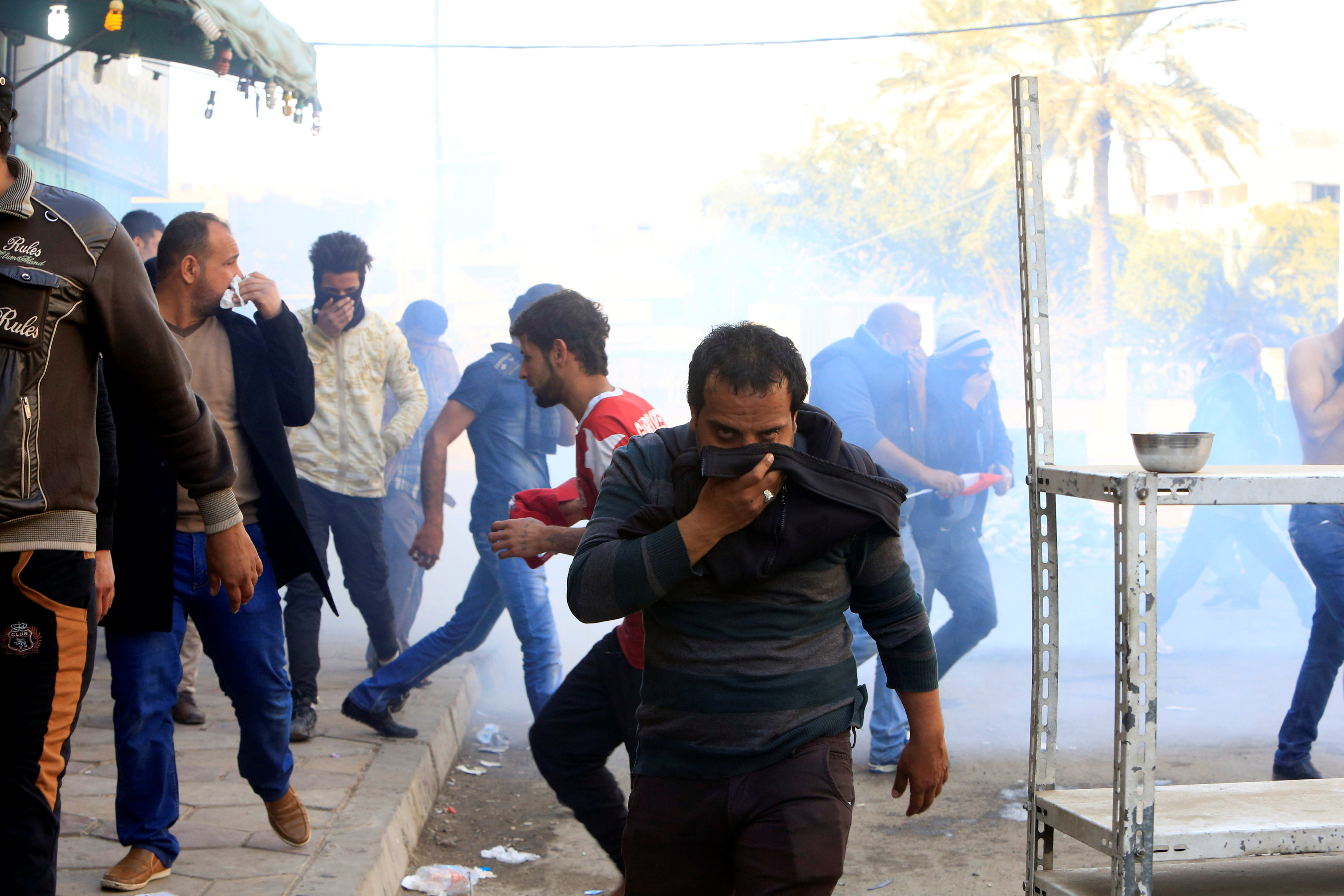 Baghdad: Tension between Iraq's leaders mounted on Sunday as the toll from protests in central Baghdad on Saturday increased to six killed, five demonstrators loyal to the cleric Moqtada Al Sadr and one policeman.
At least 174 other protesters were injured in clashes that pitted police and Sadr's followers who had gathered to demand an overhaul of a commission that supervises elections, ahead of a provincial poll due in September.
The clashes broke out as the protesters attempted to cross the bridge that links Tahrir Square where they had gathered and the heavily fortified Green Zone, which houses government buildings, embassies and international organizations.
In a statement reacting to the killing of his followers on Saturday evening, Sadr said: "Their blood won't have been shed in vain." He promised strong retaliation.
Several Katyusha rockets hit the Green Zone on Saturday evening but there were no casualties, a military spokesman said. The rockets seem to have been fired from Baladiyat, a district where Sadr has many followers.
The growing tensions come at a bad time for Prime Minister Haider Al Abadi who is trying to focus on a critical battle with IS in Mosul, the last major urban stronghold of the militant in northern Iraq.
Four of the five protesters killed were hit by bullets and the fifth died of unknown causes, according to an updated casualties toll given by an Interior Ministry official. Most of the injured were treated for choking on tear gas, he said.
Sadr says the electoral commission is favourable to his rival, former prime minister Nuri Al Maliki, a politician close to Iran whom he accuses of corruption.
He also blames Maliki for the failure of the Iraqi army to contain the advance of IS in 2014, as he was then prime minister and commander of the armed forces.
The cleric said his supporters wanted to get near the Green Zone to make their voices heard by decision-makers, and had no intention of storming it again.
Abadi ordered an investigation into the violence amid claims by the Interior Ministry that some demonstrators carried firearms and knives. Sadr insists his followers were peaceful.
In a statement, Maliki's Dawa party accused Sadr without naming him of trying to "distract the Iraqi people in sedition in order to prevent the efforts to get rid of Daesh (IS)."
Sadr is openly hostile to American policies in the Middle East and, at the same time, he has a troubled relationship with Iraqi political groups.
Sadr is the heir of a clerical family who suffered under Saddam Hussein, the former president toppled in the 2003 US-led invasion. His rivals had fled Saddam's persecution, returning to Iraq after the invasion.
His followers held several demonstrations last year to press for anti-corruption reforms and stormed the Green Zone after violent clashes with security forces.
Iraqi forces last month completed the first phase of the Mosul offensive that started in October, by removing the militants from the eastern side of the city. They are now preparing to attack the part that lies west of the Tigris river.