A month after demise of Sultan Qaboos, His Majesty to continue with his legacy 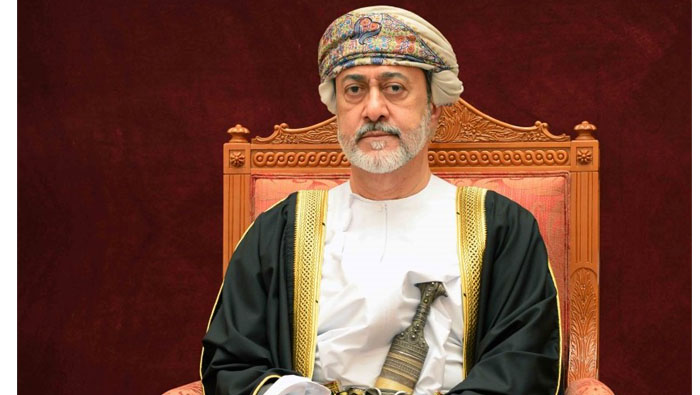 Muscat: More than a month after the passing of His Majesty Sultan Qaboos bin Said bin Taimour, people in Oman still look back at all that he did for the country.

The demise of Sultan Qaboos was announced in the early hours of the morning on Saturday, 11 January, and his successor, His Majesty Sultan Haitham bin Tarik, in his coronation speech, paid tribute to all that Sultan Qaboos had accomplished.
**media[1103508]**

Assuring the citizens, residents and world leaders, His Majesty Sultan Haitham bin Tarik promised to continue with the Sultanate’s policy of strategic neutrality and work for regional peace and security, and prosperity of the nation.

Among the late Sultan Qaboos’ achievements were the transformation and development of Oman’s infrastructure sector, as he built across the country a good network of roads, as well as modern airport and seaport facilities.

“He set up an infrastructure that has become the centre of the attraction of the world,” said His Majesty Sultan Haitham in his speech, referring to the achievements of late Sultan Qaboos.

Officials from Oman’s logistics and transport sectors have hailed the development over the past 50 years, and are confident they will continue to grow and develop in the coming years.

Explaining how vast improvements had been made to the country’s road network, Ali Al Barwani, the former CEO of the Oman Road Safety Association (ORSA), said, “He gave priority to roads because he knew that good roads would lead to easier connections in the country. The roads of a country are almost like blood in the human body. Their connectivity is very important. His Majesty did so much for us in so many sectors: education, healthcare, tourism, and many others, but you can only access all of this through roads.

“The landscape of Oman is also not easy to navigate – before the 1970s, that is before there was a proper road network, it was very difficult to go from one place to another. The best example to show this is Jabal Akhdar,” he added. “It was so difficult to get there, and because of the landscape, building a road there was also tough, but that road that connects the mountain to the rest of Oman is now one of the best in the country, and because of that, development has come to Jabal Akhdar.”
“During His Majesty’s reign, we saw many major road projects coming up. The Batinah Expressway, for example, connects all of northern Oman and beyond,” explained Al Barwani.

“People were recently celebrating the opening of the Sharqiyah Expressway, and you have the new Adam-Thumrait road, an alternative route to Salalah, as well as the new Dibba-Lima-Khasab road, which has been planned in order to link areas better. We are confident that under the new Sultan, His Majesty Haitham bin Tarik, the quality of roads will continue to improve and more facilities will come on these roads, so that they offer more utility to people in the country.”

Talking exclusively to the Times of Oman, Saleem Amanulla, Senior Vice President (SVP) of Ground Operations at Oman Air said that the journey of the aviation sector has been an incredible one.

“In 2007, the Government of Oman decided to expand its regional carrier Oman Air, formed in March 1993, and gave it the status of its national carrier,” he explained. “Initially, the airline had only three aircrafts that catered to two domestic and two international destinations in the UAE and India respectively. It was in 2009 that we had our first long haul flight to London.”

“Today, we are handling 55 destinations including both domestic and international destinations,” he went on to say. “Needless to say, the aviation sector in the country has a very sophisticated structure now that everything falls under the Oman Aviation Group, which looks into three different sectors – the airline, airport, and service offerings like handling, catering and duty free,” Amanulla said.

Shedding some light over the developments in the logistics, ports and transportation sectors, Dr CK Anchan, an advisor on international trade based in Oman, said, “Oman is focusing on an integrated national innovation system in which national policies are interlinked with other components of the system, from infrastructure, research and development, technology transfer, manufacturing, and production, to digital and information readiness.

“Oman is benefiting from the availability of a quality and trustworthy global infrastructure that has achieved a high level of regional and international competitiveness in the field of land, sea and air transportation, logistics, communications, in addition to the introduction of modern technology, and the development of scientific research and innovation in transportation and logistics,” he added.

“The Sultanate will continue to bank on its thriving non-oil sectors to drive economic growth over the medium term, aided by a flurry of new enabling policy actions and a brightening business environment,” he added. “The outlook, however, looks to be robust over the medium-term with expected recovery in oil prices and accelerated traction in non-oil economic activities. The non-oil sector will continue to gain traction on the back of an improving business climate underpinned by effective policy decisions.”