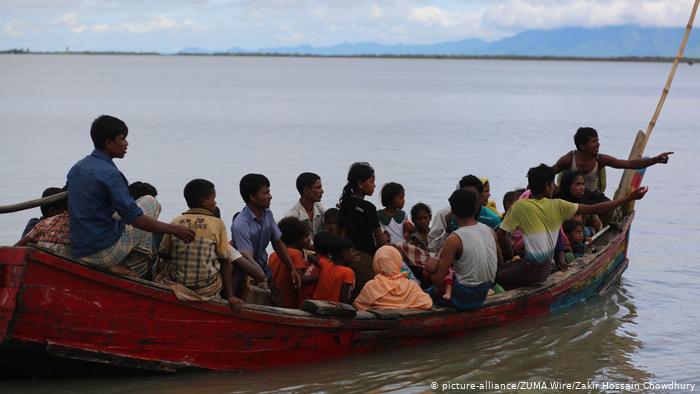 At least 16 people were dead and dozens more were missing after a boat carrying Rohingya refugees capsized off the coast of Bangladesh on Tuesday.

The vessel was overcrowded, with 124 people on board, local official Noor Ahmed told news agencies. The Bangladeshi navy and coast guard had pulled the bodies of 14 women, one man, and one child from the water, he said, and rescued 62 others so far.

Ahmed said that the refugees had been lured away from refugee camps in Bangladesh by traffickers promising them passage to Malaysia.

Those rescued along with the recovered bodies had been brought to nearby the bodies Shah Porir island in the Bay of Bengal, as emergency workers continued to comb the area, officials said.

The vessel in question was barely 13 meters (40 long) and had been attempting to make the perilous 2,000-kilometer (1,250-mile) journey ahead of the upcoming monsoon season.

More than 700,000 Rohingya Muslims have had to flee neighboring Myanmar to escape ethnic cleansing and oppression on the part of Myanmar's army.

Bangladesh's security services have intercepted at least 500 Rohingya refugees from its shores since last year as refugee camps become increasingly run-down and overcrowded.

The government of Myanmar has denied allegations of ethnic cleansing and genocide, insisting that the rest of the world does not understand what is happening within its borders. It continues to claim that the Rohingya are illegal immigrants.