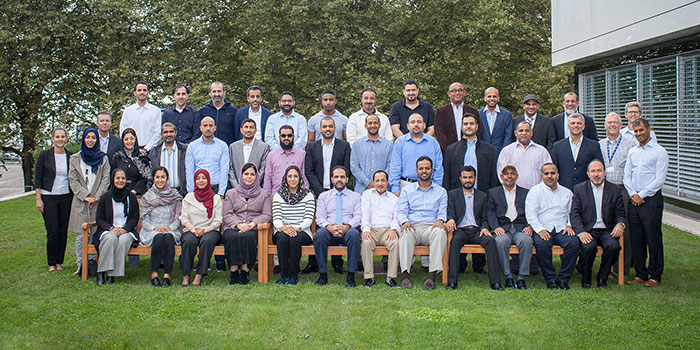 Muscat: A National CEO Program is urging ambitious Omani women to sign up for the next generation programme for young leaders. Though recruitment for the national programme is to start within weeks, the response from the women in the Sultanate has been weak.
Around the world, Omanis are known as quiet, humble and hospitable people. To some, this may seem like a disadvantage when it comes to the business world, but in Oman’s National CEO Program (NCP), these traits are necessary to make a local and global impact on the economy, organisers say.
In March, 2015, His Majesty Sultan Qaboos bin Said gifted the nation a programme that would help develop the next generation of Omani leaders and executives in the private sector.
Since then, 35 Omani individuals have graduated from the CEO Program, and 35 more will graduate this year.
Richard Kemp, Director of the NCP, believes that the programme is designed to help Omanis reach their true potential, but he wants more women to apply for it.
“Omanis are able to make this journey because so much of what is needed is already here. We are only tapping into things that are deeply present already. We want more women to join the programme (and) we know they are out there,” Kemp said.
The first group of 35 participants had only 12.6 per cent women representation. In the second cohort, only six were female.
The National CEO Programme has a rigorous application process which requires a degree and eight years of managerial experience. Besides, the applicant must be at least 27 years of age.
“We had a woman come to us all the way from Sur, asking why she needs a degree when she has spent her whole life breaking down so many barriers. These are the women we are looking for,” Kemp said.
Azhar Al Barwani graduated from the Sultan Qaboos University in Finance. When she landed her first job, she found herself working in the supply chain department of the company, not finance. Despite her confusion and disappointment, Barwani found herself enjoying her work much more than she anticipated, and took advantage of the opportunity.
Today, Al Barwani is the head of In Country Value of Daleel Petroleum and is half way into the NCP. As one of the six women in the second cohort, Barwani is not only a career woman but a dedicated mother as well.
“As an individual, I’ve found that the programme is about shunning whatever inhibitions we have, to be a better leader, to put together the skills and competences we each have and transform the way we think. I am able to be a better person for my family, company and community.
“Women comprise half our population, so frankly I would have liked to see more women. Six (women) out of 35 people isn’t enough. One reason could be because people don’t feel confident enough. Males tend to be over confident, which would encourage them to push and apply for the NCP. In some of the exercises we saw in the programme, the theory suggested that women tend to view themselves with less confidence and in more modest terms than (seeing themselves as) who they actually are, or what their true potential is. For men, that push in confidence doesn’t give them a sense of fear, and I think that’s part of the reason the programme lacks women,” Barwani said.
Barwani’s advice for women who are contemplating applying for the programme is simple: “Just go for it.”
“Especially, if you see yourself meeting the set criteria, you are already in a privileged position. You have already made it that far. A part of the requirements is being a CEO, or a CEO minus 1 or a CEO minus 2. Now, you have already come that far, you have the competence to perform, you have the potential. Therefore, I think it’s an obligation that you give yourself a chance to push yourself to a different level,” Barwani said.
According to the director, more than 1,300 individuals had applied for the first cohort. In the second cohort, 900 people had applied.
“Even if you ignore the success stories post-graduation, you can see how powerful the NCP truly is. The large number of applications shows that people are taking an initiative to want to be better. It truly reflects how much the people of Oman want this. We are producing really representative community business leaders. There is more of a competitive advantage than most Omanis realize,” Kemp stated.
The two week application window for the NCP starts in March. Through the process, the number of applicants will be reduced to 60 individuals, then 45, and will finally be brought down to 35.
“In effect, people are being asked to put more thought into their application. People shouldn’t be scared not to apply again just because they didn’t make the first or the second cut. There is a deep competency analysis that is involved. A hundred individuals is the minimum number required to change a business culture and system. That is what we are working on,” Kemp said.
During the application process, individuals are not only required to send a CV but also two letters on how their enrolment in the programme would not only help their company, but the country as well.
“It’s important that people understand how business life interacts with others. The skill set of the future is not the same as (the skill set of) the past. It’s about building a real ecosystem, and if you are a part of the problem solving, then you are always needed,” Kemp said.
“It is a gift to the nation from His Majesty, and those who graduate from the programme are a gift from the Omani people to the world,” he said.