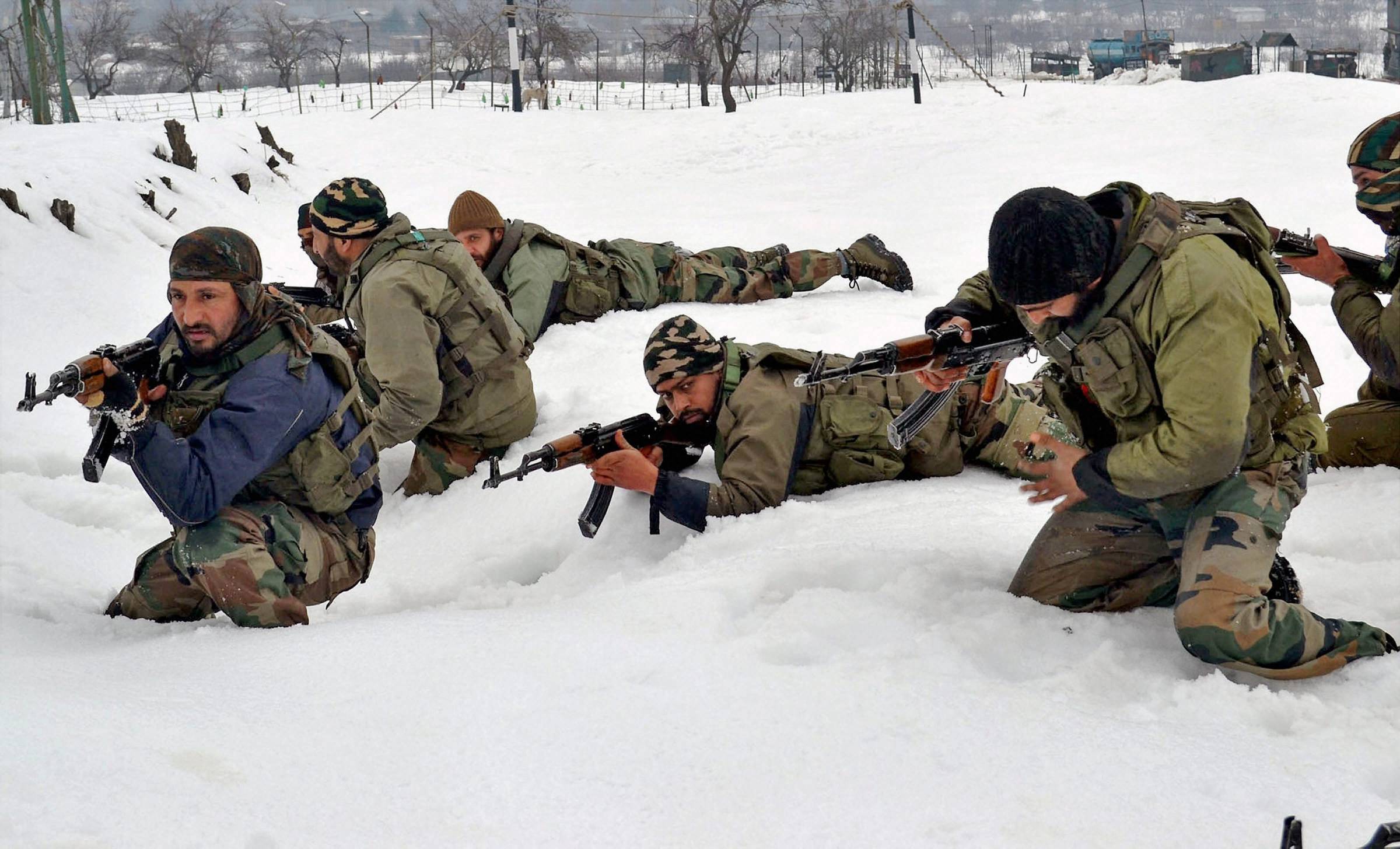 Srinagar: A "major terrorist operation" was on Friday thwarted as two top Hizbul Mujahideen militants were killed in an encounter with security forces in Indian-administered-Kashmir's Baramulla district.
Superintendent of Police (Operations) Shafqat Hussain and a Sub-Inspector, Mohammad Murtaza, were also injured in the gun battle which took place near Amargarh village of Sopore, 50 km from here, after police intercepted the two militants travelling in a vehicle, a police spokesman said.
"An information was received that militants were travelling in a vehicle and were planning some terrorist action in Sopore area. Police and security forces immediately swung into action and intercepted them near Amargarh Sopore.
"While being challenged, terrorists lobbed a grenade and fired on police party in which the SP (Operation) Baramulla and a sub-inspector were injured.
In the retaliatory action, two militants were killed," the spokesman said.
He said two AK assault rifles, one pistol, four hand grenades and other arms and ammunition were seized from the scene of the encounter.
"With the elimination of these militants, a major terrorist action was averted," the spokesman said.
Meanwhile, Hizbul Mujahideen identified the slain militants as Azaharuddin alias "Gazi Umar" and Sajad Ahmad alias "Babar", saying both were local militants and were active for quite some time. It termed the killing of the two militants as a "big loss" and said Azharuddin was a lecturer by profession who had abdicated the government service and had joined the outfit.