Mattis reaffirms US alliance with Japan 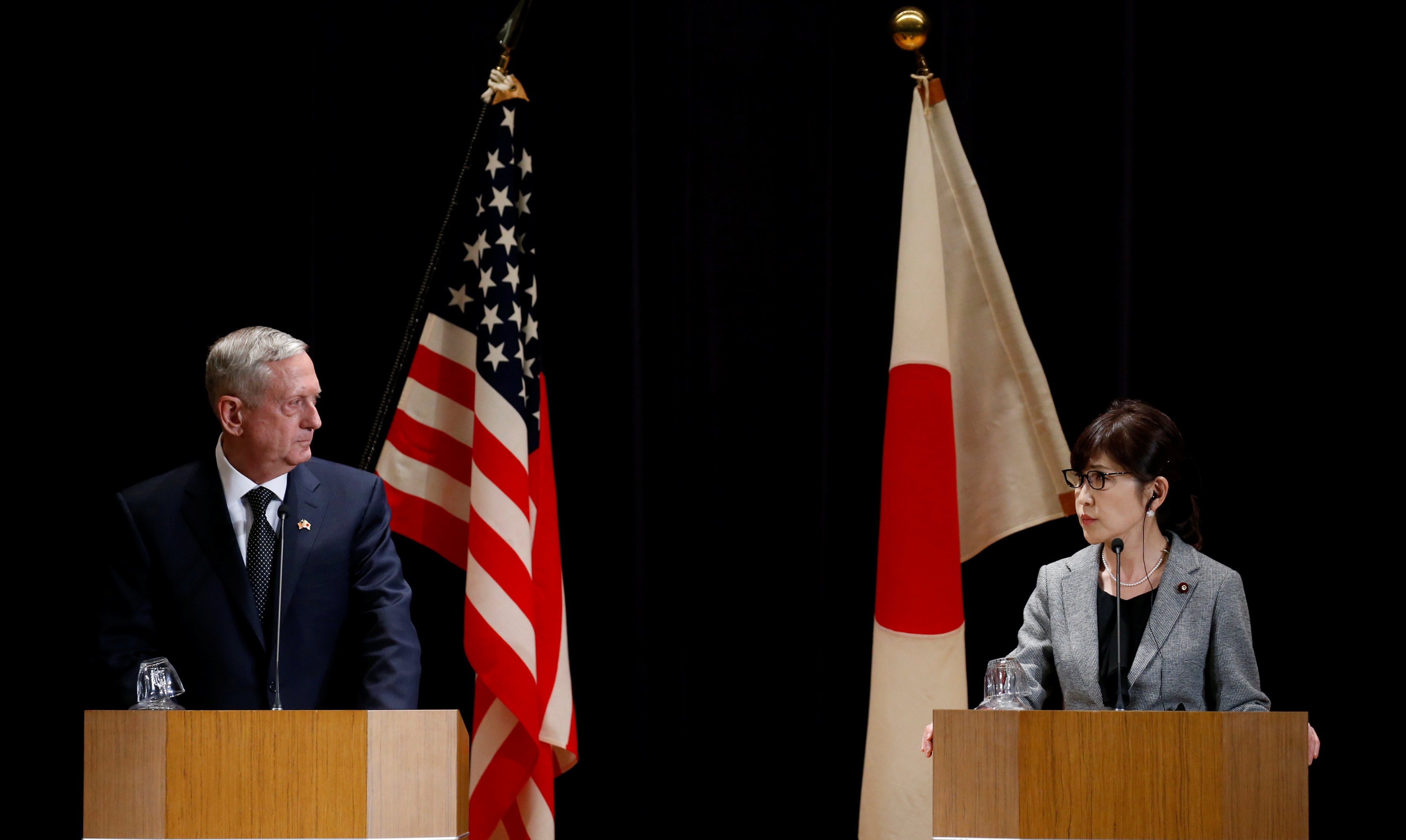 Tokyo: US Defence Secretary Jim Mattis wrapped up a visit to Japan on Saturday reaffirming Washington's commitment to its defence treaty with Tokyo amid concerns about President Donald Trump's approach to the region and the alliance.
Mattis reiterated that provocations by North Korea, which is advancing its nuclear weapons and missile programs, as well as China's growing assertiveness in the South and East China Seas, left no room for doubt about US commitment to Japan's defence.
That was similar to the message that Mattis - making his first overseas trip since taking office - delivered in South Korea, Washington's other key Asian ally, earlier in the week.
He appeared eager to reassure Japan of US resolve, after a 2016 election campaign in which Trump suggested both South Korea and Japan were benefiting from a US security umbrella without sharing enough of the costs.
"The US-Japan alliance is critical to ensuring that this region remains safe and secure - not just now, but for years to come," Mattis told a joint news conference with Japanese Defence Minister Tomomi Inada.
But in what could been seen as a subtle prod to Japan to do more, he added: "But make no mistake: in my meetings with Japanese leaders, both our nations recognise that we must not be found complacent in the face of the emerging challenges we face.
"As our alliance grows, it will be important for both our nations to continue investing in our defence personnel and capabilities."
Mattis said Tokyo's financial support for US troops in Japan had been a "model of cost-sharing" while Inada told the same news conference there had been no discussion of whether Japan should increase that funding.
Mattis also noted that Prime Minister Shinzo Abe has increased defence spending since taking office in December 2012, a move he said was "on the right track."
Japan's defence spending is around 1 per cent of gross domestic product, compared to around 2 per cent for China and over 3 per cent for the United States.
Mattis also repeated that Trump's administration would adhere to Washington's commitment to defend disputed East China Sea islands that are under Japanese control but claimed also by China, an assurance that Tokyo has been keen to hear.
Inada said she told Mattis that Japan would play a proactive security role, in line with legal changes enacted under Abe that eased the limits of its pacifist constitution on its military's operations overseas.
At the start of her talks with Mattis, Inada said she hoped his visit to Seoul and Tokyo would deepen three-way security ties. Japan's relations with South Korea have frayed recently due to a feud over wartime history, just as tensions over North Korea make cooperation vital.
"South Korea is an important neighbour," Inada said.
"I want to link Secretary Mattis' visit to Japan and South Korea to the further deepening of defense cooperation among the three countries."
Japan's relations with South Korea have frayed recently due to a feud over wartime history, just as tensions over North Korea make cooperation between the two allies vital.
Japan last month temporarily recalled its ambassador to South Korea over a statue near the Japanese consulate in Busan city.
Tokyo says the statue, put in place late last year, and another near the Japanese embassy in Seoul, violate a December 2015 agreement stating the issue - which has long plagued ties - would be "irreversibly resolved" if all conditions were met.