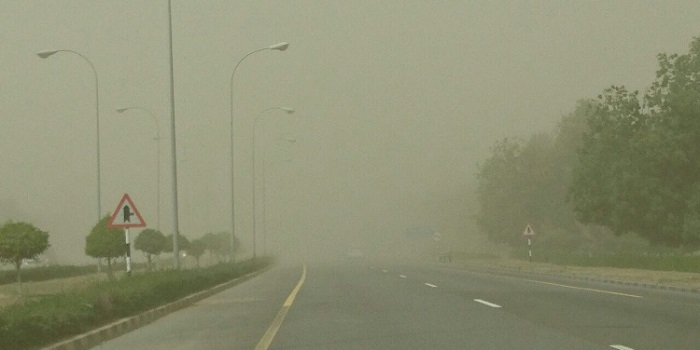 Khasab: Several inches of hail have been dumped in Oman's northern region of Musandam, due to an intense hailstorm in the area, according to a local weather enthusiast.
"Almost all areas in Mussandam and Khasab are covered with hail. It's windy too. In Sohar, there were strong winds and rain," Bader Ali Al Baddaei, an administrator of www.rthmc.net, a local Web-based forum that discusses weather in Oman, told the Times of Oman.
Meanwhile, Oman metereology department has predicted sandstorms in northern parts of Oman. The department has also predicted that sea waves will be above three metres. Due to bad weather, Oman Air has also been forced to cancel their Khasab flight and reschedule the one to Salalah. Oman Air's updated departure time of flight WY941 MCT-SLL is now 1630 local time.
"Return sector SLL-MCT WY942 is scheduled to depart at 1905 local time," read a tweet on Oman Air's official account, while budget airline Salam Air also cancelled flights to Salalah due to bad weather conditions.
"Due to deteriorating weather conditions in Salalah, SalamAir regrets to inform you on the cancellation of today’s flights OV001 & OV002," the airline's tweet read.
This is the second time in the space of a week that Oman has received rainfall. Last week, showers in the country caused flooding of wadis and accidents across many major roadways in the Sultanate.