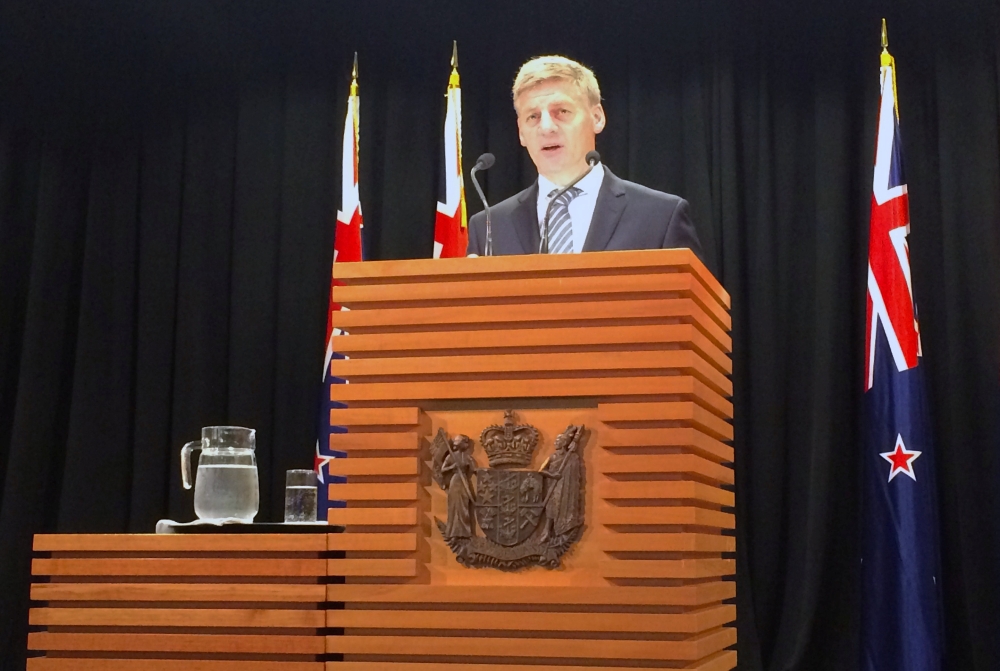 Setting out his vision in a State of the Nation speech in Auckland on Thursday, English, who became prime minister less than two months ago, said there are "tensions building up in world politics” including "a newly assertive Russia and China, the ongoing refugee pressures around the Mediterranean, Brexit, a new U.S. President and rising nationalism.”

"I believe the biggest threat to New Zealand is disruption of the international system of open trade,” English said. "Under my leadership, New Zealand will continue to advocate for free trade and aim to execute high quality trade agreements.”

English on Wednesday named Sept. 23 as the date for this year’s general election, in which his National Party will seek a rare fourth straight term in office. The government will argue that a "steady hand” is important during times of global uncertainty, Finance Minister Steven Joyce said in an interview this week.

"When our values and direction are tested, we should remember that history shows we’ve developed a successful recipe for New Zealand over many years, and we can hold true to our values,” English said today. "We have forged a distinctive place in the global community as a fair- minded people with a successful economy open to trade, investment and migration. That economic success has been hard won by New Zealanders. It should not be taken for granted.”