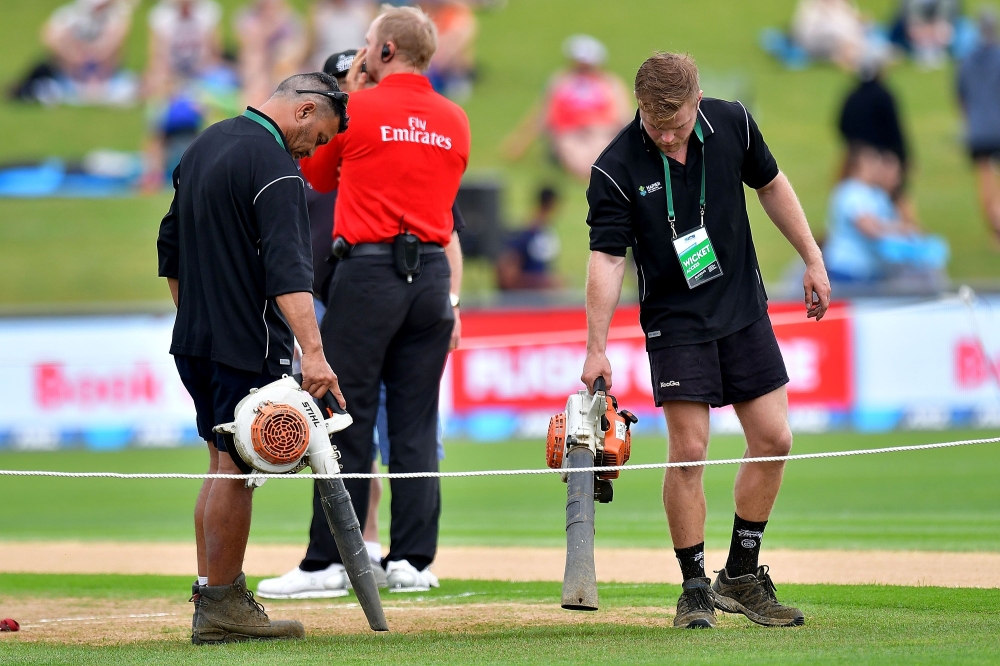 Napier, New Zealand: An unsafe outfield forced the abandonment of the second one-day international between New Zealand and Australia without a ball being bowled on Thursday.

Rain during the morning had left the McLean Park outfield sodden and play was delayed by almost five hours before the game was officially called off at 1845 (0445 GMT).

The decision was met with resigned frustration from the large crowd, who had sat patiently for hours hoping to see some action, particularly since the rain had actually stopped about 15 minutes before the scheduled start of play at 1400.

Ground staff removed the covers from the square about an hour later and begun preparing the surface while the players started warming up with a 37-over game scheduled to begin at 1645.

However, the warm-ups caused water to seep to the surface, with Australia captain Aaron Finch unearthing a large divot with minimal effort, forcing umpires Kumar Dharmasena and Chris Brown to deem conditions still unsuitable for play.

After two further inspections, the large crowd grew increasingly restless and broke into an ironic slow handclap with cries of "hurry up" when there was no official announcement on when play was likely to begin.

A final inspection was made at 1830 and the decision to abandon the contest was confirmed 15 minutes later.

The third and final match of the series is at Seddon Park in Hamilton on Sunday. New Zealand hold a 1-0 lead after winning the first game in Auckland on Monday by six runs.