Grateful to be airlifted out of Wuhan: Omani students 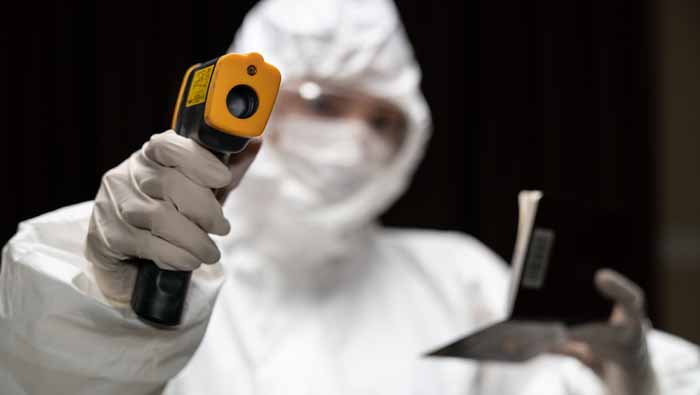 Muscat: Omani students who were airlifted out of Wuhan in China have thanked the Oman government for taking them out from the virus-affected zone.
Speaking exclusively to Times of Oman, one of the evacuated students said, “I thank the Oman Embassy in Beijing, the Oman Embassy in Jordan and all the Omani authorities for their efforts in keeping us safe and healthy. In addition, I want to thank Jordan for all the support they have given us, and the kindness that we were shown after coming to Jordan.”
Omani and other Arab students were evacuated from Wuhan province in China to Jordan to prevent getting infected by the Novel Coronavirus. They are currently at Al Basheer Hospital in the Jordanian capital of Amman, having been transferred there directly from Queen Alia International Airport.
One of the students evacuated to Amman, and chose to be known only by his last name Al Jabri, said that since they had left China in a hurry, they did not have anything with them when they landed in Jordan.
“We moved from Wuhan on January 31, and we reached Jordan in the early hours of February 1,” explained the 22-year-old. “In Jordan, the officials are taking very good care of us. The Jordanian health team checked our temperature and then they transferred us to Al Basheer hospital in Amman. We contacted the Oman embassy in Amman to follow up on our situation and help us, because we didn’t have anything.”
“The embassy provided us with all the items we needed,” added Al Jabri, who hails from Muscat governorate.
“An official from the Oman embassy came to meet us directly to check on our situation and our health. We spoke to him, and shared with him our current situation and our concerns. The Jordanian officials have allowed us to keep our phones with us, so my family members are able to contact me.”
Although Al Jabri and other Omani students are keen to return home, they will be expected to stay there until the 14-day quarantine period has ended.
Counsellor Faisal Al Hosni, the Deputy Head of the Oman delegation in Amman, said, “We contacted the doctor who was examining the Omani students, and he confirmed that all the examinations went well, with there being no cause for concern.
“We are also in contact with the existing Omani students and their condition is very good,” he added. “We have provided all of the things they have requested, we are following up on their situation, first with the students themselves, and then with the competent Jordanian and Omani authorities.”
Al Hosni went on to add, “The Jordanian Minister of Health has ordered that no student will be discharged from the hospital, even if his health condition is good, until after the end of the quarantine period. All the cases brought from China were put together in one hospital that was designated for them in Amman.”
Another student, who once again chose to share only her last name – Al Aliani – also spoke to the Times of Oman about the screening procedures followed by the Jordanian teams, after her departure from China.
“I had intended to travel from China to Oman on February 3, but the borders were closed on January 18, so I could not travel. My family did not know that I was in Wuhan because I did not want them to worry. My brother and uncle were the only ones who knew I was in Wuhan, and when they learned about the virus, they began contacting me to arrange my travel from China, and they were in close communication with the Omani embassy in China.
“We arrived at Amman Airport and were received by a Jordanian health team,” she explained. “They checked our temperature and our faces using special devices. Then, they transferred all of us to Al Basheer Hospital and are currently making periodical checks of our temperature and other symptoms.
“We all are in good health,” she added. “I am staying in one room with a Jordanian girl. An Omani student resides in the room next to mine, and the other one is on the floor above mine. I’m in good health, and I’m eating and sleeping well. Our needs are being properly met, and we have good doctors near us, while my fellow students are also with me.”
According to the World Health Organization, there are 20,630 reported cases of the novel Coronavirus from 24 countries globally. More than 400 people have died due to the disease. The majority of these cases have been recorded in China’s Hubei province, the capital of which is Wuhan, the source of the Coronavirus.