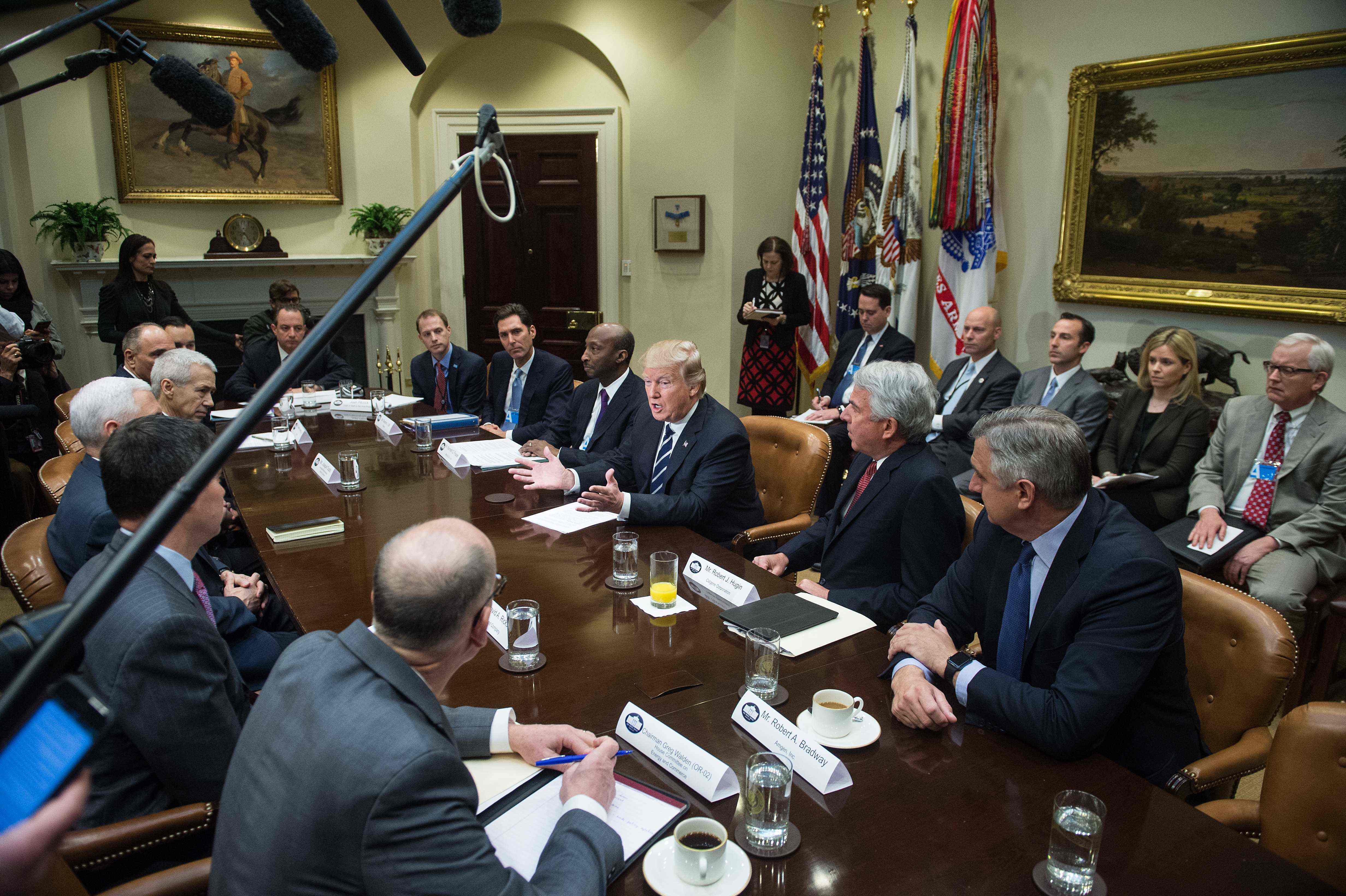 Washington: US President Donald Trump on Tuesday called on the pharmaceutical industry to boost US production and lower prices, while also vowing to speed up approval times for new medicines and appoint a new US Food and Drug Administration leader soon.
Shares of five of the six drug companies at the White House meeting with Trump were up more than 1 per cent on average following the president's remarks, compared with a 0.5 per cent drop in the broad S&P 500.
The Nasdaq Biotech Index was up 1.1 per cent, reversing earlier losses, and the S&P 500 health care index gained 0.7 per cent. Attending the meeting were the CEOs of Novartis AG, Merck & Co Inc, Johnson & Johnson, Celgene Corp , Eli Lilly & Co and Amgen Inc as well as the head of the Pharmaceutical Research and Manufacturers of America lobbying group.
Trump told the drugmakers that pricing had been "astronomical." "We have to get prices down for a lot of reasons. We have no choice, for Medicare and Medicaid," Trump said at the meeting, citing the nation's government insurance programmes for the elderly, the poor and the disabled that together are the largest US purchaser of medications.
Trump also said currency devaluation by other countries had increased drugmakers' outsourcing their production and called on the companies to make more of their products in the United States. He added that foreign countries must pay fair share for drug development costs.
"We're going to end global freeloading," Trump said. Novartis CEO Joe Jimenez, who is chairman-elect of the industry lobbying group, said last week that he wanted to talk to Trump about efforts to develop pricing models that would pay for clinical results rather than a flat price per pill, as well as plans to replace the Affordable Care Act, which is popularly known as "Obamacare."
Trump spooked investors in the pharmaceuticals and biotech sectors by saying on January 11, before his inauguration, that drug companies were "getting away with murder" on what they charged the government for medicine and that he would do something about it.
That prompted the pharmaceutical lobbying group to unveil a new TV marketing campaign last week to improve its image by focusing attention on strides in research.
Company executives, meanwhile, have tried to tread a careful line in defending their industry while expressing optimism that the United States would continue to reward scientific advances.