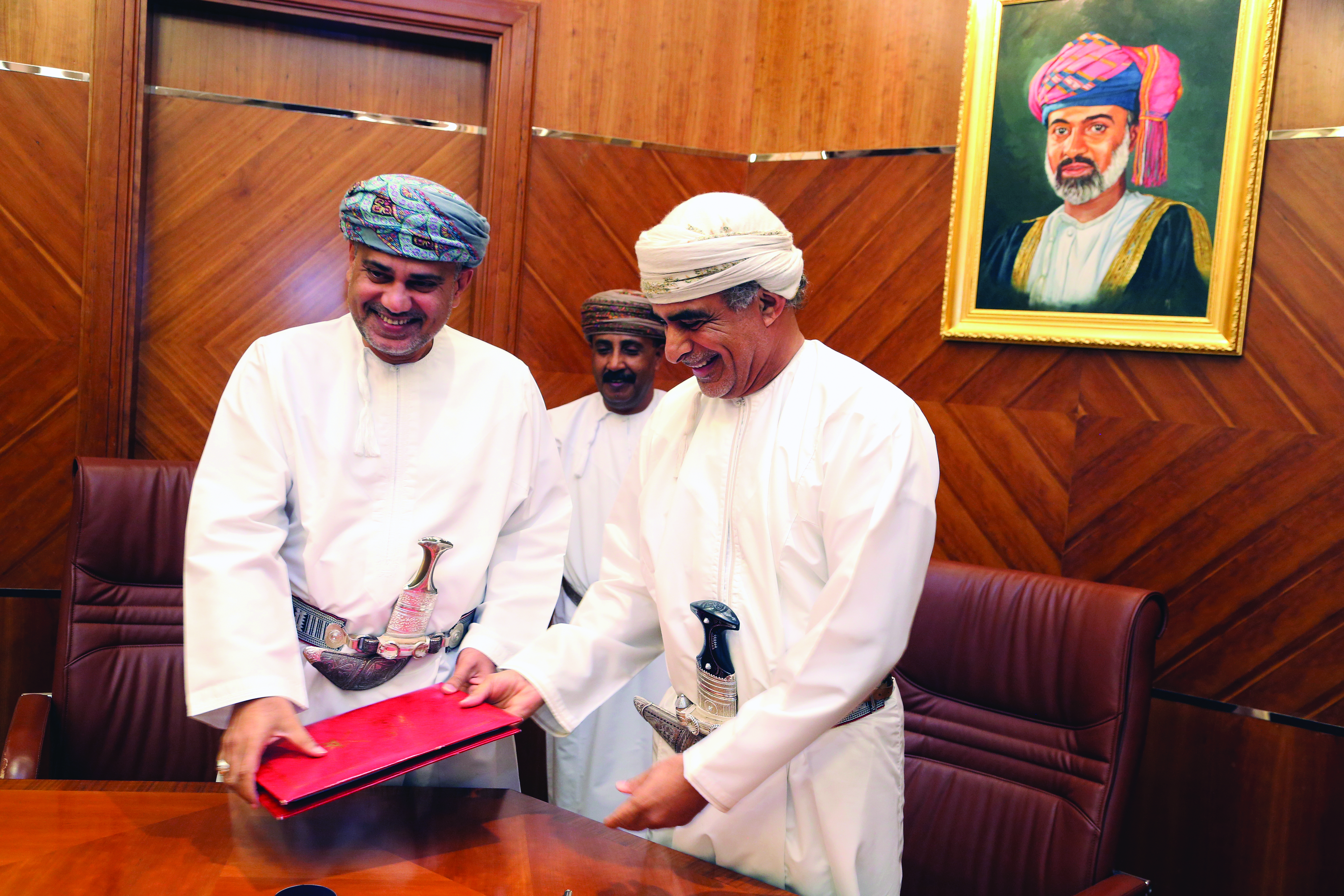 Muscat: Oman’s Ministry of Oil and Gas on Tuesday signed an exploration and production sharing agreement with Oman Oil Company Exploration and Production for developing block 48, located between Al Wusta and Al Dhahira regions.
Under the agreement, the Oman Oil Company Exploration and Production, which is a subsidiary of the state-owned Oman Oil Company, will explore oil and gas in an area of 2,995 square kilometres.
The company will reprocess old seismic survey, carry out new 2D and 3D seismic surveys and drill a well during the exploration period.
The agreement was signed by Dr. Mohammed bin Hamad Al Rumhy, Minister of Oil and Gas, with Isam Al Zadjali, the chief executive officer of the Oman Oil Company.
Al Zadjali said the initial exploration period would normally be three years and the company plans to drill one well and conduct detailed seismic studies during the period.
“Block 48 is next to block 60, which is producing oil and gas,” he added.
60,000 BOEproduction
Referring to the overall production estimate of the company, he said the Oman Oil group is expected to produce 60,000 barrels equivalent of oil (BOE) this year.
The Oman Oil Company chief also said his company is talking to international oil firms for re-looking at the development of block 42 from a different perspective. He said the company has drilled a few exploratory wells, but these were not successful from a commercial point of view. “(However,) we found an interesting accumulation in an unconventional part.”
Al Zadjali said the Oman Oil Company has interest in several oil and gas blocks in Oman, including its fully owned block 9, block 61 (with BP), block 9 and 62 (with Occidental). The company’s strategy is two-fold – to become a competent operator and to partner with international oil companies to jointly own and operate various oil blocks in Oman.
Block 30 proposal
Al Zadjali said the Oman Oil Company has submitted a proposal for developing block 30, jointly with Occidental. This onshore oil block is part of the four oil blocks that the Oman government is planning to offer through a tendering process this year.
The Oman Oil Company chief also noted that Musandamgas plant is processing around 50-70 million standard cubic feet of natural gas per day.