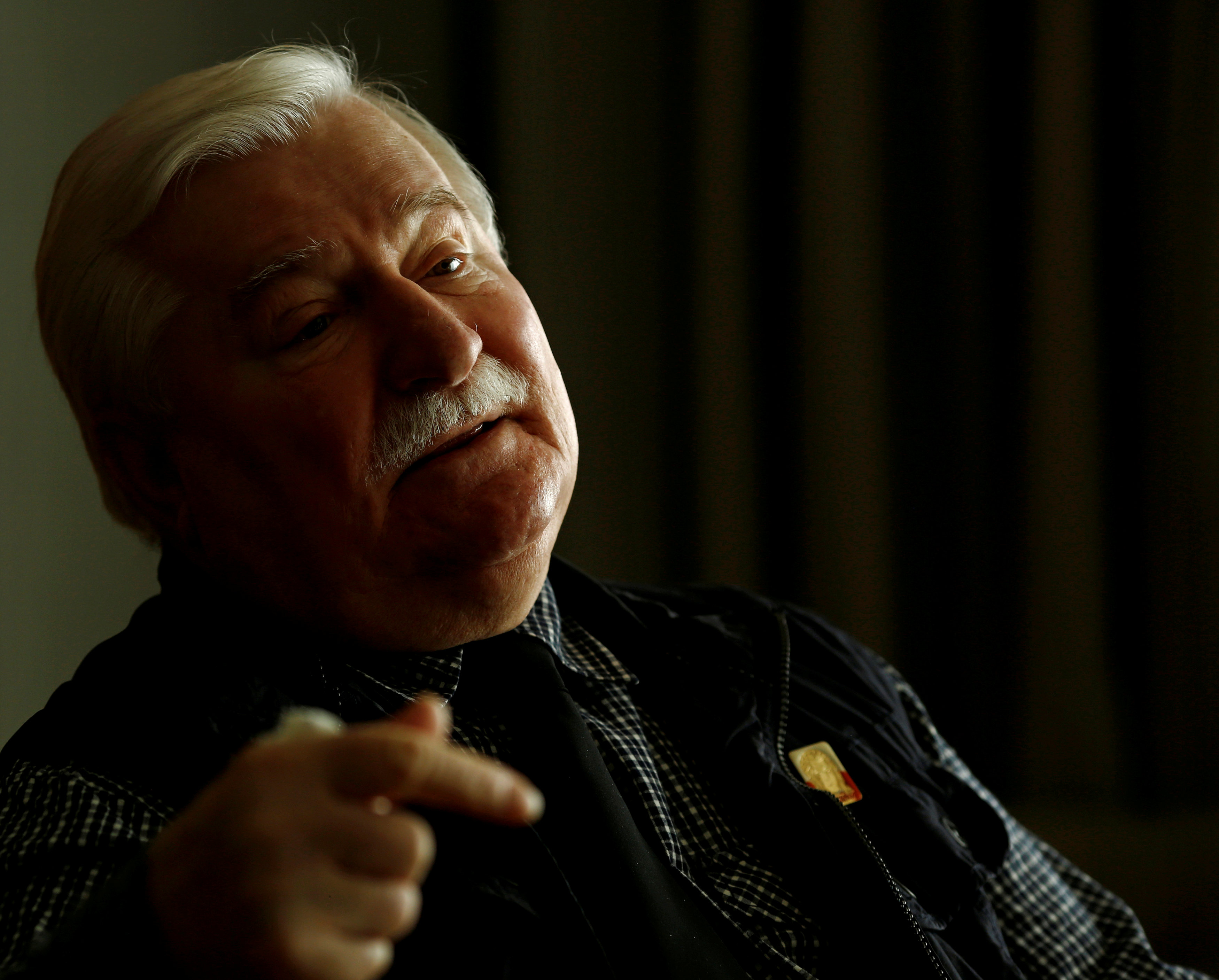 Warsaw: Poland's government-affiliated history institute said on Tuesday it had new evidence that Lech Walesa, who led protests and strikes that shook communist rule in the 1980s, had been a secret police informant in the 1970s.
A lawyer for Walesa, whose actions leading the Solidarity trade union contributed to the fall of communism throughout eastern Europe, said the evidence could be faulty and asked to question the assessors.
The Institute of National Remembrance (IPN) said a handwriting study showed recently-publicised documents suggesting Walesa, who was awarded the Nobel Peace prize and later became president, had indeed collaborated were genuine.
The IPN said forensic evidence proved he had provided at least 29 reports, signed with the codename "Bolek", long ascribed to Walesa. It did not say what these reports contained.
"There is no doubt," investigator Andrzej Pozorski told a news conference. "A handwritten agreement to collaborate with the Security Police from December 21, 1970, was written in its entirety by Lech Walesa."
The issue of whether Walesa collaborated has become deeply divisive in Poland.
Former electrician Walesa, with his familiar fulsome moustache, being borne aloft by workers occupying the Gdansk shipyards became one of the abiding images of anti-communist movements in the Soviet bloc. He became an object of fierce condemnation by Soviet authorities.
Pozorski said the IPN, a state agency tasked with investigating crimes "against the Polish Nation" from World War Two until the collapse of communism, had reviewed 17 cash receipts and concluded they were written by Walesa.
Walesa has acknowledged once signing a commitment to inform. But he insists he never fulfilled it and a special court exonerated him in 2000.
Walesa's legal representative, Jan Widacki, said the graphological examination did not amount to scientific evidence.
"This is not something that can be measured. We would definitely like to interrogate the assessors who issued this opinion," Widacki told public television TVP Info.
He said if the assessors worked on Walesa's handwriting from recent years, then their opinion could be faulty.
"Walesa's handwriting today is not Walesa's handwriting from the '70s when he was a simple labourer," Widacki said.
The documents surfaced last year at the house of a late communist interior minister.
The ruling conservatives, led by Jaroslaw Kaczynski, have leapt at the opportunity to question Walesa's independence from the communist-era police after he became Poland's first democratically elected president between 1990 and 1995.
Walesa's critics argue the files put into question not only Walesa's standing as a hero of the effort to end communist rule but also raise doubts about whether the country ever succeeded in fully shaking off the influence of pre-1989 communist officials.
His defenders say that whatever the authenticity of the documents, they do little to undermine his merits in leading efforts to shake off communist rule.