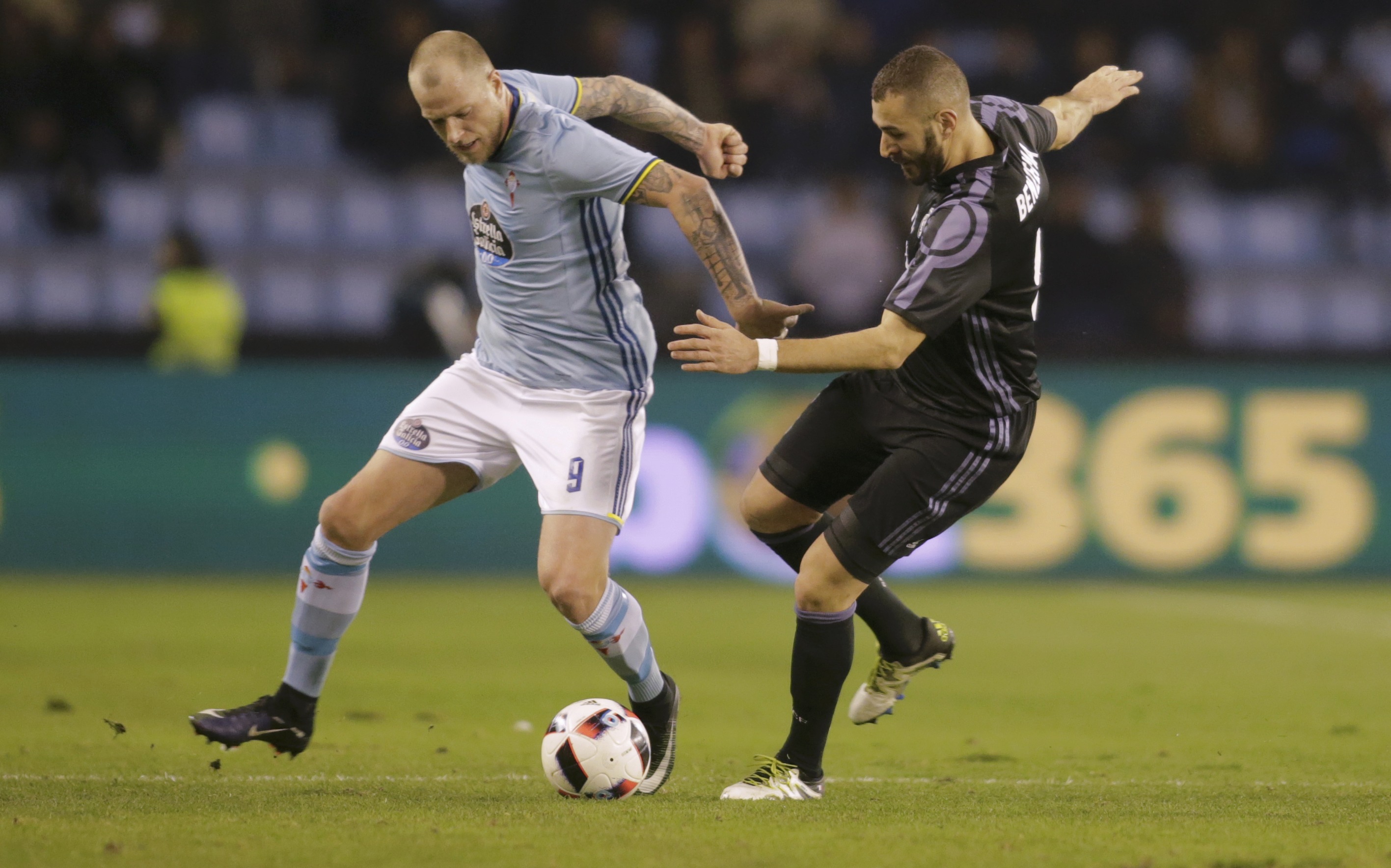 Madrid: Real Madrid coach Zinedine Zidane said he does not give preferential treatment to out-of-form striker Karim Benzema who is under renewed scrutiny following a run of one league goal in the last three months.
Benzema has scored five league goals in 11 starts this season, fewer than defender Sergio Ramos, and has been made a scapegoat for Real's recent dip in form during which they have won one of their last four games after setting a Spanish record of 40 games without defeat.
Benzema, 29, has long been viewed by Spanish media as one of president Florentino Perez's favourite players and is also seen to have a special bond with fellow Frenchman Zidane, who reportedly advised Real to sign him from Olympique Lyonnais for 30 million euros ($32 million) in 2009.
"I don't treat Karim favourably, he is a Real centre forward along with Morata and Mariano. I don't like Benzema being criticised and it's the same with all my players," Zidane told a news conference on Saturday ahead of Real's game against Real Sociedad on Sunday.
"I know what you're trying to get at with these questions, but the only thing Karim and I have in common that's different to the rest is our language, and I treat every player the same."
Benzema was fiercely criticised following a lifeless display in the 2-2 draw at Celta Vigo on Wednesday which sent Real out of the King's Cup 3-2 on aggregate. Statistics showed that he did not enter the opposing penalty area during the game.
"There's no need to worry about Karim, he's having a great season. We know what he can give on the pitch and he has the character and personality to give more," Zidane added.
"Karim won't fade and I'm always going to support him, especially when he struggles and people on the outside want to target him."
In spite of persistent injuries and inconsistent displays, Benzema has started six more league games than Spain striker Alvaro Morata, who returned to Real from Juventus for 30 million euros last year.
Spanish media reported that Morata is looking to leave the Bernabeu after growing frustrated with a lack of playing opportunities, although the striker sought to quash the speculation by writing on his Instagram account: "They can say what they want, but Hala Madrid!"
Real top the La Liga standings on 43 points, one ahead of Sevilla and two clear of Barcelona, with a game in hand on both their main title rivals.