Will oppose any distortion of historical facts: Karni Sena 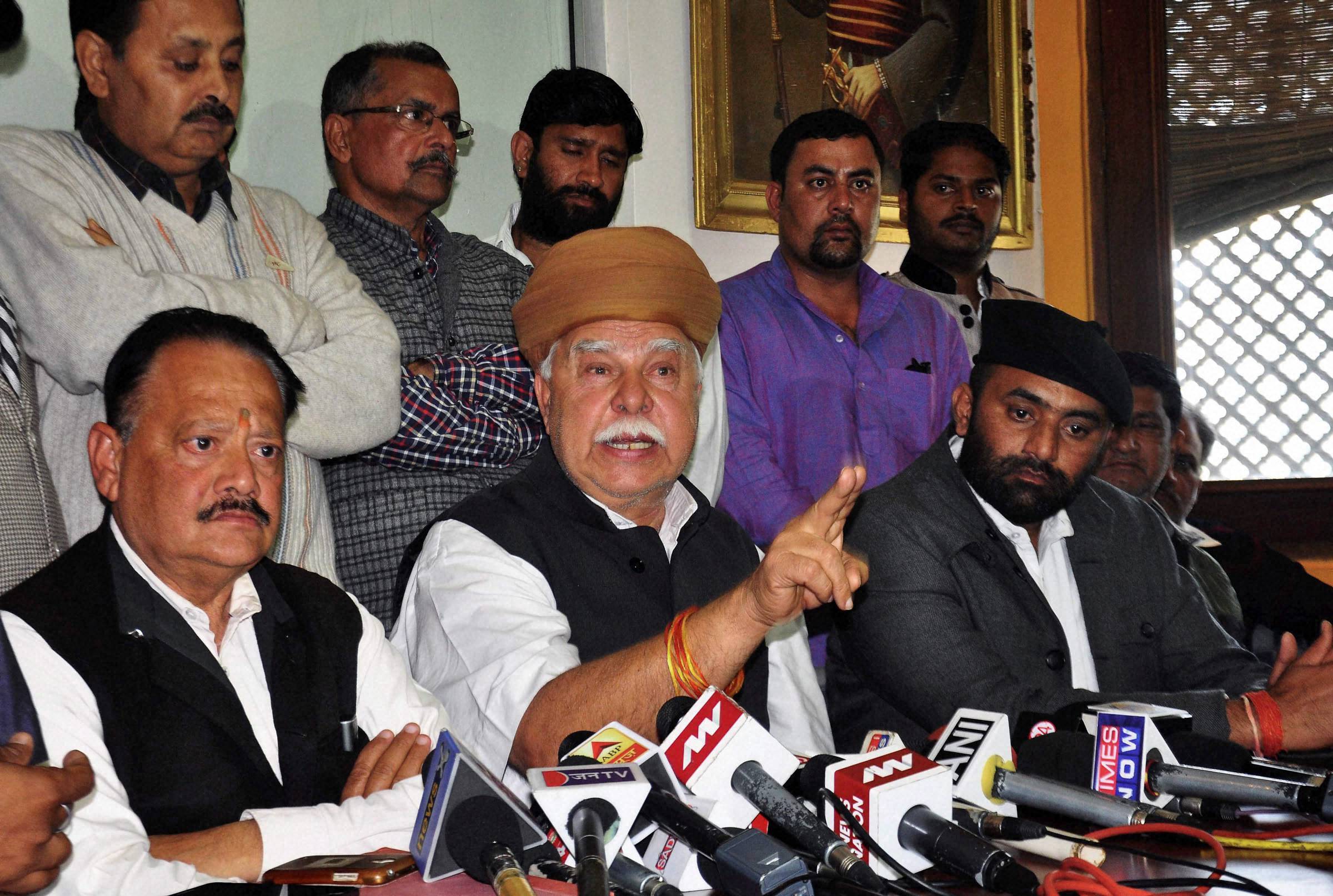 Jaipur: A day after its members allegedly assaulted Sanjay Leela Bhansali and vandalised the set of Padmavati, the Karni Sena on Saturday reiterated its stand to oppose any distortion of historical facts.
The group demanded a written assurance from the director while also blaming his security for the commotion. Bhansali, who was allegedly assaulted during the shooting of film Padmavati by the protesters, has already packed up his shooting for the film which was going on in Jaigarh fort.
"I do not support any violence and the Karni Sena had gone there to oppose the shooting and talk to Bhansali but he refused to meet and three bullets were fired in the air from his security men which led to provocation and commotion," Lokendra Singh Kalvi, founder patron of the outfit said at a press conference.
He said that distortion of historic facts will not be tolerated at any cost, which was well communicated to the film maker five-six months back in Mumabi.
"We came to know about the dream sequence of Alauddin Khiji, played by Ranveer Singh, through Singh's interview which quoted him as saying that he was ready to accept the role of villain in the film provided there were intimate scene with Deepika Padukone, who is playing the role of Rani Padmavati, are included in the film," he said.
Kalvi said they demanded that whatever bonding Ranveer Singh and Deepika Padukone share in their personal life should not be picturised in the film for which Bhansali was ready. "We asked him to not even go with dream sequence in which Khilji dreams of love scene with Rani Padmavati for which Bhansali sought a time for two days. "Seeking a two-day time shows that there is something about the dream sequence in the film," he pointed out.
"We cannot tolerate the move to tarnish the history of our legendary ancestors. Rani Padmavati had made supreme sacrifice by doing Jauhar with 16,000 women in Chittorgarh fort to save herself from Khilji. Her character was like Sita so how the filmmakers can present such hurting things in the film," claimed Girraj Singh, president of Rajput Sabha. Mahipal Singh, the state president of the Karni Sena, said that they were trying to protect the history.
"We had gone to talk to them but bullets were fired in the air which provoked the members. It was me who tried to stop the members from assaulting Bhansali," he said.
The Rajput leaders said that no FIR was lodged because Bhansali had requested them to forget the incident. "...but we will not forget our history," Kalvi said.
They also alleged that the shooting was being canned in the Jaigarh fort without permission but the authorities at the fort refuted the allegation saying permission was granted for the shooting.