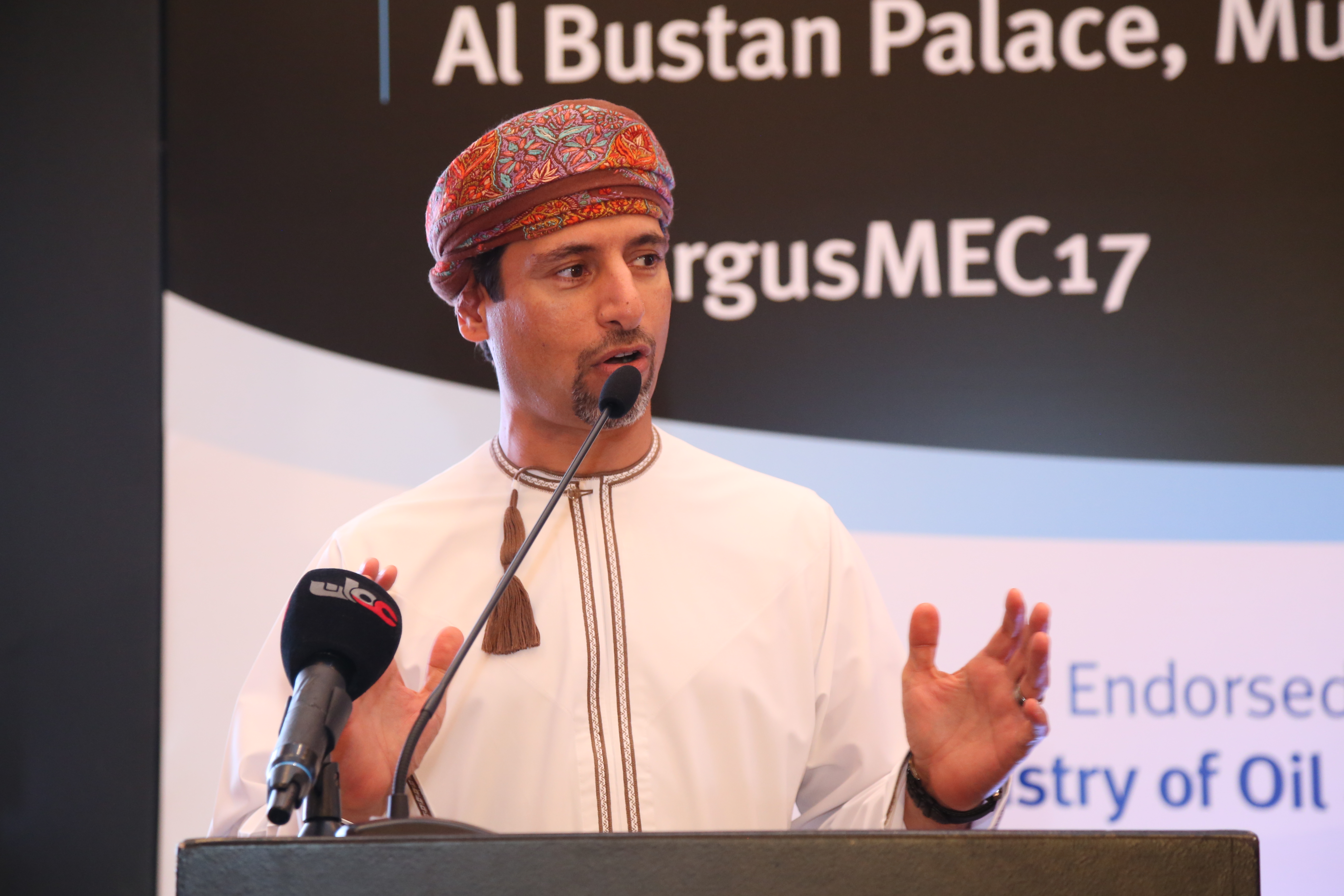 Muscat: Oman’s Khazzan tight gas project is on schedule to start first natural gas production on commercial basis in the fourth quarter of this year, according to a top-level official at the Ministry of Oil and Gas.
Located on a previously undeveloped desert site 350 kilometres south of Muscat, work on the Khazzan tight gas project began in 2014 and the completed development will eventually contribute roughly a third of Oman’s natural gas supply.
“All wells are being drilled. Hopefully by June, we will start commissioning of the plant and in August, one of the gas processing trains will start operation and the second one will follow suit,” said Salim Al Aufi, undersecretary at the Ministry of Oil and Gas, while addressing the fourth Argus Middle East Crude Conference here last week.
Although the plan is to drill 50 wells initially to start commercial production, more than 300 wells will eventually be drilled over the lifetime of the project. BP has plans in place with extensions for contributing 1.5 billion cubic feet of gas per day to the Omani economy.
The vast majority of the infrastructure is already in place, which include lengthy roads, power lines, broadband networks and water pipelines.
BP Oman is lead partner in the project with a 60 per cent interest in Khazzan project, while Oman Oil Company Exploration & Production holds 40 per cent.
Al Aufi also said that PDO’s Harweel gas injection project is also progressing well. Another solar steam generation project in Rima is also on schedule and will help the country in diversifying steam generation for oil and gas industry.
Al Jifnain terminal
Referring to the Al Jifnain terminal project (which is part of the 290-kilometer long Muscat Sohar Product Pipeline), Al Aufi said that the terminal will be commissioned in June this year. It is a centralised storage tank for refined products and is built by the state-owned Oman Oil Refineries and Petroleum Industries Company (Orpic).
Also, the proposed Duqm Refinery, which will have a capacity to process 200,000-230,000 barrels, will be completed in 2019. “We will be building an associated gas line and crude oil line.”