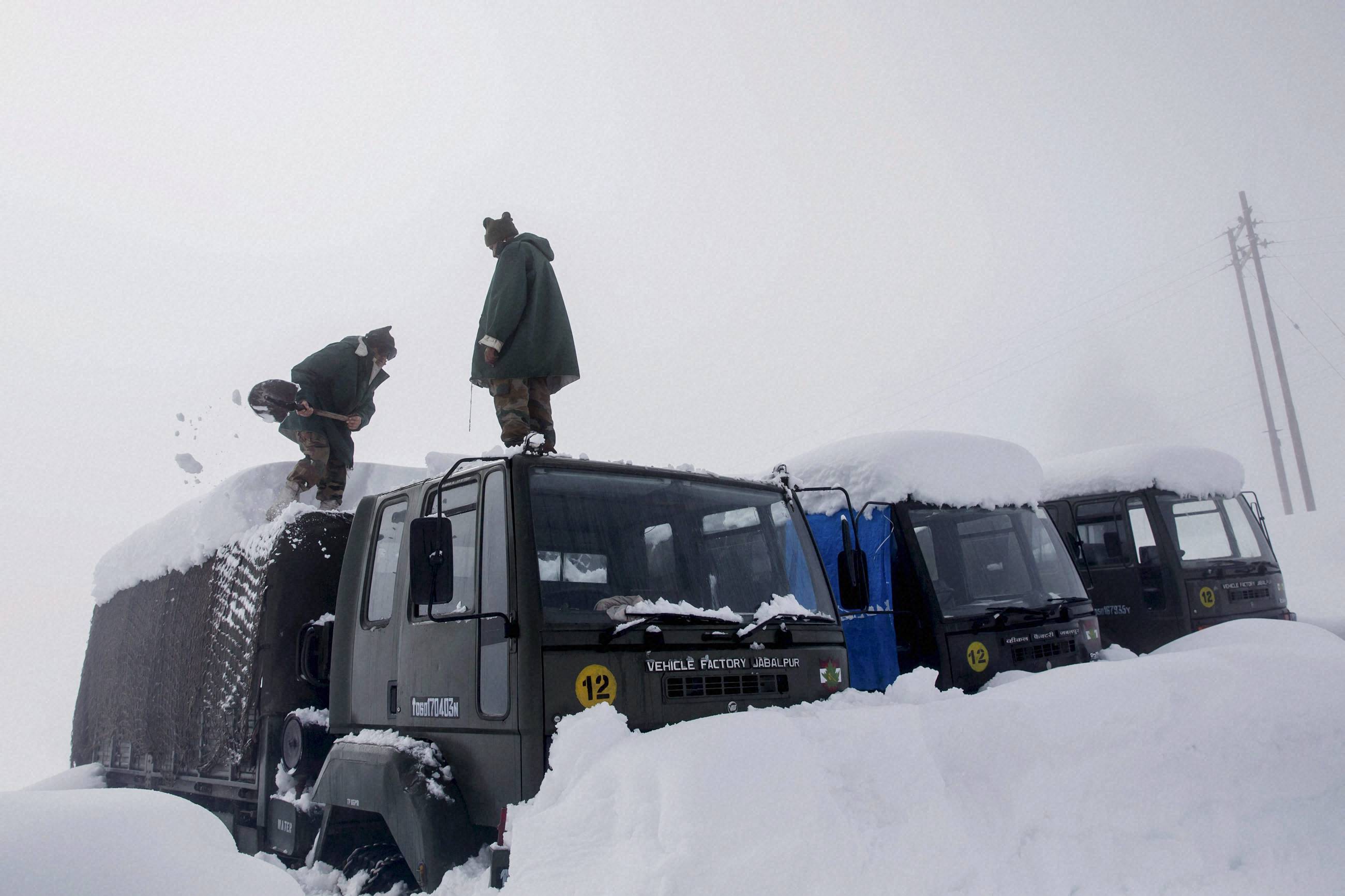 Srinagar: Five army personnel were trapped under snow in Macchil sector along the Line of Control in Indian-administered-Kashmir after the track leading to their post caved in on Saturday.
"The snow track leading to an army post caved in at Macchil this morning, resulting in five soldiers getting trapped under the snow," officials said.
They said rescue operations have been launched to save the soldiers.
As many as 21 persons, including 15 army men, have been killed since Wednesday due to avalanches and snowfall-related incidents in Kashmir Valley. Authorities have issued a high danger avalanche warning in hilly parts of snow-bound Kashmir Valley in view of fresh snowfall.