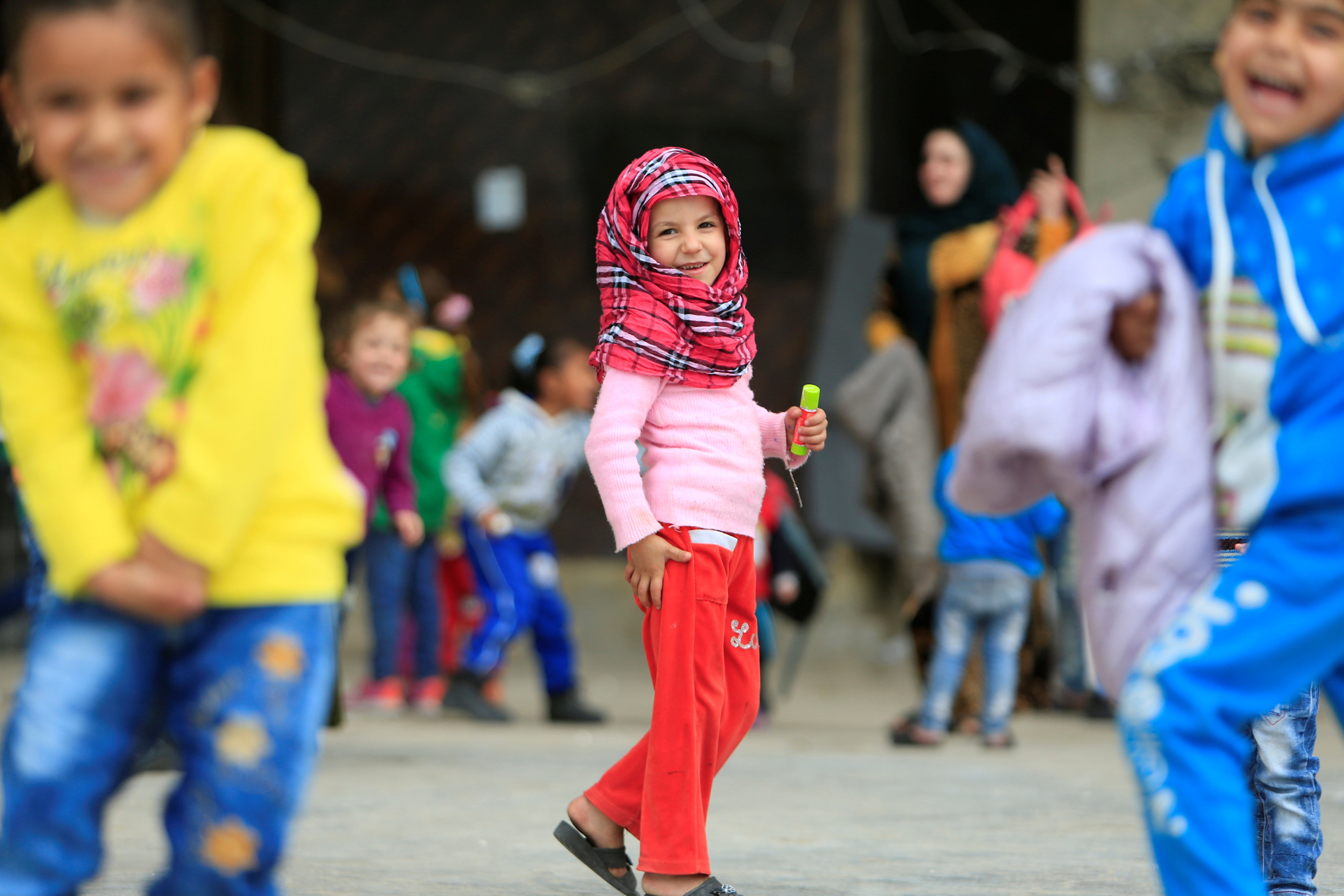 The year 2016 will probably be remembered for military and political events, but it should also go down in history as one of the worst years for children since World War II.
Images of dead, injured, and distraught young children filled the media on an almost daily basis: a small boy sitting stunned and bleeding after his home was bombed; small bodies being lifted out of rubble; and small graves on the Mediterranean shoreline that mark the deaths of unknown children.
These images are powerful and uncomfortable. And yet they cannot capture the magnitude of children’s suffering. More than 240 million children are living in conflict zones – from the killing fields of Syria, Yemen, Iraq, and northern Nigeria, to less well-documented but horror-stricken areas of Somalia, South Sudan, and Afghanistan. And of the 50 million children who live outside their own countries or have been internally displaced, more than half have been forcibly uprooted, and are facing new threats to their lives and well-being.
Millions of children are undernourished and out of school; millions have witnessed unspeakable brutality; and millions are threatened with exploitation, abuse, and worse. This is not rhetoric; it is reality.
The United Nations – with support from countries such as Sweden, and by working through a coordinated humanitarian-response system that includes UNICEF – is alleviating suffering whenever and wherever it can. But the quantity and complexity of cascading crises are testing that system as never before. New challenges, such as extremism, are increasing the risks to children, and making it more difficult and dangerous to reach them. Meanwhile, armed groups are increasingly targeting schools, hospitals, and homes, and compounding innocent people’s suffering.
Political solutions to these conflicts are the surest way to stop the suffering and bring an end to such savage violations of human rights. But, barring that ideal outcome, we need to strengthen the current humanitarian system’s capacity to reach the children at greatest risk.
More than 70 years ago, world leaders addressed the unprecedented humanitarian crisis following World War II by creating new institutions to bring immediate assistance to those in need. These new global entities laid the foundation for a future based on cooperation, dialogue, and results, rather than conflict, disaster, and ruin.
That was a turning point in world history; we have now arrived at another one. We need to summon the same spirit of solidarity and creativity today that inspired previous generations, not by founding new institutions, but by finding new ways of responding to the hard realities of our own time.
For starters, we urgently need to harness innovation to expand our capacity to reach children who are cut off from assistance in besieged areas or communities controlled by extremists. We should be exploring every option, such as using drones to airdrop food and medical supplies, and developing mobile apps to monitor needs and track supplies on the ground, and to keep aid workers safer. While there will never be a substitute for safe, unimpeded humanitarian access, we need to explore every avenue to reach children in danger.
More broadly, we must do a better job of coordinating among governments and organisations to provide short-term and long-term relief more efficiently, and to make every dollar count. With chronic crises proliferating, we should be maximising synergies between humanitarian and development initiatives, because the two go hand in hand. How we respond in emergencies lays a foundation for future growth and stability, and how we invest in development can help build resilience against future emergencies.
Lastly, we need to change how governments calibrate the critical aid that they provide to meet fluctuating needs. In recent years, as appeals for aid have escalated, countries undergoing domestic austerity have increasingly had to justify their foreign-aid outlays. Many donors have earmarked their aid funds for specific purposes. To be sure, such funds will always be an indispensable tool in both humanitarian and development efforts; but in today’s unpredictable environment, more flexible, long-term funding is critical.
“Core” funding, as it is known, enables the UN and nongovernmental organisations both to react more quickly in emergencies and to plan more strategically. Such funding allows us to provide life-saving help when people need it most, rather than having to wait for countries to respond to specific humanitarian appeals. This is especially important for addressing the “forgotten” crises that the media may have missed.
Sweden has long been a proponent of such flexible support for UN organisations, because it improves results. For this reason, Sweden’s government recently decided to double its 2016 contribution to UNICEF’s core funds.
Now that the world is working together on a new global development agenda, we hope this practice will spread and inspire other governments to move more toward high-quality funding for humanitarian relief and sustainable development. We must protect the rights, lives, and futures of the world’s most vulnerable children. To the extent that we do that, we will help to determine our common future as well. - Project Syndicate