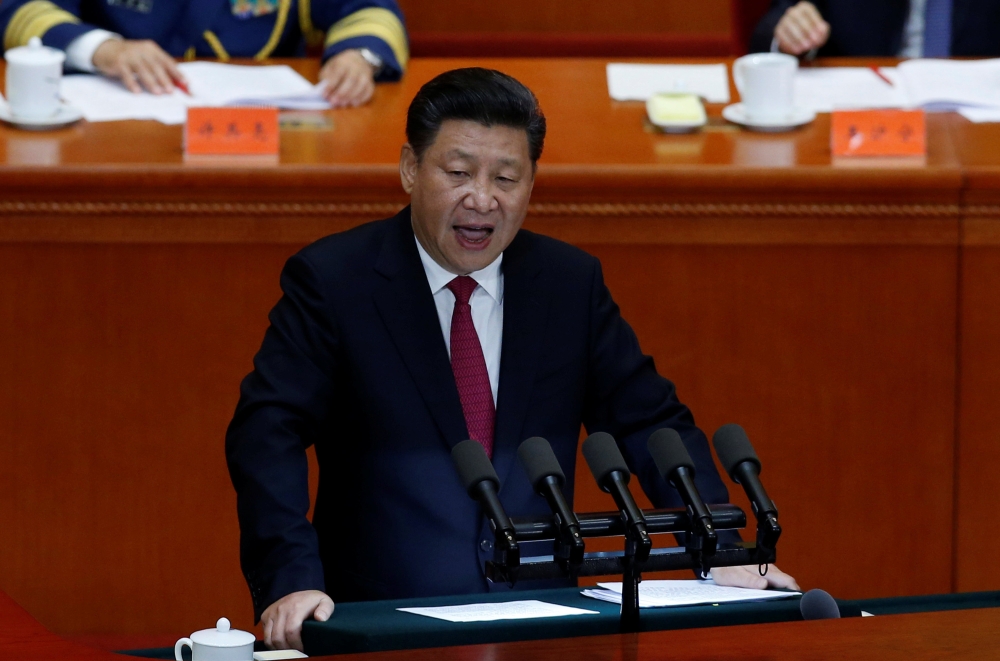 US President Donald Trump has, predictably, used his first few days in office to cast himself (and the United States) as a proverbial sun around which every other country orbits. His expansive agenda of re-crafting NATO, withdrawing from the Trans-Pacific Partnership, revising (or even eliminating) the North American Free Trade Agreement, and undermining the One-China policy all have one thing in common: his belief that the US can control the world’s political and economic destiny. Reality, unlike Trump’s scripted TV show, will almost certainly prove him wrong.
The “America first” policy that Trump emphasised in his inaugural address may sound pleasing to frustrated voters in Iowa and Idaho – the overlooked and ignored who now feel vindicated by “their” victory. But it may sound most pleasing of all in a China intent on nurturing its own substantial gravitational force.
Indeed, China’s rise has provided a new orbit for many countries around the world – particularly developing and emerging economies. And indeed, China’s exceptional diplomatic skill across the African continent (and, increasingly, Southeast Asia) has made it an alternative hegemonic force – one that comes without the West’s colonial baggage or moralising about democracy and human rights.
Trump’s presidency provides China with new opportunities to cement its role as a provider of investment and all manner of infrastructure and assistance to a host of countries eager to develop. His unilateralist approach is likely to force the US into playing catch-up with a China left almost unfettered in its continued efforts to win over the hearts and minds of those whose countries it views as vital, economically and politically, to its strategic interests.
As Trump embraces isolationism, the other so-called BRICS countries – Brazil, Russia, India, and South Africa – are preparing to fill the vacuum as well. But China is likely to be the chief beneficiary. It already has the Asian Infrastructure Investment Bank, the Silk Road Fund, and the New Development Bank, which it can use to fund its way to greater global power.
In this geopolitical context, “America first” will weaken the US role in shaping a new global order. China’s diplomatic and economic push toward the developing world in recent years has featured efforts to introduce soft power into its arsenal of strategic options. In the same week that Trump eschewed free trade, Chinese President Xi Jinping – addressing the World Economic Forum Annual Meeting in Davos for the first time – leapt to the defence of global openness.
And it is not only the Trump administration that could accelerate the shift in the global balance of power toward China. The European Union’s political uncertainty and the distressing rise of right-wing populist political forces in many of its member states may very well lead to similar nationalism and protectionism. Certainly, a Britain with Brexiteers in charge is closer to the Trumpist camp than it is to the EU. Meanwhile, populist gains in France, the Netherlands, and Germany, all of which will hold national elections this year, could reduce the European project to ruins, as the Trump administration – in thrall to Vladimir Putin’s Russia – applauds.
At this point, as goes Europe, so goes the West’s geopolitical power. If multilateralism unravels in Europe, it will not disappear as a cohesive economic and political tool; its headquarters will simply move to China, the other BRICS countries, and emerging players elsewhere. Without Europe to provide a check on Trump, this outcome seems all but inevitable.
Trump can play tough at being a unilateralist. But when the uplift of developing countries’ citizens, the ravages of climate change, and the disruptive challenges of technological innovation and global trade dictate a different approach, he should not expect the US to have the influence it once had.
For Trump, all is not lost. The US can enter into direct trade negotiations with a variety of countries and attempt to split other incipient alliances in the process. But Trump’s dystopian vision of an America pitted against the world does not bode well.
In the meantime, China will continue to act – as the US once did – on the recognition that claiming and retaining the mantle of global leadership is a long-term proposition, one that often entails short-term financial costs. For China, eager to find a soft-power niche in which it can gain a foothold of goodwill, Trump might be just the ticket. - Project Syndicate