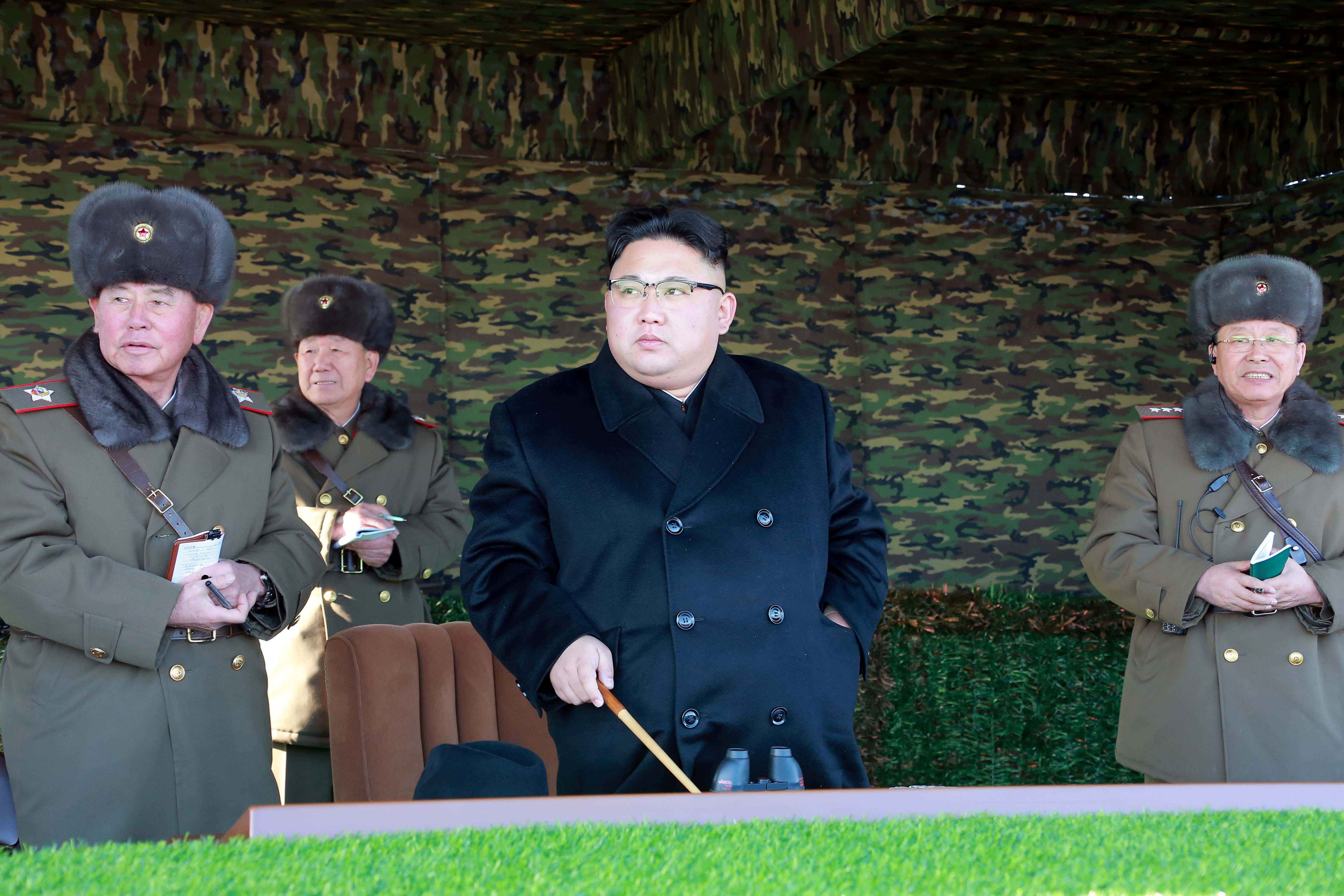 US President Donald Trump’s administration, like many before it, has had a rocky start; but the most pressing challenges are yet to come. Among them will be North Korea, whose leader, Kim Jong-un, used his New Year’s Day address to announce that his country has built – and is prepared to test – an intercontinental ballistic missile capable of carrying nuclear warheads.
Trump, who was still the president-elect at the time, sprang into action, tweeting, “It won’t happen!” One can only imagine how the North Korean government might have interpreted this statement. Trump may have been issuing a threat and establishing an official red line through his favourite means of communication; he also might merely have been making a prediction, and betting against North Korea’s technical prowess. Or maybe he just wants to keep everyone guessing about what he will do.
Whatever his motivation, Trump has now inherited the perennial North Korea problem – a recurring global crisis that has been on every US president’s list of foreign-policy concerns since the 1980s. But this time, the threat is real: during Trump’s watch, North Korea could very well obtain the means to strike the United States with a weapon of mass destruction.
The North Korean government is not so much interested in testing the new US president as it is in testing nuclear devices and missiles. As its weapons programme lumbers forward, it has made little effort to hide its periodic failures, marking a departure from past practices. Speculation about North Korea’s motives for pursuing nuclear weapons is as old as the effort itself. But while it would be useful to know North Korea’s true objective – regime survival, global prestige, self-defence, and regional hegemony are the most frequent explanations – it ultimately doesn’t really matter.
There are no good options for addressing the problem; and yet Trump cannot simply ignore it, or outsource it to China, as he suggested doing during the presidential campaign. An effective strategy requires that all forms of US power be deployed, especially diplomacy and cooperation with China.
Beyond North Korea, Trump has also inherited difficult challenges elsewhere in East Asia. China has continued to take a hard line on its territorial claims in the South China Sea, which means that the US will have to remain vigilant to ensure safe access to the region’s vital shipping lanes. Meanwhile, South Korea has been mired in a corruption scandal that culminated in the impeachment of its president, Park Geun-hye. A presidential election could be held as early as May, but there is considerable uncertainty ahead. And while Japan’s relationship with South Korea has improved in recent years, that might change as the latter’s political situation evolves.
For Trump, any strategy to eliminate North Korea’s nuclear programme against this complicated backdrop should include some obvious, but crucial, elements. For starters, the US must maintain strong ties with its two regional allies – Japan and South Korea. The new administration will have to be smart about pursuing other goals, such as trade and military cooperation, with these countries. Both tend to be extremely sensitive to changes in public opinion, and the US must take care not to arouse grievances over secondary issues, especially during what could be a turbulent year in South Korea.
Of course, the difficulty of managing these two alliances pales in comparison to managing the relationship with China. For China, the North Korea problem cannot be reduced to concerns about regime collapse and a resulting wave of refugees. Chinese officials’ opinions about North Korea vary, and they are not all favourable; but an important one holds that North Korea’s demise could affect China’s core interests, if changes on the Korean Peninsula – such as South Korea’s emergence as a successor state – are seen as putting China at a disadvantage vis-à-vis the US.
After the US election, Trump and his advisers appeared to have concluded that the best way to upend China’s strategic position was to subject all past conventions, including the “One China” policy, to reexamination. The thinking behind this approach is that China will ultimately make concessions to regain its prized status as the only Chinese government that the US will recognise.
But, to use Trump’s phrase, “It won’t happen.” China is not a subcontractor on a construction project, and it has means at its disposal to apply its own pressure on the new US administration. Raising issues that have long been resolved is not conducive to bilateral cooperation, and will only exacerbate the growing strategic mistrust between China and the US.
Governance is about setting priorities, and US foreign policy toward China has too often sought a broad array of goals, without stopping to ask if some objectives might be more important than others. For example, will major trade concessions from China really do more to advance US interests than nullifying the North Korean threat?
It is now incumbent upon the Trump administration to make a clear-minded assessment of US interests in the region, and to prioritize its policies accordingly. One can only hope that it will focus on the North Korean nuclear threat, which is very real – and could become acute sooner than anyone expects. - Project Syndicate