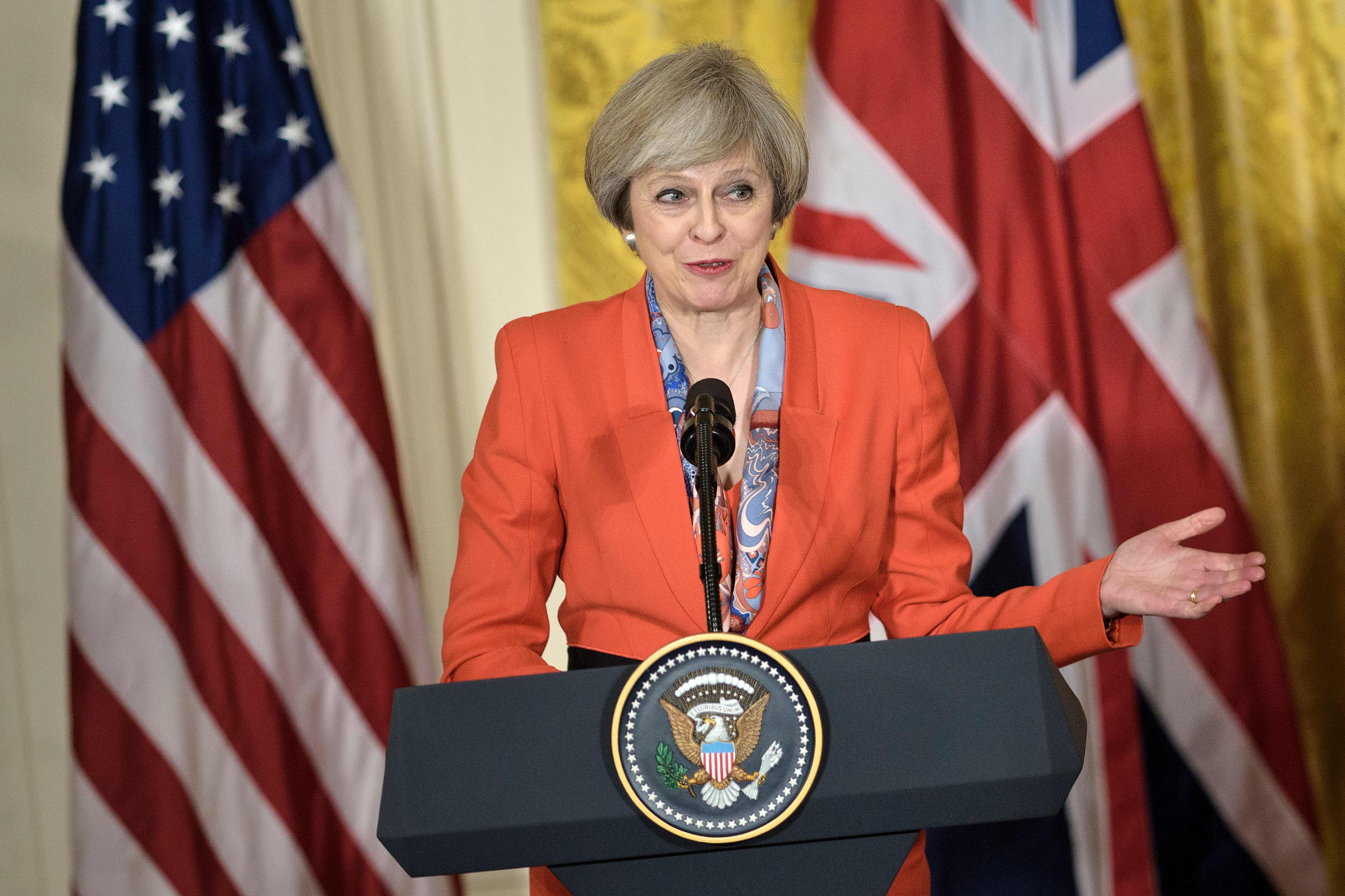 Just after British Prime Minister Theresa May’s Lancaster House speech, in which she outlined her government’s objectives in the upcoming negotiations on the United Kingdom’s withdrawal from the European Union, one well-known expert and political commentator, who once worked at 10 Downing Street, was positively impressed. “You cannot speak of ‘Perfidious Albion’ any longer,” he told me when I met him in a London club. “Theresa May has been crystal clear: Brexit means exit.”
My interlocutor had voted in last June’s Brexit referendum to remain in the EU, but like much of the country, he welcomed May’s speech. “If you search for an image to describe today’s Great Britain, speak of a ‘defiant lion,’” he told me, before emphasizing three key points.
For starters, he said, the European model of integration is in crisis, and the EU has proved to be incapable of reforming itself. Leaving the bloc – not like a rat scurrying off a sinking ship, but with style – is proof of British realism. Moreover, there has always been a disconnect between the UK and the EU, because the project of European integration was presented as primarily economic, when it was, above all, political in nature. The EU single market, like the Eurostar railway that connects London to continental Europe, was not enough to turn Britons into Europeans.
Second, despite the obvious difficulties, a clean break with the EU is probably far simpler than negotiating a complex arrangement with the remaining 27 member states, especially if one’s priority is to keep the British Conservative Party unified and in power.
And, third, Great Britain does not take kindly to external pressure that feels like a threat. Some British observers might see May as a new Margaret Thatcher, but her Lancaster House speech was also reminiscent of Winston Churchill. Indeed, British citizens who are convinced that there are alternatives to Europe often refer to 1940 – “England’s finest hour.”
This précis of the British position is laudably frank. “Leave” voters obviously feel some imperial nostalgia. May, for her part, seems to be driven by domestic politics to prioritise national sovereignty over the economy. But while the UK is certainly a democracy, her argument to the British people is not unlike what Russian President Vladimir Putin tells his own citizens: no one lives by bread alone, and recovering sovereignty and national greatness is worth the economic risk.
But is May’s vision for the UK realistic, given the new international context? Can one still dream of being a New Athens when there is a New Rome, lorded over by Donald Trump? Beyond her distrust of Europe, May has little in common with the United States’ new president: she believes in free trade and is suspicious of Russia, while Trump is calling for protectionism and wants to forge a special partnership with Putin.
May and Trump also have markedly different personalities. The warm, optimistic former Hollywood actor Ronald Reagan and Thatcher the Iron Lady got along very well through mutual empathy and a shared strategic vision of the world. But such a rapport between the mercurial American reality-TV star and the austere British prime minister is almost unthinkable.
One can always wonder if things would be different had the American election preceded the Brexit referendum. Would British voters still have risked saying “no” to Europe had Trump already won? To be sure, history cannot be rewritten; but many of those who voted to remain in the EU now worry that May has succumbed to wishful thinking about the future.
Of course, it isn’t particularly helpful to describe May’s exit plan as “hard” or “soft,” because the latter option, it is now clear, was never really possible. And yet, while May’s speech initially seemed to eliminate any remaining ambiguity about the UK’s goal in the upcoming process, the British Supreme Court has now ruled that she must consult Parliament before entering into negotiations with the EU.
After World War II, Churchill encouraged Europeans to unite, but he also said that if the UK had to choose between the transatlantic relationship and Europe, it would always pick the former. At that time, the US-led Western alignment was the center of Churchill’s world, and China was mired in civil war.
But that is no longer the case. China is increasingly a US rival, and now that the UK has decided to go it alone, there is no guarantee that the US will take it seriously. With Trump openly questioning NATO’s relevance, this seems like an inopportune moment for the UK to play the “splendid isolation” card. For reasons strictly concerning national identity, May is making a triple bet: on the UK, the US, and the world.
May seems to be assuming that the Commonwealth of Nations and other multilateral economic bodies can substitute for the EU, and that Trump, like British Foreign Secretary Boris Johnson, will end up being a rational statesman who simply cannot control his words. She has denounced globalization for its harsh social consequences, but a UK that is no longer in the EU will be all the more reliant on exchange with other countries. Meanwhile, the rise of populism and the geopolitical risks introduced by Trump’s presidency will not be mere historical footnotes, and could mark the end of globalization as we know it.
After Brexit and Trump’s election, one certainty is that the relationship between France and Germany will be more important than ever for the preservation of the geopolitical West. And with voters in both countries – particularly in France – confronting the temptation of populist nationalism as they head to the polls this year, that relationship, too, now hangs in the balance. - Project Syndicate