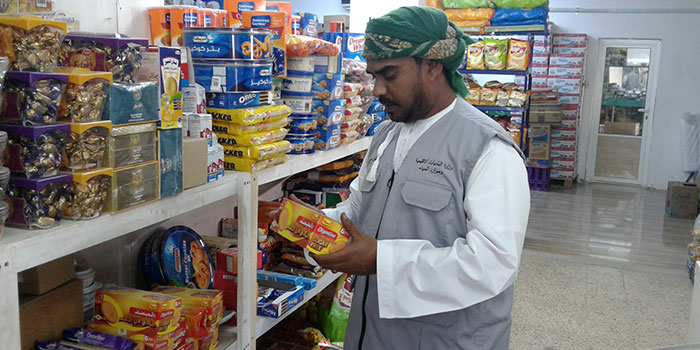 Muscat: Health inspectors have closed 68 businesses down in Oman after finding out of date food and expired products during visits to hundreds of premises.

The 'foodstuff and occupational establishments' have been closed down in South Al Sharqiyah Governorate after a mass inspection conducted by the Directorate General of Regional Municipalities and Water Resources (DGRMWR).

The Department of Health at the DGRMWR in South Al Sharqiyah, in cooperation with the municipalities in the governorate, visited 752 businesses. In total 61 were closed down and 299 were issued fines for violation health regulations in the Food Safety Law.

In Sur, 224 establishments were inspected where 84 health violations were recorded. 20 warnings were issued and 16 establishments closed down. Some 47 kilograms of meat was destroyed including 95 cans of food, 39 hair grooming tools were confiscated as well as 32 bottles of expired products.

In Jaalan Bani Bu Ali, 163 stores were inspected where 110 health violations were recorded which resulted in the closure of 17 businesses. There 80 kilograms of meat products were destroyed as well as 988 cooking pots confiscated.

In Jaalan Bani Bu Hassan 133 establishments were inspected and as a result 28 violations were cited and nine warnings were issued. In total 11 shops were closed down due to health violations, in addition to destroying 73 kilograms of meat products, 95 expired canned goods and 156 cooking pots.

Kamil wal Wafi were also visited by inspectors as 130 establishments were inspected. 42 health violations were cited and 35 warnings were issued. 94 kilograms of meat products and 116 canned goods were destroyed in addition of 184 cooking pots confiscated.

in Massirah 34 health violations were cited as inspectors took on 94 establishments where four warnings were also issued. There 18 establishments were closed in addition to 51 kilograms of meat, six hair grooming utensils and 73 cooking pots were confiscated and destroyed.