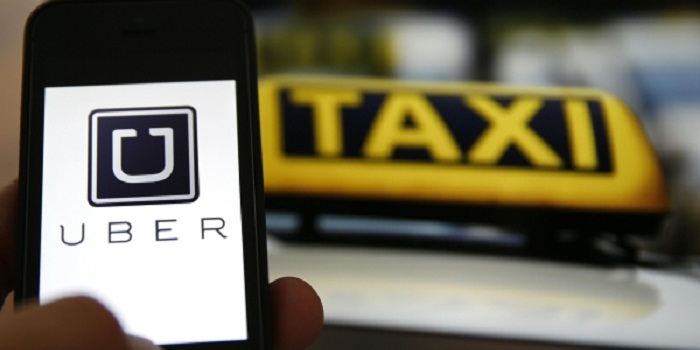 Chauffeur-Prive is near closing a 50-million-euro ($53 million) fundraising round to expand out of Paris into the rest of Europe, with the promise it can extend a five-year streak of growth while turning a profit, as bigger rivals lose money. The startup has hired Lazard Ltd. to arrange the fundraising and is in final talks with European and U.S. backers, founder Yan Hascoet said in an interview, declining to name the financiers before final agreements are signed in the coming weeks.

"Investors think this industry is about losing a ton of money while fighting to be market leader,” said Hascoet, whose startup last raised 5 million euros in January 2015 from backers including La Banque Postale’s XAnge and CM-CIC Investissement SA, valuing it at 25 million euros. "We’re not about speedy growth at all costs. We’ve had consistent profitable growth, and it’s convinced investors to back our plans.”

In its hometown Paris, Chauffeur-Prive has a market share about 20 to 30 percent smaller than Uber. The goal for 2017 is to use part of the money to grab a comfortable share of at least another big European city.

Chauffeur-Prive is a dwarf compared to Uber’s presence in more than 550 cities worldwide. But the contrast also lies in Hascoet’s ability to turn a profit each year since he started the service in 2012, while growing his startup to about 1 million users and 100 million euros in annual revenue.

With prices that are roughly along the same lines as Uber’s, Chauffeur-Prive lets consumers book rides through a mobile application, to be driven around in a black car by a licensed chauffeur. It’s one of many who are going after the broader taxi industry in France, from Blablacar’s service for non-professionals who want to share a ride to Le Cab’s platform that also includes deliveries and flight bookings on private jets.

Where others have bet on subsidizing growth, Chauffeur-Prive has shunned tactics like handing out massive discounts to riders and bonuses to drivers. Uber may lose about $3 billion globally in 2016 on sales of more than $5.5 billion, a person familiar with the matter said last month, while Lyft Inc. is said to have lost about $600 million last year while increasing revenue 250 percent to $700 million.

Instead, Hascoet has been willing to accept slower growth and raise a small amount of money from investors to craft his business model over half a decade, with Paris as the main testing ground. He’s also chosen to have a bigger focus on interaction with drivers, sticking to the strict model of tie-wearing drivers of black cars that Uber started with, but has diversified to include shared rides and food delivery.

Hascoet is adding initiatives to attract, train and keep experienced drivers, in part as a bid to appeal to the lucrative frequent users who travel for business and make up about a third of the startup’s clientele. The company hired six of its top-rated drivers to monitor service quality and coach chauffeurs based on customer feedback, and it’ll start hosting sessions this year to let drivers exchange ideas on how to manage their time and availability to maximize their revenue.

Local copycats in Europe have survived amid a global push by giants from the U.S. by differentiating with extra services, like letting customers book a chauffeured car ahead of time or collect points they can exchange for free rides. But bigger rivals are catching up on such options that so far helped European apps like Chauffeur-Prive or Spain’s Rakuten Inc.-backed Cabify stand out.

Chauffeur-Prive’s latest additions come at a time when chauffeurs have feuded with car-hailing platforms including Uber in France over pricing and spurred debates all over on employee rights.

"How do you expect to have a happy customer if the guy behind the wheel hates you?,” Hascoet said. Chauffeur-Prive already trains drivers on customer service at its headquarters, consults them on tariffs, and schedules a face-to-face meeting at the company to debrief when something goes wrong, he said.

"We keep our acquisition costs low and our drivers and customers faithful -- in the end it shows in our financials.”