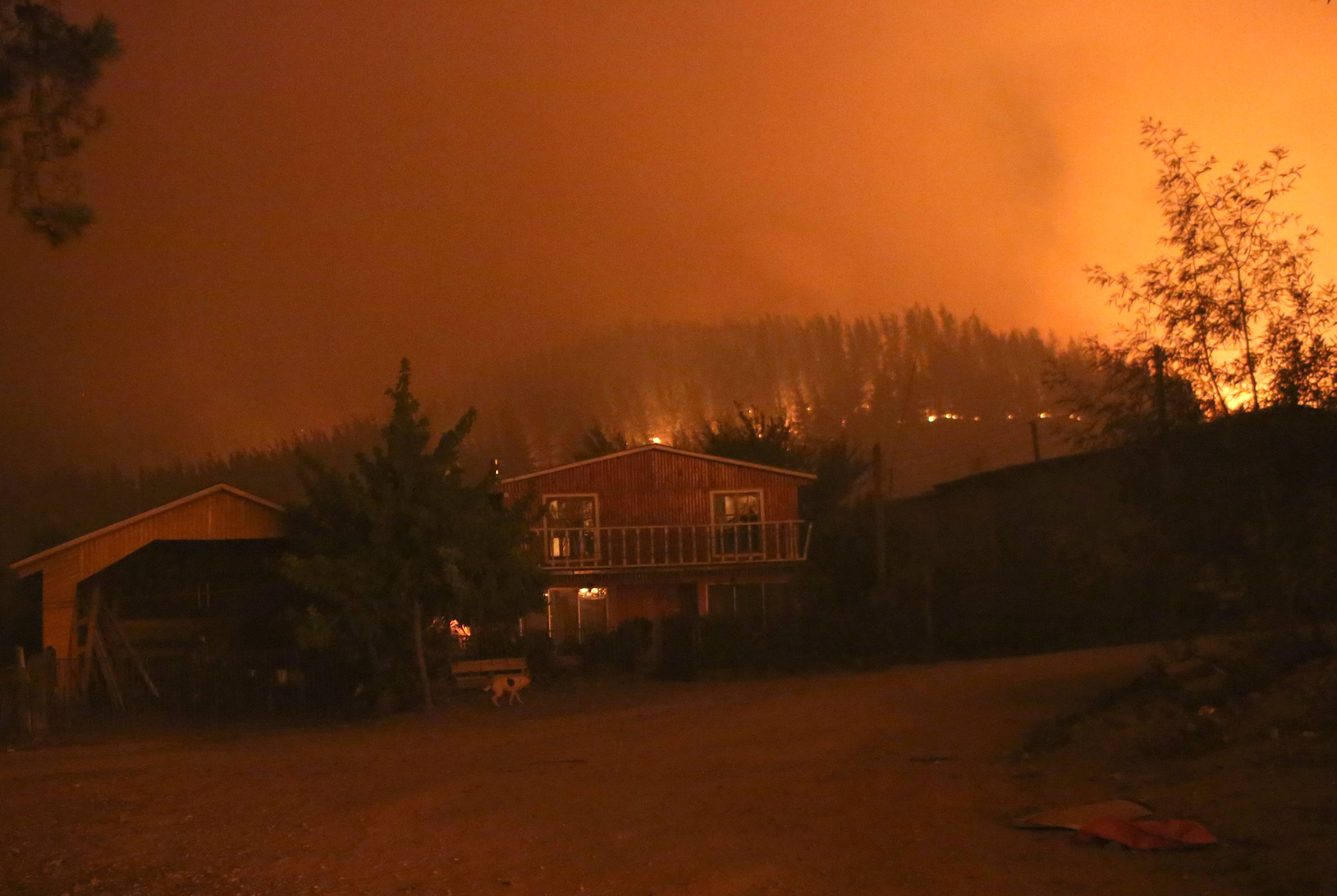 Santiago: The worst wildfires in Chile's modern history are ravaging wide swaths of the country's central-south regions, as a massive Boeing 747-400 Super Tanker arrived on Wednesday on loan from the United States to help extinguish the blazes.
"We have never seen something of this size, never in Chile's history. And the truth is the (firefighting) forces are doing everything that is humanly possible and will continue to do so until the fires are contained and controlled," President Michelle Bachelet said, as she visited the hard-hit Maule region.
Forest fires are a regular feature of Chile's hot, arid summers, but a nearly decade-long drought combined with historically high temperatures have created tinder-dry conditions.
International help from France, the United States, Peru and Mexico has been pouring into Chile as the fires swept through forested hills and into neighboring towns, scorching homes, industry and the region's world-renowned vineyards. The country last week declared a state of emergency.
As of Wednesday, 85 separate fires had been recorded, covering some 190,000 hectares (469,500 acres) - more than twice the area of New York City.
Chile's Conaf forestry service said that 35 of the fires were still out of control.
At least some of the fires may have been started intentionally and there had been a number of arrests in relation to ongoing investigations, said Bachelet.
Three firefighters were killed on Jan. 15 and another three gravely injured. Local media reported on Wednesday that another firefighter had died.
Some Chileans, such as Susana Molina, 82, a boutique wine producer, have seen their livelihoods destroyed.
"All my fields burned, there were four hectares that I had and it all burned," she said, from Cauquenes in the Maule region. Around 100 small vineyards in Cauquenes alone had been damaged so far, said the local industry association.
The forestry industry has also been impacted, with smaller outfits the most vulnerable.
Chile's forest products industry, the country's second biggest by exports after copper mining, is led by Empresas Copec subsidiary Arauco, Empresas CMPC, and Masisa .
Chile, along the seismically-active Pacific Rim, is no stranger to natural disasters. It is often walloped by earthquakes, tsunamis, volcanic eruptions and strong storms.
As a result, its emergency response teams, building codes and residents are usually well-prepared to confront such situations. But the scale of this season's fires have overwhelmed authorities.