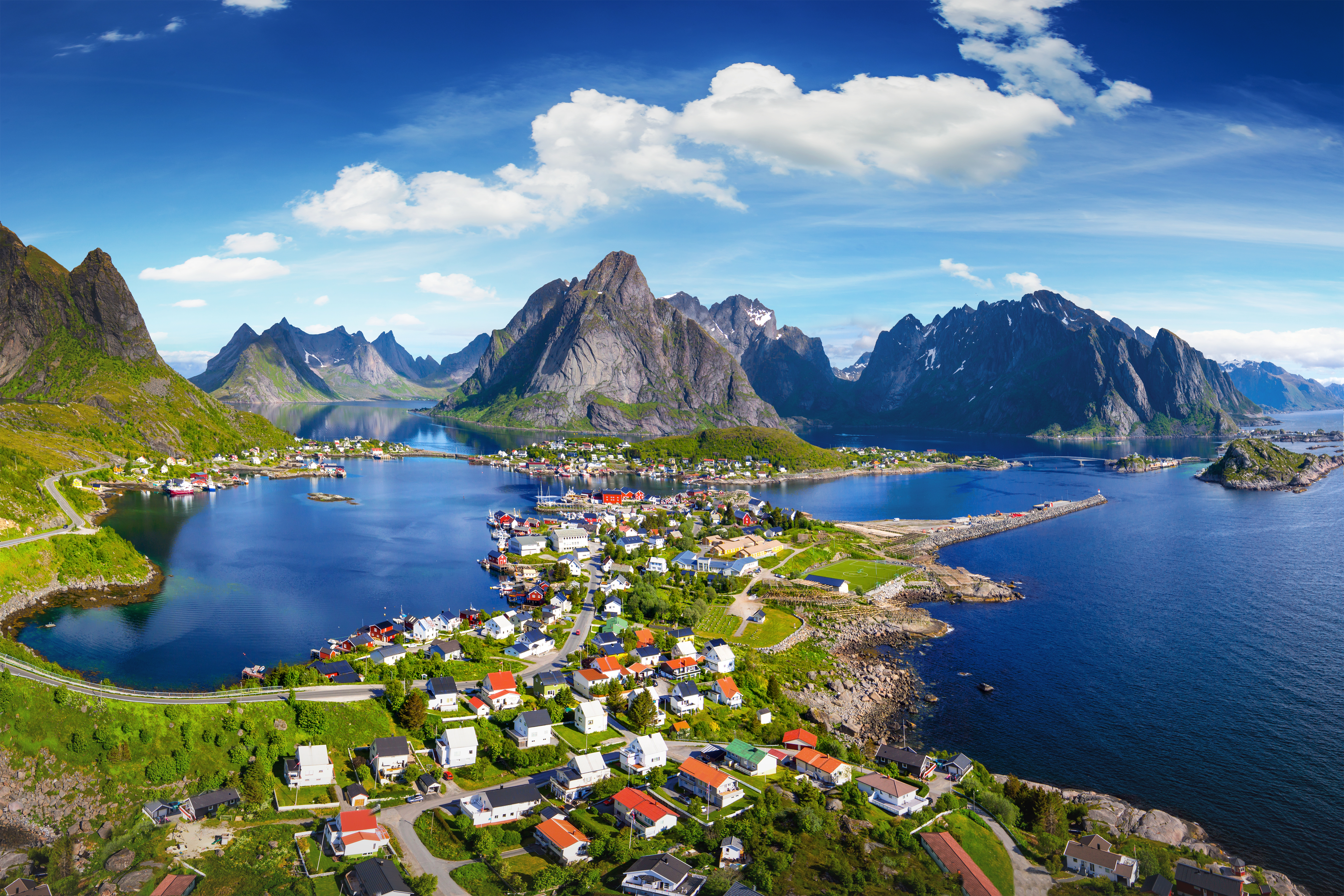 Famous as the home of the medieval Vikings, this northern nation is also known for its majestic fjords, mountains, charming towns, and diverse wildlife. Norway’s formal name is Kongeriket Norge, or the Kingdom of Norway. Norwegian, the spoken language of Norway, has two official written forms, Bokmål (book) Norwegian and Nynorsk (new) Norwegian.

Did you know?
• Norway has one active volcano. Located on Jan Mayen, an island in the Norwegian Sea, Beerenberg is 7,306 feet (2,227 m) high.
• Ancient rock carvings show that Norwegians have been using skis for at least 4,000 years.
• Norway is the world’s largest exporter of salmon and second largest exporter of seafood.
• Norway is one of the world’s major exporters of petroleum, but it also has some of the highest gasoline prices in the world. High gas taxes are intended to encourage people to use public transportation instead of their cars.
• Edvard Munch was a Norwegian painter and printmaker, famous for his painting The Scream (1893).
• Norway is home to many Arctic animals, such as reindeer, wolverines, polar bears, puffins and the Arctic fox.
• Purple heather is the national flower of Norway. — [email protected]