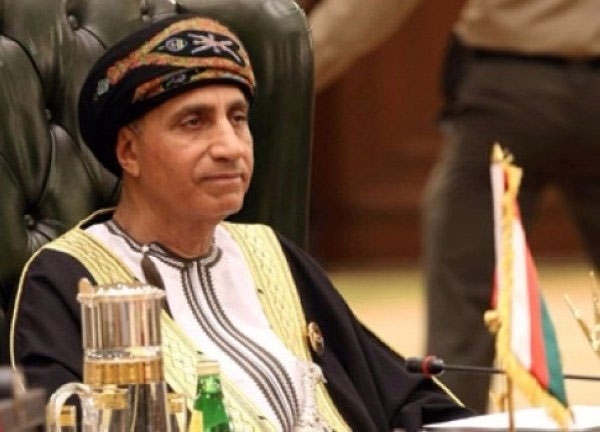 Muscat: Regulating recruitment of the expat labour force is a collective social responsibility that all sectors and institutes of the state are working to achieve, Deputy Prime Minister for the Council of Ministers has said.
“Regulating recruitment of expat labour force and stopping its increase is a collective social responsibility that all sectors and institutes of the state are working for its success,” His Highness Sayyid Fahd bin Mahmoud Al Said, Deputy Prime Minister for the Council of Ministers, said at a Council of Ministers’ meeting yesterday.
Also read: Minister of Manpower backs 2-year visa ban in Oman
The meeting was held to highlight efforts regarding job opportunities from higher education or training centres in the private and public sectors and through entrepreneurship in a bid to provide jobs for Omani youth that meet their educational qualifications, the statement revealed.
“We will not allow questioning the abilities of “our children” -Omanis- to work in terms of experience, noting that experience is gained through training on the job,” the Deputy Prime Minister added.
Also read: NOC for cash in Oman is ‘exploitation’, says top official
“The government is working hard to accommodate the youth of this country in various fields, noting that it has hugely contributed to support the private sector and its investment projects and provided it with all means to diversify the national economy and provide jobs in all fields,” Sayyid Fahd added. The minister added that it was clear to the council in its review that there are various job opportunities in the country and that there are promising economic sectors which have been empowered by the state and they should take responsibility in this regard.
According to the National Centre for Statistics and Information (NCSI) latest data, there are around 2,081,257 expatriates residing in Oman and out of this 1,848,175 are working.
On Tuesday, an economic report compiled by the State Council was discussed, which includes a section about increasing fees for bringing expatriate manpower to the private sector. Mohammad Al Masruri, a State Council member, questioned a section in the economic report and members of the council discussed the section, entitled: “Increasing fees for bringing in expatriates for the private sector”.
The State Council member, while discussing the report, asked whether the fee increase is a suggestion or a recommendation. “If it is a recommendation, then how?” Al Masruri asked the council.
Al Masruri explained that the existing fees are already used to finance and establish vocational training institutes and some of those institutes became colleges.
“The fees for bringing in the expatriate workers has its policies and goals in place since the 70’s. Among these goals is to use these fees to establish institutions for vocational training and training Omani youth to replace the positions of the expatriate manpower. Some of these institutions have become colleges as a result (of that funding)” he added. In November last year, the Ministry of Manpower announced that it was increasing job visa fees by 50 per cent where the employer would have to pay OMR301 to bring in an expatriate worker to the private sector.
On January 16, this year, Oman’s Minister of Manpower agreed with Shura Council members that the two-year visa ban should stay for expats who do not have a No Objection Certificate, but the minister also clarified that discussions are currently being held over the No Objection Certificate, in response to questions from members.
Currently, expats require the NOC before they can move to another job in Oman. Those who do not have the document must leave and cannot return for two years.
Two Shura members called on the minister to retain the controversial visa rule during a council session with Sheikh Abdullah bin Nasser Al Bakri, Minister of Manpower.
The Minister told council members that they “have the same opinion” about this rule. However, he said, “it is directed by the police in cooperation with other authorities.”
A manpower ministry spokesman confirmed to Times of Oman that a team from Tanfeedh is “discussing the matter”.
The discussions are centred around allowing an expatriate who finishes his contract to move to another job without requiring a NOC, according to Al Bakri.