The Trump-Putin parallels pile up 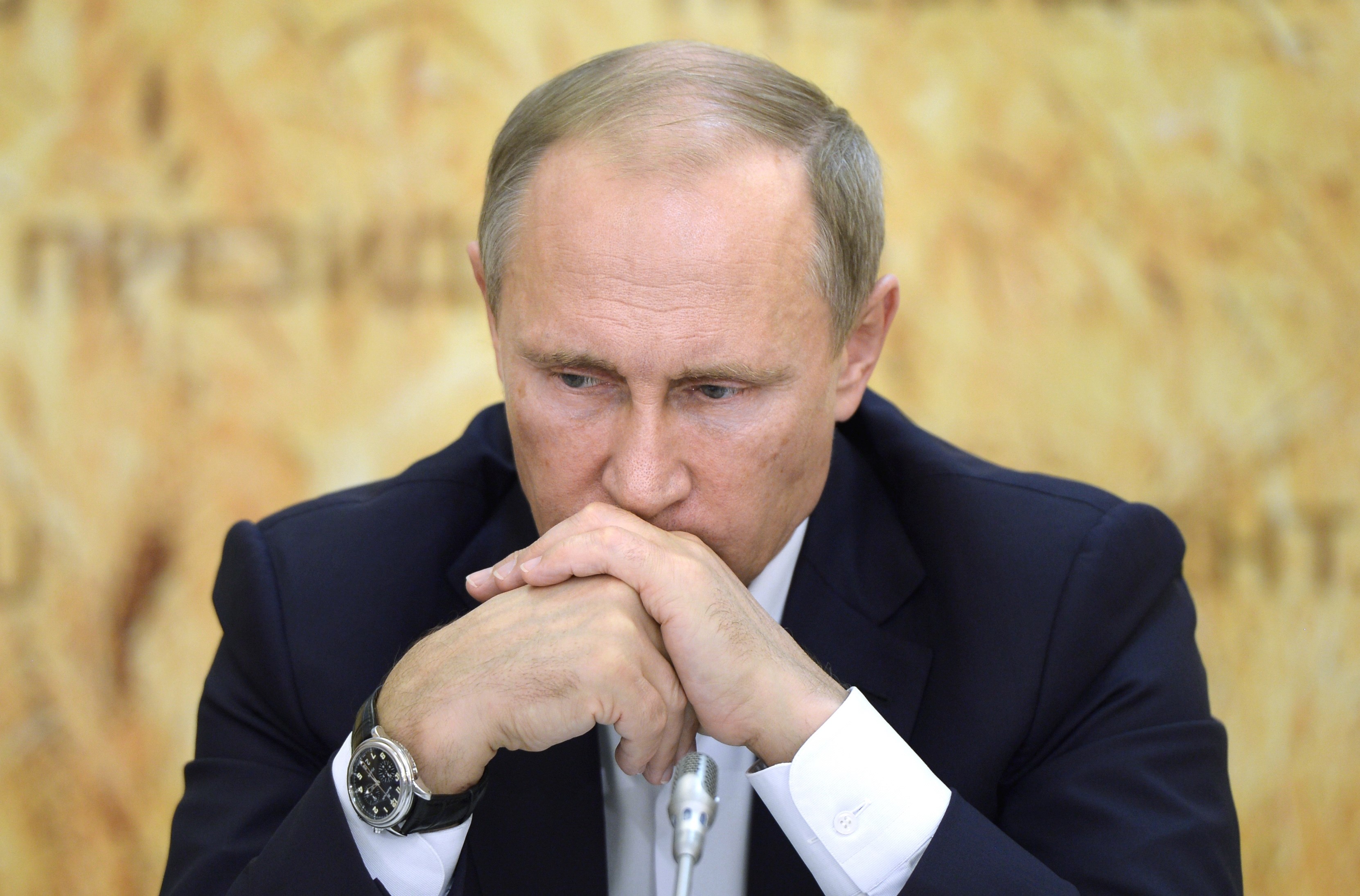 Reports that President Donald Trump travels with a claque -- a group of supporters that creates the impression of support for him at functions like a recent meeting with Central Intelligence Agency staff -- have added to a growing list of ways his administration resembles Russian President Vladimir Putin's.
The parallels began in earnest with Trump’s pre-inauguration news conference, when Alexei Kovalev, known for debunking Russian government propaganda, compared the event to Putin's circus-like annual meetings with the press. The piece resonated with Western journalists, who are not used to being denied questions by the president and also expect that he will be nice to them. It also resonated with their Russian colleagues, who have been dealing with carefully staged press appearances and punitive access restrictions since Putin's first term in power.
Over the weekend, Trump press secretary Sean Spicer all but invited comparisons to his Russian counterpart by offering "alternative facts" about the inauguration crowd's size. With a straight face, Putin's spokesman, Dmitri Peskov, has denied the involvement of Russian troops in Crimea and eastern Ukraine and claimed that a $620,000 watch he wore was a present from his wife, an Olympic figure skater.
Trump's preference for inviting his supporters to potentially tough rooms is shared by Putin as well. Earlier this month, Russian-language social networks throbbed with reports that several people kept reappearing in various meetings between Putin and "ordinary Russians." One of them, Larisa Sergukhina, was revealed to be a small-business owner working on government contracts. Even if, as Putin loyalists argued, the same people were legitimately invited to several meetings in a particular region, Putin's travels are carefully staged in a time-honoured Russian tradition that dates back -- at least -- to Prince Grigory Potemkin. No group of people allowed to come close to Russia's leader is ever random, and you'll never see anyone heckling or berating Putin on television there. Everybody's always happy to see him.
The budding resemblance between Trump and Putin is, of course, unsettling to Americans. They are not used to a leader behaving like a czar. But Putin doesn't do his czar act because he likes it.
He is an introvert who doesn't enjoy the crowds and takes hours of preparation, in the swimming pool, the gym and generally on his own, to face the day. In large audiences, Putin often looks like he's suffering, with a grimace of tiredness and irritation. He's not a showy public speaker, and his greatest pride and pleasure when speaking or answering questions clearly comes from an almost supernatural grasp of numbers and minutiae. And in meetings with "ordinary people," Putin is often wooden, hiding behind an uncomfortable grin and trying to simplify and roughen his speech. He is uncomfortable and awkward about touching flesh.
Few leaders have been so careful to hide his family from the limelight as Putin. His two daughters have lived under assumed names, and the Kremlin has cracked down on media attempts to report on their life and projects.
Putin's idea of a break is a hunting or fishing vacation in a remote area, with as few people around him as possible. But the czar routine includes the constant presence of an entourage. Although Peskov's credibility is usually low, he once provided a plausible explanation for the much-lampooned images of topless Putin fishing and riding a horse:
If you think he posed deliberately before the camera with a naked torso, you are mistaken, it's not so. In fact, Putin is often accompanied by his personal photographer and cameraman. And the president just lives his life -- he either works or has fun. Sometimes we persuade him to publish certain photos and videos. We have far more than has been published.
The new American president, by contrast, is gregarious. He is clearly drawn to the energy of crowds, and is an accomplished schmoozer. Unlike Putin, who is known to be uncomfortable in the Kremlin's vast gilded interiors, Trump revels in all things gold. Trump's pride in his wife and children is always on full display. Trump is a showman, living a televised life and relishing the attention. - Bloomberg View