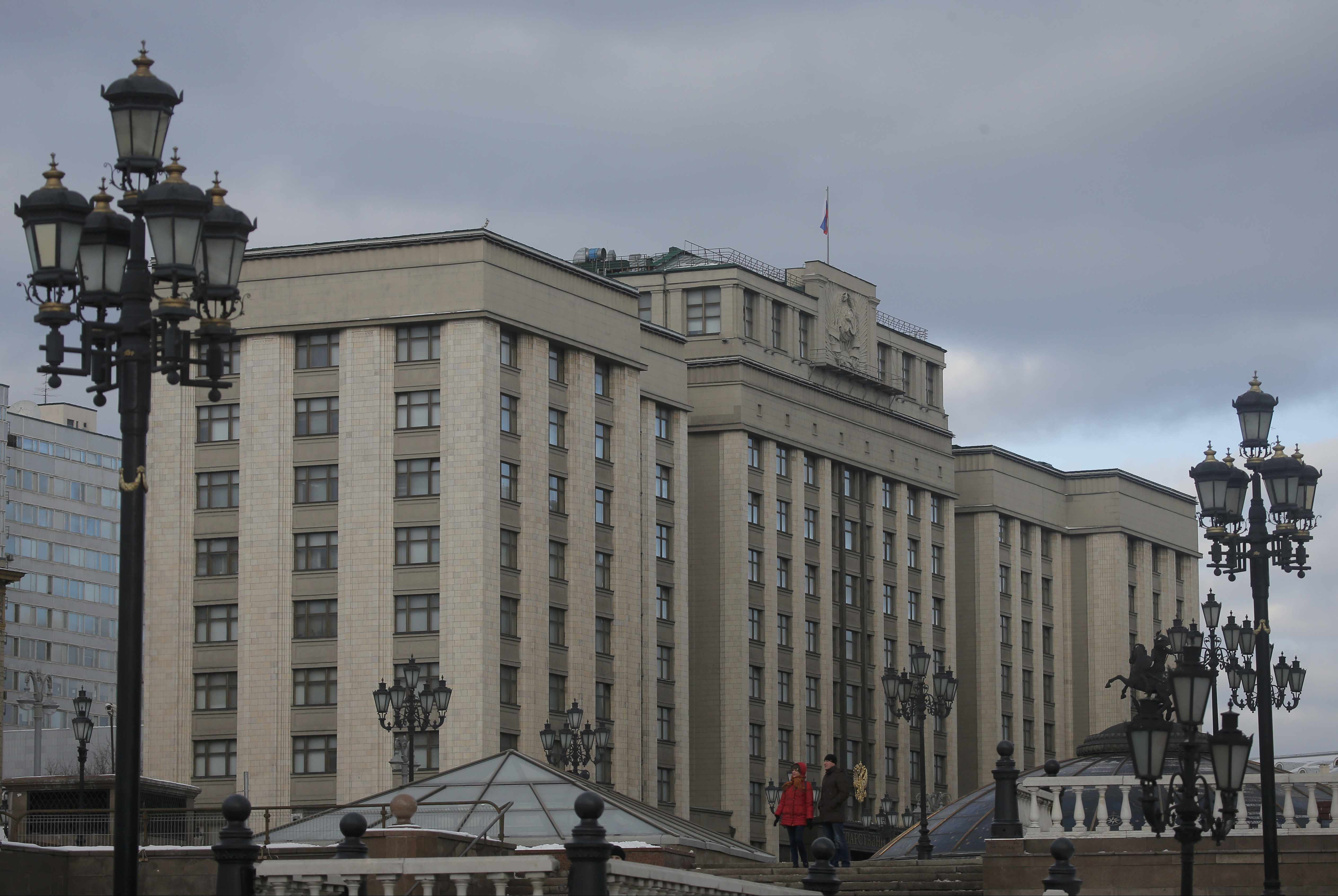 Moscow: The Russian parliament on Wednesday gave its overwhelming backing to a draft law that would ease some penalties for domestic violence, alarming women's rights campaigners who fear it will encourage abuse.
The law, which the State Duma or lower house of parliament, passed in its second of three readings by 385 votes to two, would reduce battery of a relative to a civil offence instead of a criminal offence in first instances, when the victim suffered no serious harm.
Those who support the proposed change, including members of President Vladimir Putin's United Russia party, say they want to protect parents' right to discipline their children and to reduce the state's ability to meddle in family life.
"This is a historic vote because in certain countries the state's role in family life is way too much," said Andrei Isayev, a deputy representing United Russia. "Today's vote will end such practices in the Russian Federation."
Supporters of the amendment say anyone who inflicts serious physical harm will still be criminally liable.
But women's rights campaigners say it is a retrograde step.
"This law calls for the exoneration of tyrants in the home," says Maria Mokhova, executive director of the "Sisters" crisis centre for abuse victims.
"The message is: "Let's not punish a person who at home beat up his family, just because he has the right to do that," she told Reuters.
Kremlin spokesman Dmitry Peskov told reporters on a conference call it was important to distinguish between "family relations" and repeated instances of violence.
To become law, the draft must go through a further reading and win approval from the upper house of parliament.
Each year, about 14,000 women die in Russia at the hands of husbands or other relatives, according to a 2010 United Nations report.
Yekaterina Schulmann, a political analyst specialising in parliamentary matters, said Russia should consider drafting a new law to specifically target domestic violence.
"At the very least, such a law should envisage introducing restraining orders, a measure that is currently absent from Russian law, to protect family members who are at risk of violence," said Schulmann.
It could also set up shelters for victims, she added.