Drive to shield children from cyber bullying in Oman 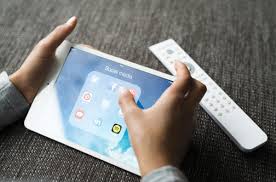 Muscat: Oman’s telecom regulator will soon launch an awareness campaign focusing on child protection as it comes out with new regulations aimed at protecting children online.
The Telecommunications Regulatory Authority (TRA) plans to launch such a campaign in the early part of this year, focussing on protecting children while using telecom services, a TRA official said.
“The campaign will be introduced mainly to protect young children availing of different telecom services, such as SMS, phone calls and even internet. It will also aim to educate teachers and parents on how to guide children when they are using telecom services.
“We now know that most children use telecom services, whether it’s phone calls or SMS and internet, so they need to be educated about using these safely. Parents and teachers need to know how to monitor the children, and we aim to work on this. We are also trying to create an application which could help parents monitor their children while they use any of these services,” the official said.
She added that there were three aspects of the campaign – technical, legal and educational.
“We have already drafted the new regulation, and it covers child protection. As for the technical aspect, we are trying to have a local or national app which will help parents monitor their children’s telecom usage. As for the third aspect of awareness, we will try to make children, their parents and teachers more aware about how to protect the children from any challenges or problems that they might encounter, whether it’s abuse, bullying or any other challenges facing children.”
The campaign will not only serve Omanis but also expats and will be disseminated in both Arabic and English. “The campaign, which will be in both the languages, Arabic and English, will also introduce and produce materials for people with special needs because they also have the right to use these services safely.”
The TRA is currently coordinating with the Ministries of Education and Social Development and the operators, the spokeswoman said, adding, “We cannot work alone, and will work with the ministries, the NGOs and various operators, too. “We are also going to coordinate with ‘Children First’ and the Omani Women’s Association in Seeb, and are also looking for a representative from among the parents and teachers as we want to put in place a detailed plan for this campaign.”
The campaign is currently being planned for the whole of 2017 after which it will be evaluated and a decision will be taken on how to continue.