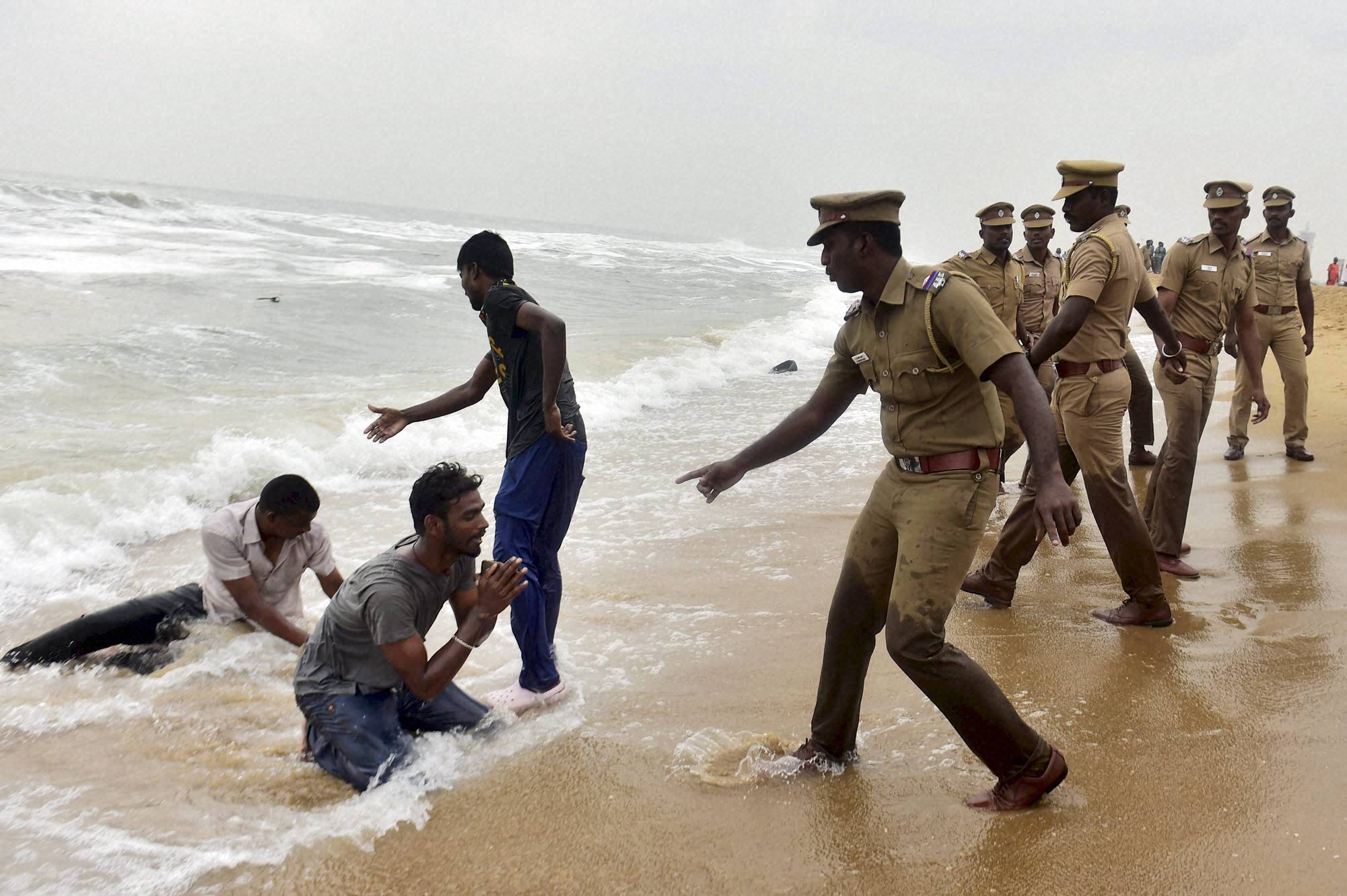 Chennai/Coimbatore: Dravida Munnetra Kazhagam (DMK) working president M. K. Stalin on Tuesday demanded the transfer of top police officials to ensure a fair probe into alleged police excesses to disperse Jallikattu protesters here even as Chennai Police said it was verifying videos of "misbehaviour" by police.
Stalin demanded transfer of City Police Commissioner S. George for "not properly handling" the peaceful protest by students.
In a statement here, he also demanded the transfers of the state intelligence chief and the head of city intelligence to ensure a just, fair and independent probe. Stalin, who had on Monday demanded a judicial commission of enquiry by a sitting High Court judge, reiterated his demand and again alleged police excesses while dispersing protesters.
"It is the duty of the police department to identify unlawful elements and curb them and police indulging in illegal activities is not acceptable," he said referring to some videos that showed police personnel purportedly indulging in torching incidents and attacks on protesters.
Chennai Police, in the wake of such charges against its personnel, said "With regard to the video footage involving misbehaviour by policemen brought to notice through social media and media persons, an enquiry is being done by the Cyber Cell of the Central Crime Branch to verify the veracity of these photo and video footages."
They said a detailed probe of photographic and video footages of various (violent) incidents was being undertaken to identify miscreants. Steps were also being taken to apprehend miscreants under preventive proceedings.
Coimbatore Police Commissioner A. Amalraj said they had adequate evidence, including visuals, of those who either indulged in anti-social activities or directed innocent students to indulge in violence and said that necessary action would be taken against them.
It was evident that protesters were directed by some anti-social elements, he said, adding that some persons who raised slogans supporting Maoists elsewhere were also present during the Jallikattu protest.
Both Chennai and Coimbatore police appealed to people not to pay heed to rumours and claims in the social media.
Meanwhile, CPI(M) State Secretary G. Ramakrishnan said the People's Welfare Front, comprising his party, CPI and VCK will stage a demonstration at Chennai, Madurai and Coimbatore on January 28 against alleged police excesses in these cities.
Speaking to reporters in Coimbatore, PMK Member of Parliament, Anbumani Ramadoss condemned the attack on students across the state and alleged that police had deliberately torched some vehicles. He alleged that some had infiltrated the protests, adding that students had no hand in the violence. All those who indulged in violence were anti-socials and prompted by some outfits to create tension, he said and added that only a CBI enquiry would bring out the truth.