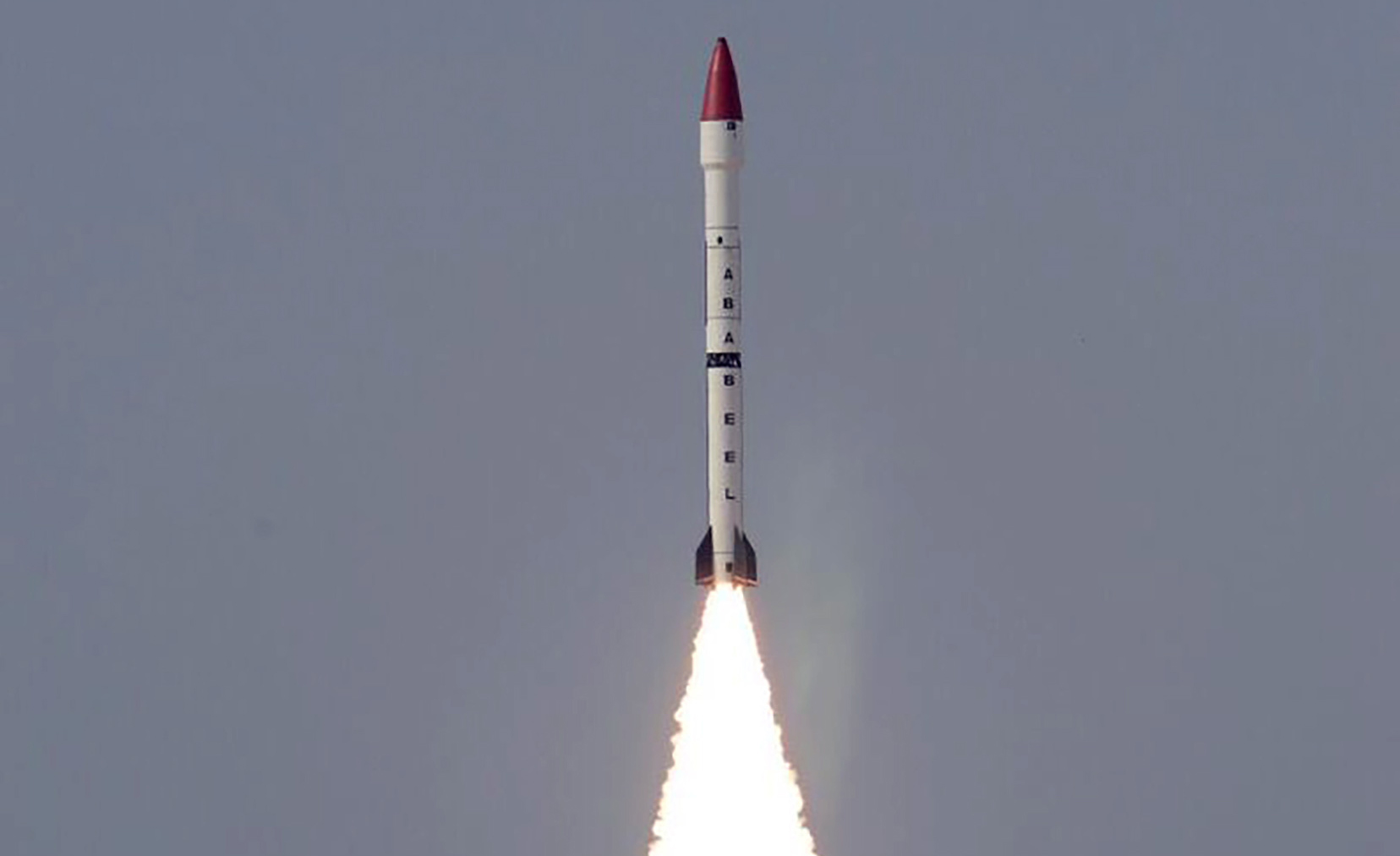 Islamabad: Pakistan on Tuesday successfully conducted the first test flight of the 'Ababeel' surface-to- surface ballistic missile (SSM) capable of carrying a nuclear warhead up to 2,200km.
Ababeel has a maximum range of 2,200 kilometres and is capable of delivering multiple warheads using Multiple Independent Re-entry Vehicle (MIRV) technology, Inter Services Public Relations (ISPR) said in a statement.
"The test flight was aimed at validating various design and technical parameters of the weapon system," it said.
Ababeel is capable of carrying nuclear warheads and has the capability to engage multiple targets with high precision,
defeating hostile radars, the ISPR said.
"The development of the Ababeel weapon system was aimed at ensuring survivability of Pakistan's ballistic missiles in the growing regional Ballistic Missile Defence (BMD) environment," the release said, in an obvious reference to India.
The Ababeel test came on the heels of a successful test of submarine-launched cruise missile Babur-III on December 9.
"The successful attainment of a second strike capability by Pakistan represents a major scientific milestone; it is manifestation of the strategy of measured response to nuclear strategies and postures being adopted in Pakistan's neighbourhood," the military had said after the Babur-III test.
The missile, launched from an undisclosed location in the Indian Ocean from an underwater, mobile platform, had hit its target with precise accuracy, the Army had said. Babur-III is a sea-based variant of ground-launched cruise missile Babur-II, which was successfully tested in December last year.