A new deal to save Europe 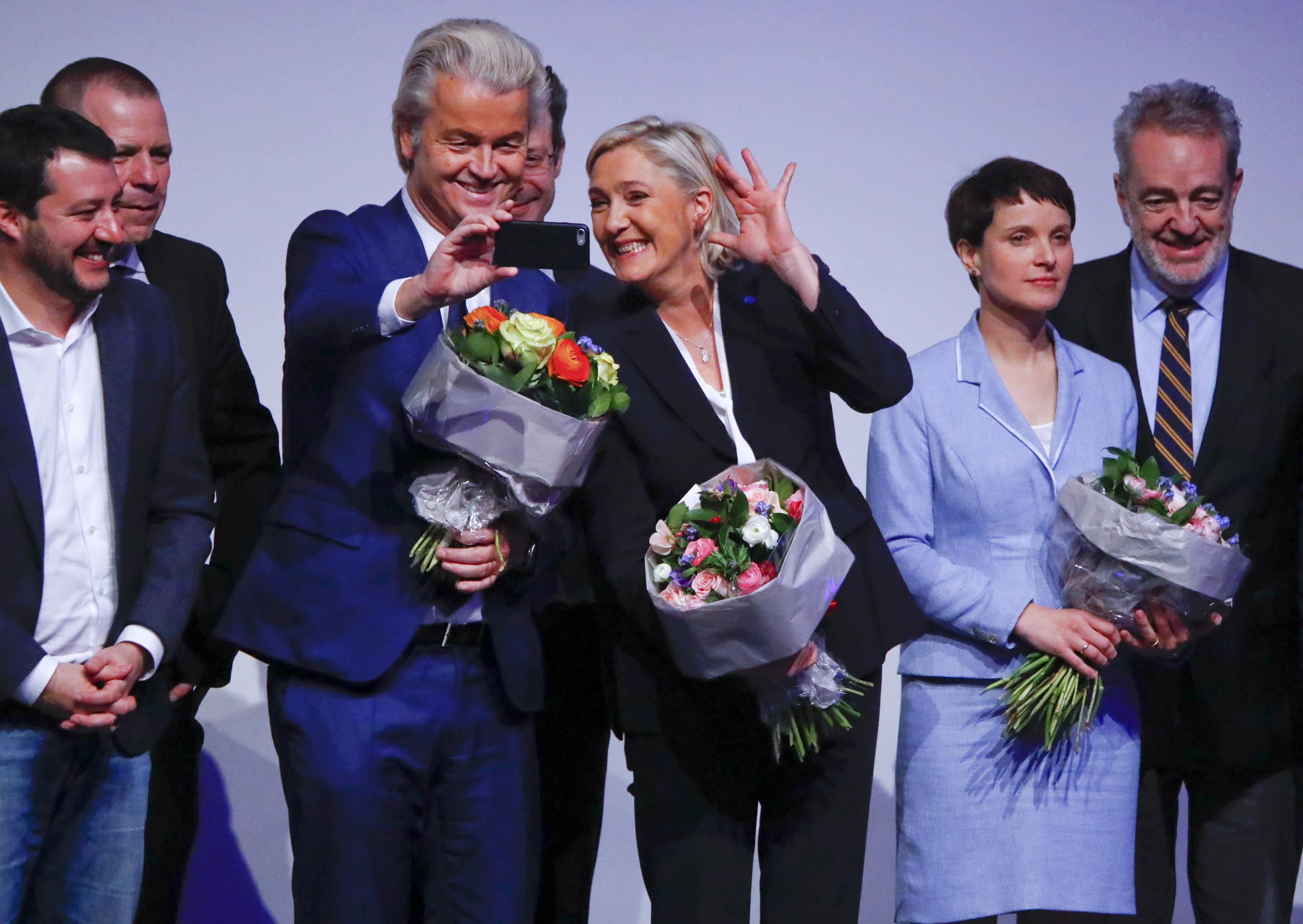 “I don’t care about what it will cost. We took our country back!” This is the proud message heard throughout England since the Brexit referendum last June. And it is a demand that is resonating across the continent. Until recently, any proposal to “save” Europe was regarded sympathetically, albeit with skepticism about its feasibility. Today, the skepticism is about whether Europe is worth saving.
The European idea is being driven into retreat by the combined force of a denial, an insurgency, and a fallacy. The EU establishment’s denial that the Union’s economic architecture was never designed to sustain the banking crisis of 2008 has resulted in deflationary forces that delegitimise the European project. The predictable reaction to deflation has been the insurgency of anti-European parties across the continent. And, most worrying of all, the establishment has responded with the fallacy that “federation-lite” can stem the nationalist tide.
It can’t. In the wake of the euro crisis, Europeans shudder at the thought of giving the EU more power over their lives and communities. A eurozone political union, with a small federal budget and some mutualization of gains, losses, and debt, would have been useful in 1999, when the common currency was born.
But now, under the weight of massive banking losses and legacy debts caused by the euro’s faulty architecture, federation-lite (as proposed by French presidential hopeful Emmanuel Macron) is too little too late. It would become the permanent Austerity Union that German Finance Minister Wolfgang Schäuble has sought for years. There could be no better gift to today’s “Nationalist International.”
Simply put, progressives need to ask a straightforward question: Why is the European idea dying? The answers are clear: involuntary unemployment and involuntary intra-EU migration.
Involuntary unemployment is the price of inadequate investment across Europe, owing to austerity, and of the oligopolistic forces that have concentrated jobs in Europe’s surplus economies during the resulting deflationary era. Involuntary migration is the price of economic necessity in Europe’s periphery. The vast majority of Greeks, Bulgarians, and Spaniards do not move to Britain or Germany for the climate; they move because they must.
Life for Britons and Germans will improve not by building electrified border fences and withdrawing into the bosom of the nation-state, but by creating decent conditions in every European country. And that is precisely what is needed to revive the idea of a democratic, open Europe. No European nation can prosper sustainably if other Europeans are in the grip of depression. That is why Europe needs a New Deal well before it begins to think of federation.
In February, the DiEM25 movement will unveil such a European New Deal, which it will launch the next month, on the anniversary of the Treaty of Rome. That New Deal will be based on a simple guiding principle: All Europeans should enjoy in their home country the right to a job paying a living wage, decent housing, high-quality health care and education, and a clean environment.
Unlike Franklin Delano Roosevelt’s original New Deal in the 1930s, a European New Deal must be realised without the tools of a functioning federation, relying instead on the EU’s existing institutions. Otherwise, Europe’s disintegration will accelerate, leaving nothing in its wake to federate.
The European New Deal should include five precise goals and the means to achieve them under existing EU treaties, without any centralization of power in Brussels or further loss of sovereignty:
· Large-scale green investment will be funded by a partnership between Europe’s public investment banks (the European Investment Bank, KfW, and others) and central banks (on the basis of directing quantitative easing to investment project bonds) to channel up to 5 per cent of European total income into investments in green energy and sustainable technologies.
· An employment guarantee scheme to provide living-wage jobs in the public and non-profit sectors for every European in their home country, available on demand for all who want them. On condition that the scheme does not replace civil-service jobs, carry tenure, or replace existing benefits, it would establish an alternative to choosing between misery and emigration.
· An anti-poverty fund that provides for basic needs across Europe, which would also serve as the foundation of an eventual benefits union.
· A universal basic dividend to socialize a greater share of growing returns to capital.
· Immediate anti-eviction protection, in the form of a right-to-rent rule that permits homeowners facing foreclosure to remain in their homes at a fair rent set by local community boards. In the longer term, Europe must fund and guarantee decent housing for every European in their home country, restoring the model of social housing that has been dismantled across the continent.
Both the employment scheme and the anti-poverty program should be based on a modern version of an old practice: public banking for public purpose, funded by a pragmatic but radical currency reform within the eurozone and the EU, as well as in non-EU European countries. Specifically, all seigniorage profits of central banks would be used for these purposes.
In addition, an electronic public clearing mechanism for deposits and payments (outside the banking system) would be established in each country. Tax accounts would serve to accept deposits, receive payments, and facilitate transfers through web banking, payment apps, and publicly issued debit cards. The working balances could then be lent to the fund supporting the employment and anti-poverty programs, and would be insured by a European deposit insurance scheme and deficits covered by central bank bonds, serviced at low rates by national governments.
Only such a European New Deal can stem the EU’s disintegration. Each and every European country must be stabilized and made to prosper. Europe can survive neither as a free-for-all nor as an Austerity Union in which some countries, behind a fig leaf of federalism, are condemned to permanent depression, and debtors are denied democratic rights. To “take back our country,” we need to reclaim common decency and restore common sense across Europe. - Project Syndicate