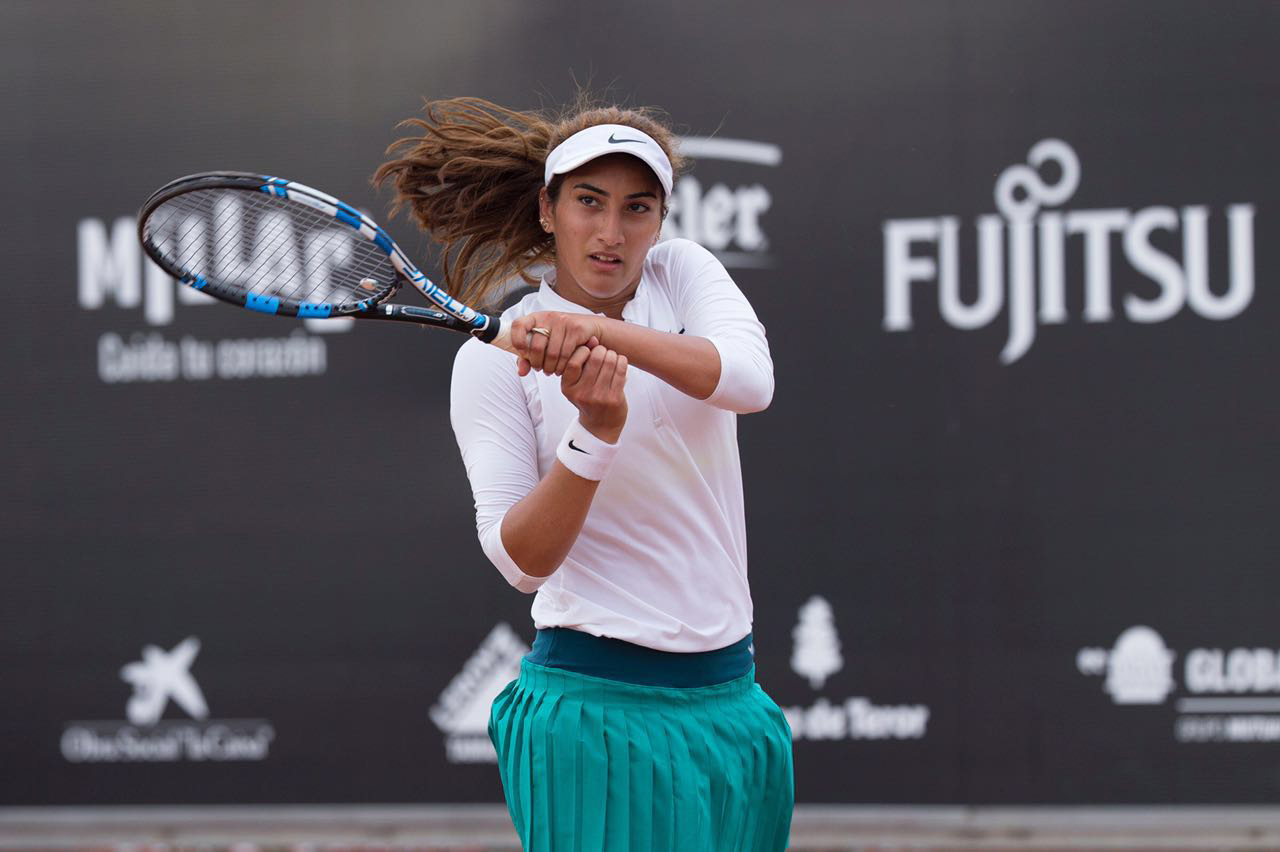 Muscat: Omani sensation Fatma Al Nabhani tasted success both in the singles and doubles competitions of the $15,000 ITF Pro Circuit tournament in Egypt.
In first round of the singles played on Wednesday, Fatma brushed aside the challenge of India’s Nidhi Chilumula for a 6-3, 6-0 victory.
In the second round, the Omani star will take on Spanish qualifier Carlota Molina Megias, who accounted for another Indian Natasha Palha for a 6-3, 6-4 win.
Fatma had earlier stormed into the doubles quarterfinals in the company of Egyptian girl Sandra Samir.
The third-seeded Omani-Egyptian duo defeated Mariam Jade Capadocia of Philippines and Akiko Okuda of the U.S. 6-2, 6-2 in a first round match.
In the last eight stage, Fatma and Sandra will square off against India’s Nidhi and Natasha.
Nidhi and Natasha moved into the quarterfinals after defeating Russia’s Valeriya Denisenko and Anastasia Sukhotina 6-2, 6-3.