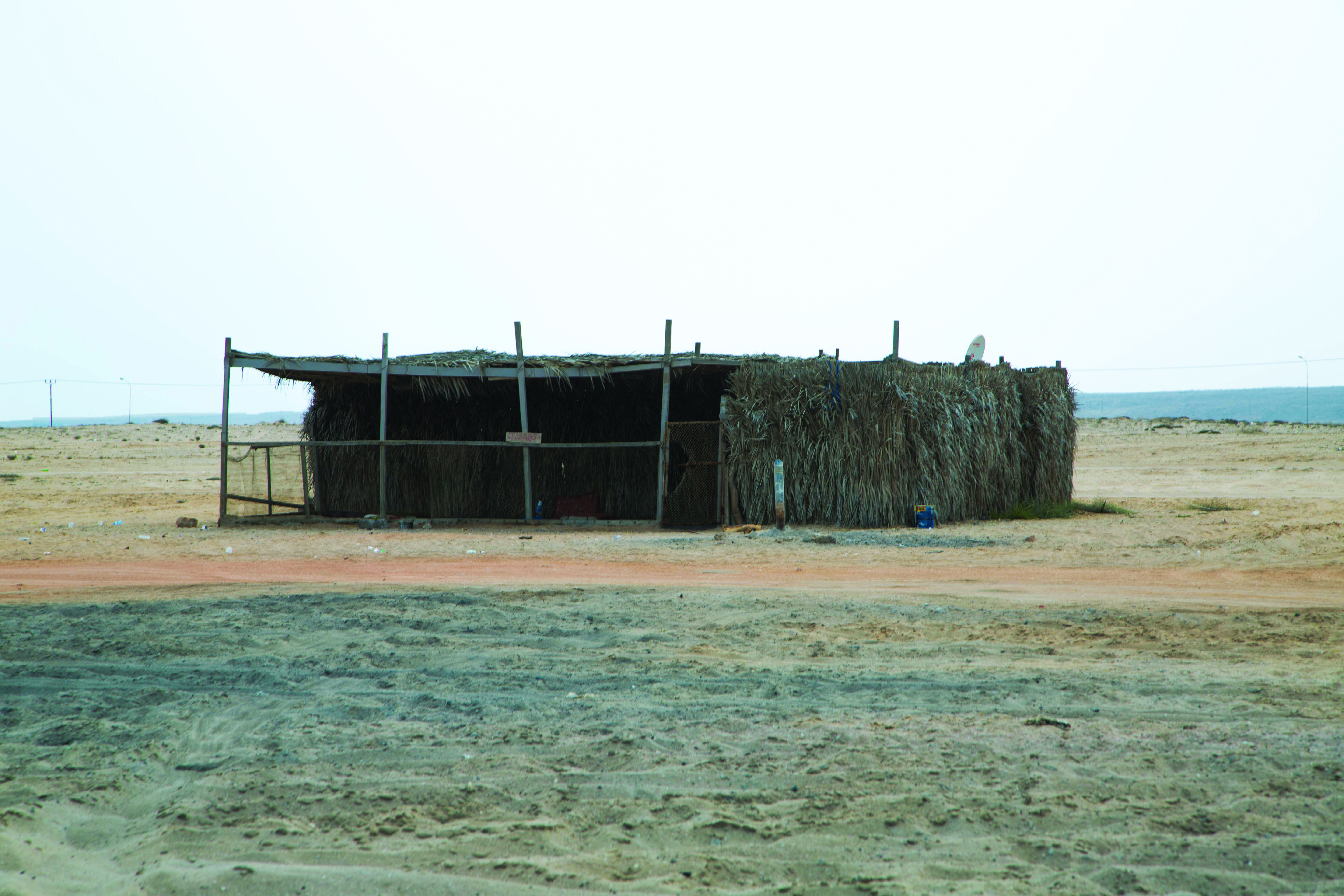 They say that beach is the best escape anyone can have, and I truly endorse the sentiment. There is just nothing more soothing than spending some quality time by the sea, taking in oceanic scents, listening to the crashing waves, and letting the rhythmic crashing carry your mind far far away. Being a resident of this coastal land, I can proudly say that we have some killer beaches in Oman and a huge range of variety, from mountain-rimmed enclaves to quaint fishing villages. This weekend I needed my ocean fix, but I have had enough of Qurum and Azaiba. I wanted to find an empty stretch of sand miles and miles away. I wanted the journey to be part of the fun, so I decided that it was time I explored the Muscat-Sur coastal road, and beyond.

As the weekend approached, I called up my colleague and asked her if she wanted to join. Luckily she did. She suggested we book rooms at the Resort Ras Al Hadd Holiday, an hour south of Sur, to ensure we explored the entire stretch. So, when Thursday morning came around, I packed my bag, grabbed some road snacks and jumped into my baby girl (a black convertible Lexus), because nothing is more fun than road-tripping with a drop-top in this breezy weather. I filled my car’s tank,and picked up my friend.
Three things that are a must whenever I’m on a long drive—music, music, and, yes, music.Hey, it sets the mood for the entire trip and can make all the difference. With my energetic friend playing DJ, I knew that we would be dancing in our seats from Muscat to Sur. She turned up the volume and we started our trip, taking the mountain road of Aqabat Bousher to the Al Amerat-Sur road, where we began the two-hour coastal drive.

When we reached Sur, we were welcomed by a beautiful corniche that stretched through the town. It was 10am, and thanks to our GPS, we had reached Sur with no drama. The beach-front drive was quite peaceful as we cruised along watching the dhows bob in the sea behind children playing a catch-me-if-you-can sort of a game on the sand. We wove nearer and nearer to the main part of town, looking for diversions.

Our first stop was the Ras Al Hadd castle, a small well-preserved fortress that has a couple of rooms and towers. The admission was free and the views from the tower were stellar. Next up was the Dhow factory, the only traditional boat factory in the Middle East that has remained operational without interuption. We toured the factory, meeting the friendly, informative workers, and sneaking over to their small beach where the finished dhows were being polished and cleaned. There was no admission fee here either. I couldn’t resist the urge to take tons of photographs of the dhows perfectly set in front of the famous, ultra-modern Sur bridge.

We continued to follow the corniche, stopping at the Sur Maritime Museum where famous old vessels are on display alongside placards offering their histories. After all our cruising, we were getting pretty hungry, so I called a friend from Sur who suggested we stop at Al Bustan Restaurant (+968 9828 6252) just opposite the Sur Beach Holiday Hotel). It was a great suggestion, as we enjoyed succulent biryani, grilled kebabs, and grilled chicken in their traditional majlis seating area.

Nice and full, it was time to head south of Sur to see if the abandoned beaches of my dreams were there to be found. We crossed over the hanging bridge and continued south drove for another forty-five minutes along a hilly, zig-zag road. It was starting to get dark, so when we finally reached the resort, we were welcomed by a friendly a staff (who had been expecting us to arrive earlier), but the darkness had hidden our surroundings and any potential views. We were a bit bummed to learn that we had arrived outside of turtle season, which starts in June and ends sometime in October, as the best place to watch turtles in this part of Sur is a mere 20-kilometres away in Ras Al Jinz, but we shook it off, and followed our accomodating host to our cosy lagoon-view rooms. We were told that the resort was built directly on the beach, so despite the fact that it was pitch black, we thought it would be a great idea to go for a walk on the sands of Ras Al Hadd beach.

It was lovely, if not a bit eerie to walk along in the darkness, hearing the crashing waves but only catching glimpses of them in the moonlight. Then we began talking about ghost stories, winding each other up until we were so caught up in the tales that we ran back to the hotel in a near panic. Once there, we ordered burgers and fries from room service, then called it a night.

The next morning I woke up feeling fresher than ever, and upon opening the curtains, I finally was able to take in the view of the Ras Al Hadd lagoons we had passed on the way in. I surveyed the remote area for a few minutes before rousting my friend and heading down to breakfast.

We ate quickly and then headed back to the beach. It was a world apart from the dark and ominous stretch we had walked the night before. The town of Ras Al Hadd is very remote, and the empty stretch of soft sandy beach reflects that. It was isolated, quite, and perfect.

After a brisk walk, we returned to the resort where the staff arranged a few water sport activities for us. While my friend rushed to the jet ski, I headed over to the fishing boat from which the friendly guys from Arabian Sea Adventure Tourism gave a quick overview of the Ras Al Hadd coastline. We ended the adventures with a banana boat ride that left us soaked and breathless from laughter. We fell into lounge chairs shaded by umbrellas and enjoyed some fresh watermelon, savouring the cool breeze, hot sun, and beautiful, lonely stretches of sea and sand.

On our way home later that day, we stopped again at the Sur Corniche to take selfies with the lighthouse in the background. The two-hour drive back to Muscat was more chilled-out, reflected in the car DJ’s choice of tunes. It was the relaxed vibe of satisfaction.

Visiting Sur and Ras Al Hadd was just what I had been looking for—a little sight-seeing, a dash of adventure, and a whole lot of tranquillity in a place that felt a million miles away.

Room Rates: OMR60++
*the rates are inclusive of breakfast and dinner