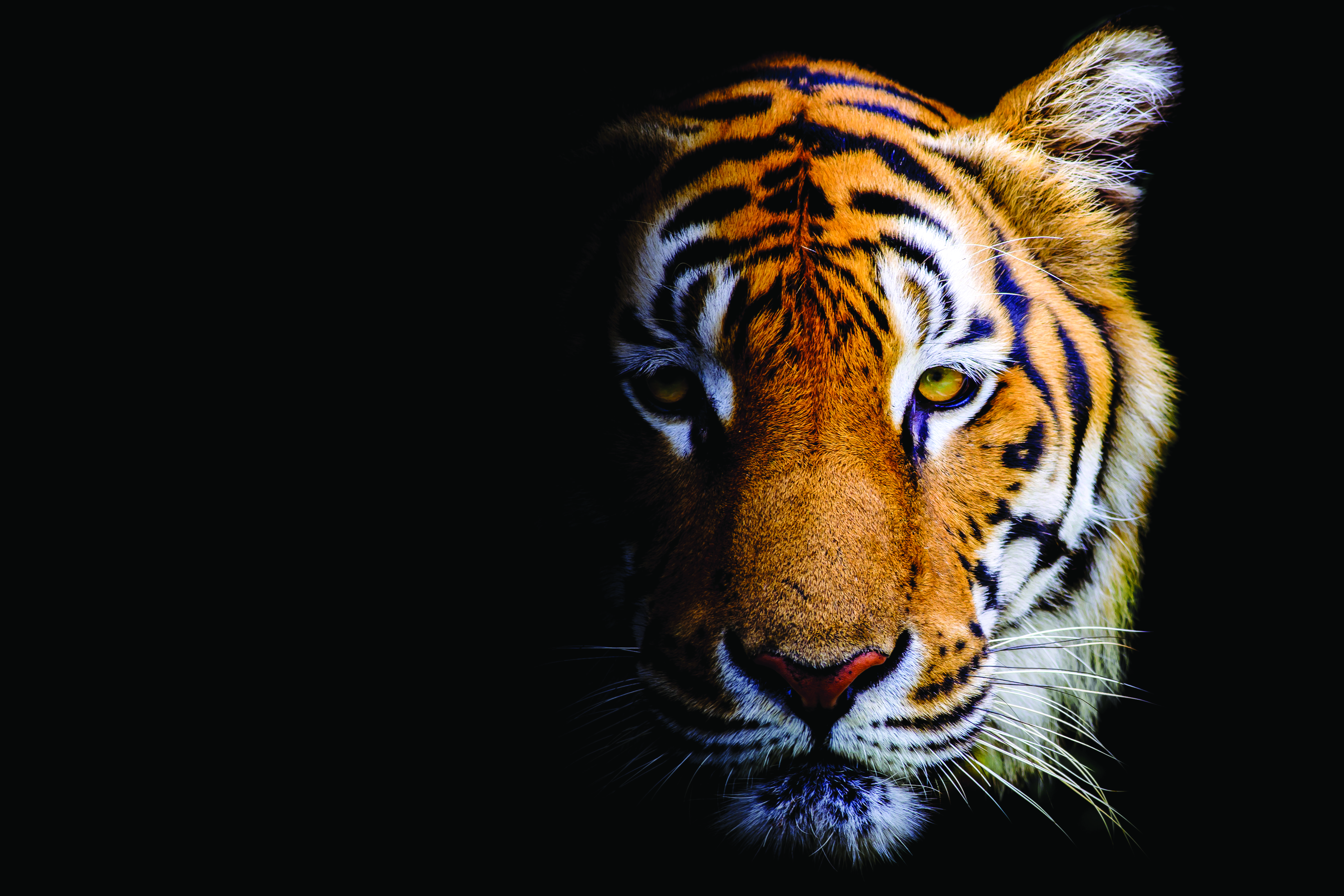 The tiger (Panthera tigris) is the biggest and one of the most endangered large cats. It is estimated that 3,000 to 3,900 tigers remain in the wild, and populations continue to decline. About 2 million years ago, a smaller, tigerlike cat (Panthera palaeosinensis) lived in China and Java.

Just 100 years ago, large numbers of tigers lived across Asia, from Turkey to the eastern coast of Russia. That range has shrunk by 93 per cent. Nine subspecies of tigers once roamed the forests of Asia. Now there are only six. Bali, Javan and Caspian tigers were driven to extinction in the past 50 years.

Tiger subspecies include Bengal (Indian), Amur (Siberian, Manchurian, Ussurian and Northeast China tigers), Indochina, South China (Amoy and Chinese), Malayan and Sumatran. Most tigers have more than 100 stripes. The stripes are like fingerprints, and no two tigers have the same pattern. Tigers can run at speeds of up to 50 mph (but not for very long). A group of tigers is very unusual, but when seen together, a group is called a “streak” or an “ambush.” The tiger is built for strength, with a long, muscular body and thick legs. The front legs are a bit shorter than the hind legs, and the shoulder blades are pronounced. Tigers from the south have short, thick hair, while the northern tiger has a longer coat. Colors range from deep orange and tawny to pale yellow. The rare white tiger is a variation of the Bengal tiger.

In a word
The word “tiger” is from the Greek word “tigris,” which may have a Persian source. Tigris means “arrow,” a possible reference to the cat’s speed. Tigers usually hunt alone, patiently stalking ungulates (hoofed animals) such as deer, water buffalo and cattle. Monkeys, birds, rabbits and a variety of other creatures (very rarely people) also can be on the menu. A 70 mile2 (112.65 km2) area with abundant prey could support seven female and two male tigers.On average, a tiger makes a large kill every eight days, eating about 50 prey animals a year.