Oman Weekend Download: Vikings is a TV show that explores their amazing history 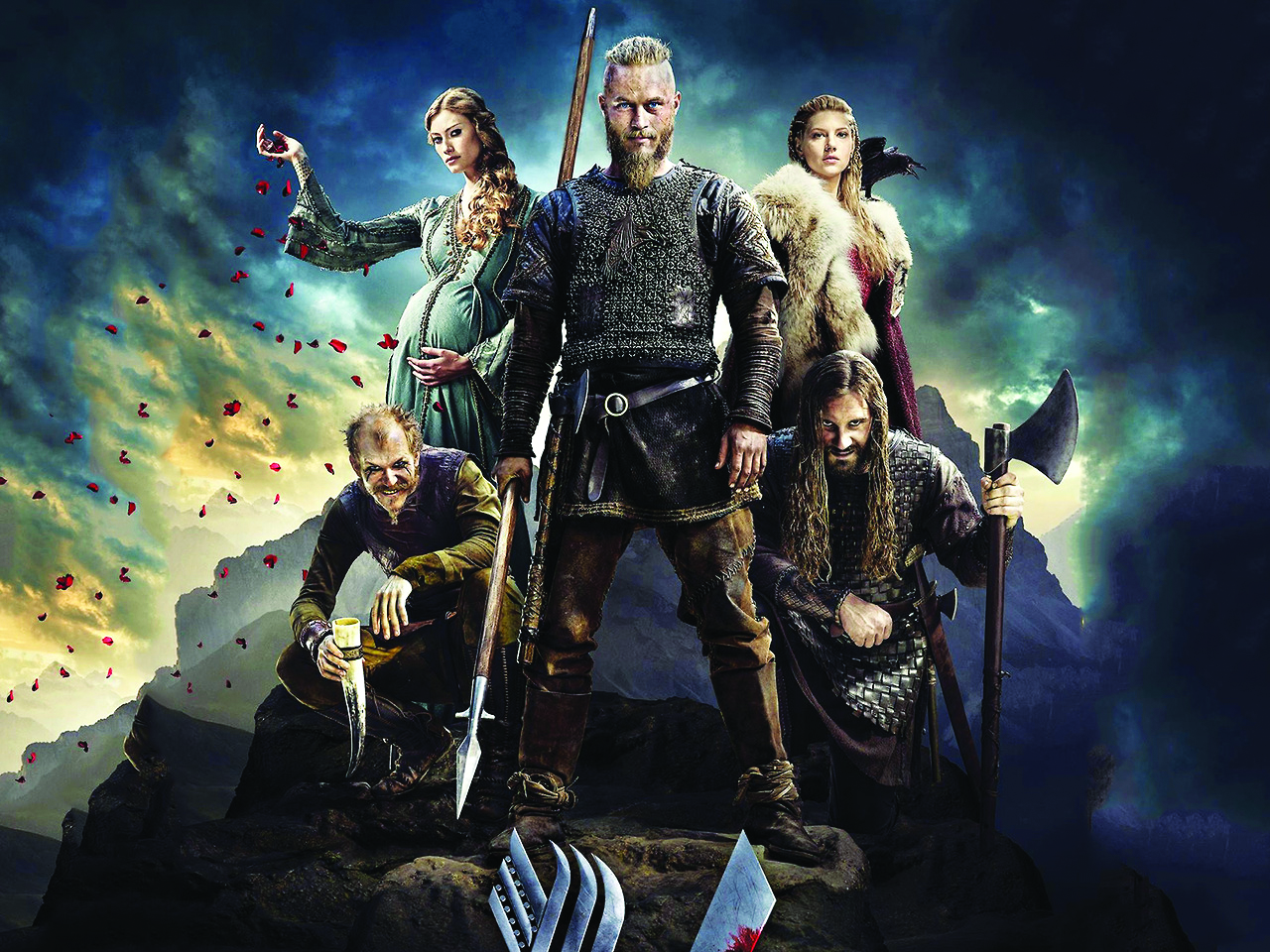 The song that overlays the opening sequence of Vikings says everything you need to know about the show, basically summing up the way of life of the Vikings, whose primary objectives as a civilisation were not to build great monuments or pioneer a new language, but instead, as they were raised to do from a young age, fight to survive.

Most of us know little about the day-to-day lives of the Vikings, probably because there are few left who can translate their runic language, and most of their history was passed down from father to son in the form of oral accounts called sagas. But Vikings the show cracks open the tough exterior of this culture to exposes the humanity of the Norsemen, in their sometimes brutal quest to survive.

The show is told through the eyes of Ragnar Lothbrok, a famed Viking explorer who first sowed the seeds of terror that his people were known for, by organising raids on England and France during the 9th century.

Played by Australian actor Travis Fimmel (Anduin Lothar from Warcraft), Ragnar tires of the narrow-minded views of his kinsmen, driven by a desire to explore beyond his Scandinavian homeland.

While his king may not agree with him, there are others who share his ambitions, though for very different reasons. His innercircle includes his brother Rollo, one of the fiercest of the Viking warriors, played by Irish actor Clive Standen (Namastey London, Hammer of the Gods and Doctor Who), Ragnar’s wife, an equally ferocious shield maiden named Lagertha, played by Katheryn Winnick (Love and Other Drugs, CSI, and Law & Order), and an eccentric boatbuilder named Floki, played by Swedish actor, Gustaf Caspar Orm Skarsgård (Arn – the Knight Templar), son of veteran Swedish actor Stellan Skarsgard.

Without navigational tools, the exploits and raids of the Vikings had long been restricted to places that can be reached by following the own coastline, but after hearing tales of a land accross the sea from a wanderer, Ragnar becomes obsessed with the idea of crossing the open waters.

Fortunately for Ragnar, Floki, a slightly crazy, but expert boat builder is onboard to help him with what others call a fool’s dream, starting with the construction of a ship that can survive the high seas in a voyage that could take weeks rather than days.
Against the orders of his Earl (tribal leader) Ragnar sets sail, and he and his men find themselves ashore a land called England, catching the villagers by surprise.

After easily looting and plundering the coastal monastery, killing nearly everyone there, Ragnar decides to spare one Anglican monk named Athelstan (George Blagden of Les Miserables and Versailles), to keep as a slave and source of information.
Back home, Ragnar is greeted with great cheer by the folk of Scandinavia, but rage from his Earl. Before his dreams of returning to distant lands can be realized, he will first have to deal with the politics closer to home.

The bloody fights, bids for power, love entaglments, and adventures from Scandinavia to Western Europe, are expertly entwined with folkloric tales, and historically accurate details, for a facinating watch. The great production value and excellent acting make it downright addictive.

The Short And Skinny

What’s it about: Ragnar Lothbrok leads the Vikings in search of new lands as he searches for a better home for his people

Where to stream: Amazon Prime