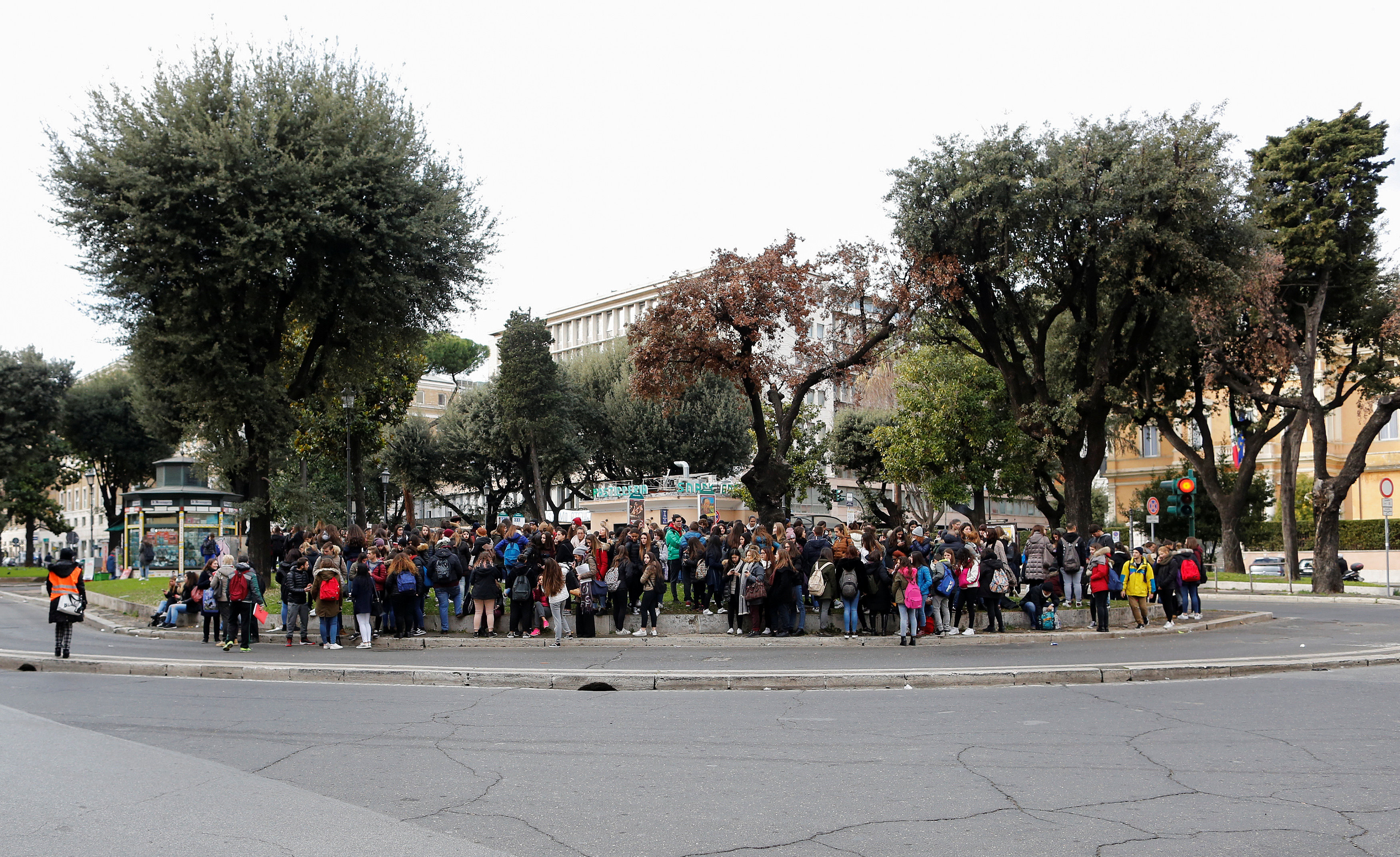 Rome: A spate of strong earthquakes hit central Italy on Wednesday, unnerving residents shaken by last year's deadly tremors and forcing hundreds of schools, rail links and the underground metro in Rome to close. Three hours after the first quake, no serious damage or injuries had been reported, although some abandoned rural structures weakened by last year's quakes collapsed.
Snow storms that have blanketed parts of the Lazio, Marche and Abruzzi regions made it difficult for local officials to access damage or possible injuries. "Some areas have no electricity because of the snow, so even cell phones don't work," said Sante Stragoni, mayor of Acquasanta Terme, a town hit hard by the Aug. 24 quake that killed 300 people. "The snow is two metres (six feet) deep in some areas," he told SkyTG 24 television. Buildings wobbled in Rome, a city not accustomed to quakes.
The metro system was shut as a precaution, school children were sent home and museums told visitors to leave. Residents nearer the epicentre, which was some 100 km (62 miles) northeast of Rome, rushed out into the streets and fields as the earth kept shaking under their feet.
"Everyone is outside. It's very cold and windy," said Lina Mercantini of the tiny village of Ceselli in the Umbrian region, about 80 km (50 miles) from the epicentre. "This is totally unnerving. It's never ending. We are all shaking." The U.S. Geological Survey said the three strongest earthquakes had a magnitude of 5.3, 5.7 and 5.3. They all struck within about an hour. Each was at a depth of about 10 km (6.2 miles) and were roughly seven km (4.3 miles) from the town of Amatrice, which was flattened by a powerful tremor last August.
The bell tower of Amatrice, which had been badly damaged last year, finally collapsed on Wednesday, local media said More than 50 weaker tremors were felt in the hours after the last of the three strong quakes. The USGS said there had been nine earthquakes above magnitude four in just 2 1/2 hours. The Aug. 24 quake destroyed thousands of homes and businesses.
More than 45,000 aftershocks have since rattled the region, including a 6.6 magnitude quake in October, the biggest tremor to strike Italy for 36 years. Last year's quakes reshaped more than 600 square km (230 square miles) of land, lowering areas around the epicentre by up to 70 cm (28 inches), according to data released by Italy's National Institute for Geophysics and Volcanology (INGV).