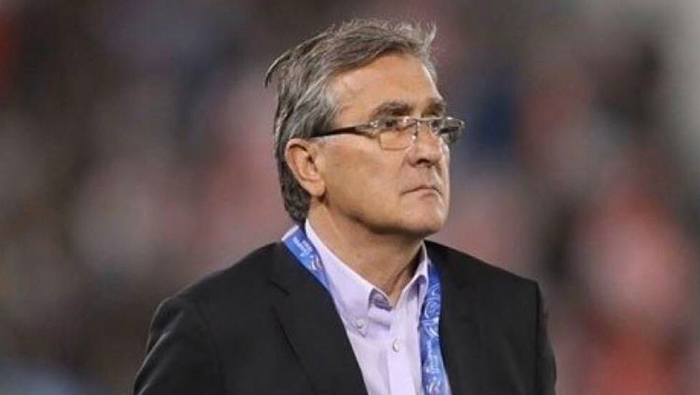 According to the Oman News Agency, the country’s state-run news agency, “The Oman Football Association announces that it has reached an agreement with the Croatian coach Branko Ivankovic to oversee the training of our senior national football team.”

65-year-old Ivankovic was the head coach of Iran’s national football team in 2002, after his success with their under-23 team that won the 2002 Asian Games in Busan, South Korea.

He has the highest win ratio of any coach who has managed the Iran national team, and under his leadership, the Iranians qualified for the 2006 FIFA World Cup, which was held in Germany. However, they failed to make it out of the group stages, losing to Portugal and Mexico, and drawing 1-1 with Angola.

The Croatian has thrice in the past been head coach of Croatian side Dinamo Zagreb, having won the Croatian league and cup double without losing a single competitive game all season.

“Croatian Branko Ivankovic has been appointed coach of our senior national team,” said the OFA in a statement.

“The administrative council of the OFA decided on the appointment of the Croatian as the coach of our senior football team, with the addition of his technical team. This came during a meeting that was held this evening, at the OFA headquarters, which was headed by Salim bin Said Al Wahaibi, the Chairman of the Oman Football Association.”

Ivankovic started his managerial career at Croatian side Varteks Varadzin in 1991, the same club where he’d spend all of his 12 seasons as a professional footballer. After leaving Varteks in 1995, he went on to coach local clubs Segesta Sisak and HNK Rijeka.

He was then appointed as the assistant manager of the Croatian national team, which sensationally finished third at the FIFA World Cup in 1998 in France.

He has also coached German club Hannover 96 and the Chinese side Shandong Luneng.

As part of his experience in the GCC, Ivankovic can list spells at Al Wahda, who play in Abu Dhabi, the capital of the United Arab Emirates, as well as Saudi Arabian clubs Al Ettifaq and Al Ahli Saudi Arabia. He has also coached the Iranian outfit Persepolis.