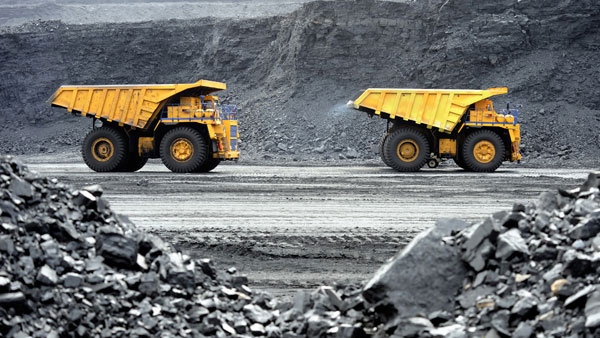 Muscat: Oman could be the epicentre for minerals and metals in the entire region, according to the CEO of Oman’s leading mining company.
“With a place like Salalah, we are the epicentre for India, Australasia and the African East coast. These are all areas where there is a strong demand for these commodities,” said Dean Cunningham, CEO of Kunooz Oman Holding.
Underlining his belief that the sector could create job opportunities for thousands of people in the Sultanate, he pointed out that his company would be recruiting more people if granted more licences.
“During the construction phases and feasibility studies, recruitment will increase. As far as the newer projects are concerned, we will certainly be looking at bringing in more human capital,” he added.
The Public Authority for Mining also recognises the potential that mining industry has with regards to recruitment.
“Our mandate is to improve the mining sector in different ways. It includes generating revenue for the government and creating jobs for the Omanis,” said Eng Hilal Al Busaidi from the Public Authority for Mining.
**media[586389]**
“The sector also has a huge potential for hiring and we do have a lot of opportunities. The chain ranges from excavation itself to transporting to creating an added value. This entire chain creates jobs.”
According to Dean Cunningham, if the Sultanate is able to boost investment and growth in the mining sector consistently for the next couple of decades, the industry could prove to be an asset in terms of urbanisation and infrastructure.
Pointing to the need for a long term growth strategy, he said, “For the next 20 to 30 years, if Oman does this correctly and puts a lot of thought into the process and positions itself properly, we can take advantage of that in urbanisation and infrastructure.”
Currently, the state, in its attempt to diversify its economy and shift focus to non-oil sources of revenue, has been emphasising the need to boost growth and investment in the mining sector.
While it is one of the sectors targeted under Tanfeedh, the Public Authority for Mining recently drafted a new legislation that will see an overhaul of Oman’s mining regulations.
The legislation in this regard is currently being reviewed by the government.
“The new law covers several aspects to facilitate investments in the mining sector, such as extending the duration of the licenses. Secondly, the law is very transparent with obligations of the investors and the government spelt out clearly,” said Eng Hilal Al Busaidi.
The new legislation could help develop the sector better with the government and investors providing the necessary support.