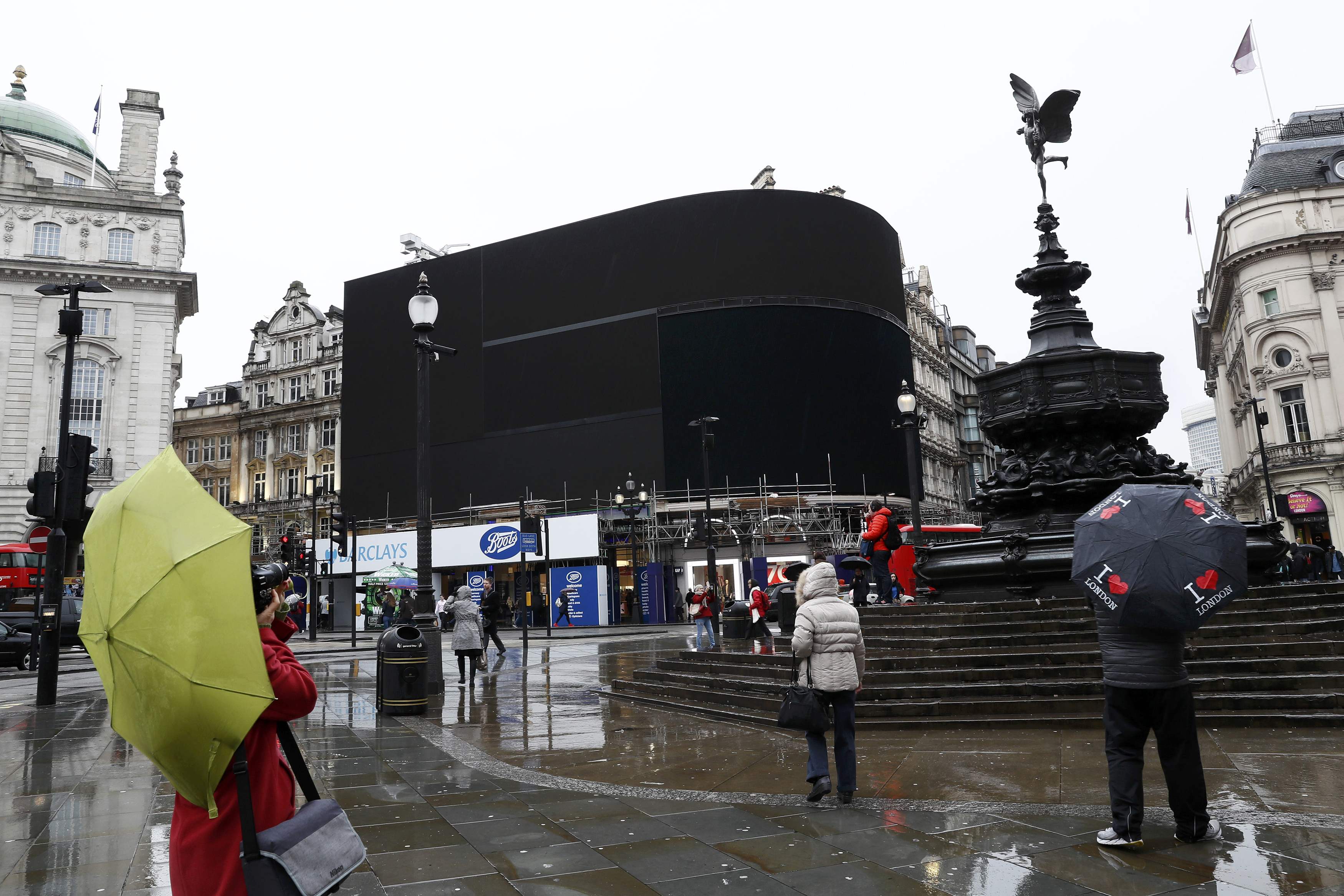 LONDON: For the first time since World War Two, the giant illuminated billboards that have lit up London's Piccadilly Circus for over 100 years have been switched off for an extended period, as work starts to replace them.
The current six screens on the walls of buildings around the central London junction are making way for a huge, single, curved screen. Due for an autumn unveiling, the new screen will display high definition video streams, show weather, traffic and sports updates and broadcast social media feeds from advertising brands. In the meantime, a temporary banner will be installed.
The new space at the junction will be shared by six advertisers, including Coca-Cola which has had its name up in lights there for 62 years.
The first illuminated advert, for French mineral water Perrier, appeared in Piccadilly Circus in 1908.
During World War II from 1939 to 1945, the lights were off as part of a general blackout to stop German bombers identifying targets from the air.
After being constantly on since 1949, barring power cuts and temporary switch-offs for the funerals of Winston Churchill in 1965 and Princess Diana in 1997, this will be the first time the junction will be dark for an extended period.
"This is a huge day for Piccadilly Lights and though it will be a strange feeling to see them go dark, we're incredibly excited about their future," said Vasiliki Arvaniti of Land Securities that owns the site.