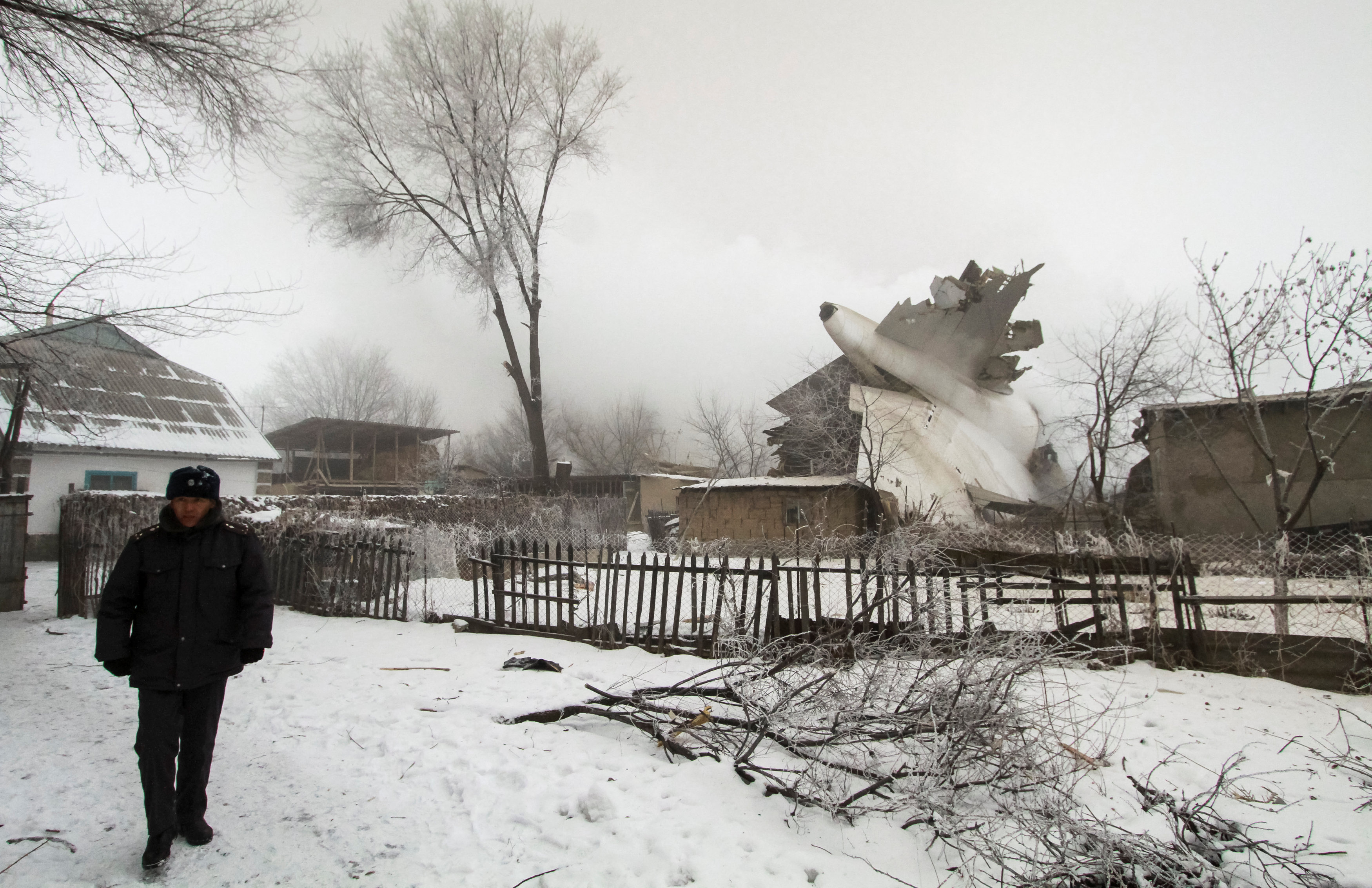 Bishkek: A Turkish cargo jet crashed near Kyrgyzstan's Manas airport on Monday, killing at least 30 people, most of them residents of a village struck by the Boeing 747 as it tried to land in dense fog, Kyrgyz officials said. According to the airport administration, the plane was supposed to make a stopover at Manas, near the capital city Bishkek, on its way from Hong Kong to Istanbul.
It crashed when trying to land in poor visibility at 7:31 a.m. (0131 GMT). The doomed plane damaged 15 buildings in the village, said Mukhammed Svarov, head of crisis management centre at the emergencies ministry, adding that at least 30 people had been killed. Kyrgyzstan's transport ministry said there were five people on board.