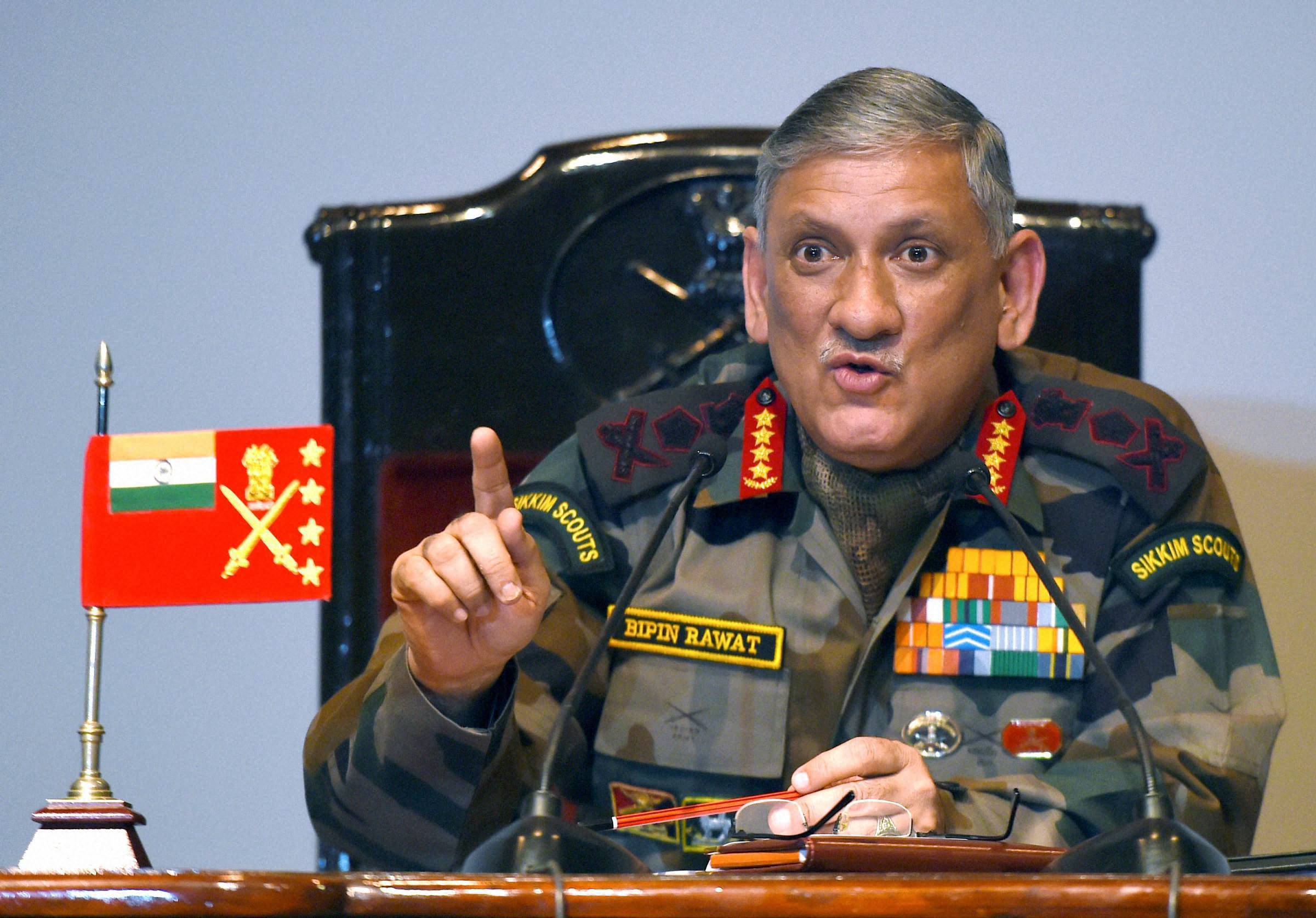 New Delhi: Issuing a warning, Indian Army Chief General Bipin Rawat on Sunday said the soldiers who take to social media to air their grievances could be punished as their act is "akin to crime" and lowers the morale of those guarding the frontiers of the country.
Gen Rawat, who took over as head of the force just 15 days back, told officers and jawans in an address on the occasion of Army Day that there are proper ways to air grievances and if anybody was not satisfied, they could contact him directly.
"In the recent days, some our colleagues have been using social media to air their grievances in front of the media. It affects those brave soldiers who are, as per the glorious traditions of the Indian Army, serving the country and guarding the borders," he said in his address in Hindi at the Parade Ground here.
He said the Army must continue to raise their morale. "Aapne jo karwai ki hai, aap iske liye apradhjanak hain, aur saza ke haqdaar ho sakte hain (The act you have committed is akin to crime and can be liable to punishment)," he told those using the social media.
"If any jawan has any kind of problem, you have a system to air the grievances for redressal. If you are not satisfied with the action, then you can contact me directly," the army chief told the soldiers of the 1.2 million-strong force.
His remarks came amid a raging controversy after an army man posted a video on social media criticising the use of soldiers as 'sahayaks' of the officers. The army man's video came after similar acts by a jawan each of Border Security Force and Central Reserve Police Force.
Only two days back, Gen Rawat had described social media as a "two-sided" weapon which can be used favourably but can also be detrimental. He had asked his men to directly communicate to him through the "suggestion cum grievance" boxes that will be set up across the formations.
On the occasion of 69th Army Day celebrations here, the army chief inspected the parade at Field Marshal Cariappa Parade Ground here. Marching contingents from six different regiments and display of missile systems such as Brahmos and Akash were among the highlights of the event. What stole the show was combat demonstration by different schools of infantry which fired medium-range guns, besides battle tanks rolling past the parade. Eighty seven defence attaches from 35 countries including the US, Japan, Russia, China, Israel and African nations attended the event, said a senior army official.
The function came to an end with Indian army's 'Janbaaz' motorcycle daredevils performing stunts and a team of paramotorists flew by with a tricolour and flags of the three defence forces.