Temperatures drop across Oman, heavy rains in most parts 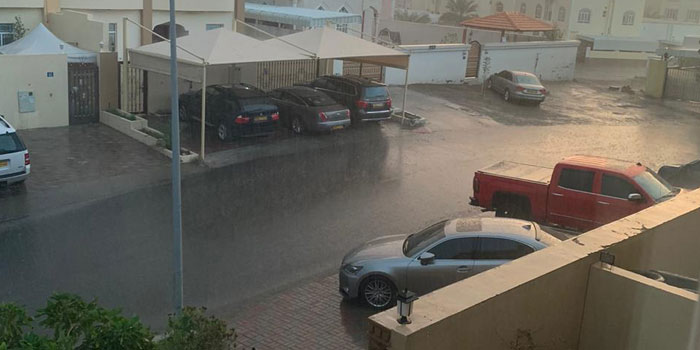 Muscat: Temperatures have dropped across the Sultanate and according Oman Meteorology, temperatures varying between 1 degree Celsius in Saiq to 25 degrees in Salalah has been forecast for Wednesday.

Heavy rains have also been recorded across several parts of Oman according to the Public Authority for Civil Aviation (PACA). Rough seas have been forecast along most of the Sultanate's coastline.

According to Oman Meteorology, temperatures will be : 17 degrees in Buraimi, 19 degrees in Ibri, 20 degrees in Nizwa, 21 degrees in Rustaq and Haima, 22 degrees in Muscat, Khasab, and Ibra and 23 degrees in Suhar, Sur, and Masira.

PACA said in a statement, "Flow and spread of clouds and heavy rain of varying intensity on the coastal areas of the Sea of Oman, the governorates of Muscat, North Al Batinah, South Al Batinah and Musandam, with clouds spreading over parts of Al Buraimi, Al Dhahirah and Al Dakhiliyah governorates."

"Mainly clear skies over rest of the Sultanate with chances of dust raising over desert and open areas due to fresh wind,” Oman Meteorology said.

“Over most of the Sultanate, winds will be northerly to northeasterly, slight to moderate and occasionally fresh along the coasts,” they added.