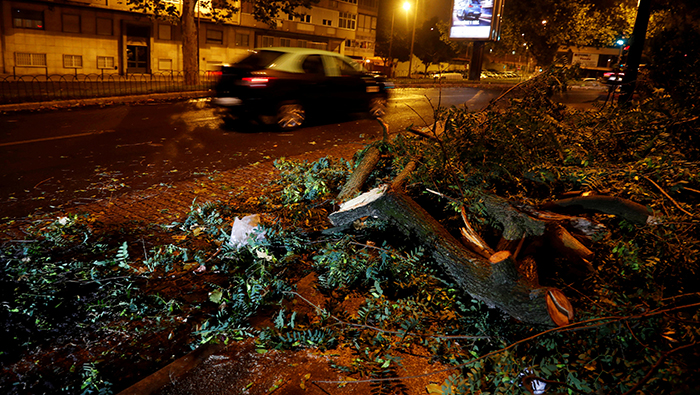 Lisbon: At least 300,000 homes were without power on Sunday after tropical storm Leslie hit Portugal's Atlantic coast, bringing with it heavy rain, strong winds and surging seas.
Leslie was downgraded from a hurricane before it reached Portugal late on Saturday. Authorities had urged people to stay indoors and keep away from coastal areas.
At least 1,000 trees were uprooted, mainly in coastal towns north of Lisbon where the storm first reached land, hitting power lines and blocking roads.
The A1, the main motorway running through Portugal, was temporarily blocked by a fallen tree, authorities said.
More than 300,000 homes lost electricity as the storm passed, said Belo Costa, commander at the Civil Protection Agency.
The storm, carrying winds of up 100 km/h (60 mph), was most intense during the night. By Sunday morning the powerful winds and heavy rains had mostly subsided.