Oman Family: Life of a Homemaker 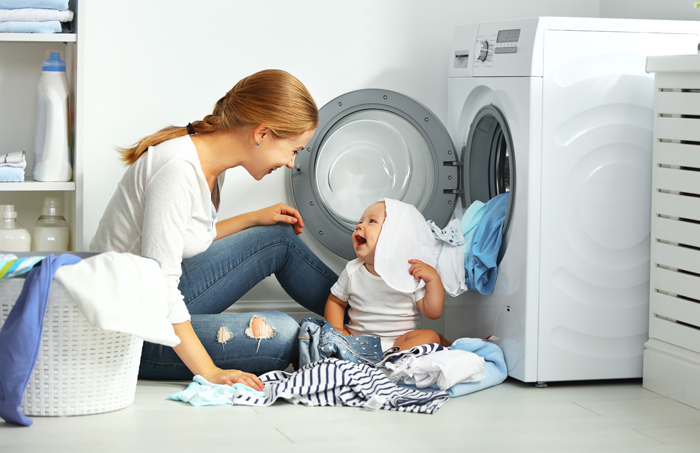 Maria’s day starts at 5am every day. No sooner the alarm bell rings she scrambles out of the bed in haste. A real quick shower followed by a hot cup of tea, she rushes to wake up the rest of her family. Suddenly the whole house is in full action and Maria constantly multi tasks in between.

Her 5-year-old daughter needs her hair to be braided, her 10th grader is unable to find his project sheets, and her husband, amidst all this, makes a quick enquiry on the pending bills. As soon as they leave, Maria gets back to doing her work, that has no fixed timings and she is on duty 24x7. Her job entails cooking, cleaning, laundering, teaching, and more. In short many roles rolled in one. But for her there are no weekend off days and no sick leave either. Most importantly she doesn’t get a pay cheque at the end of the month for her work. Maria left her full time job many years back to raise her children and though she is glad she took the right decision at the right time there are days when she is overwhelmed in despair.

She says, “Though being a homemaker has been a gratifying journey,there are days when I feel uninspired and depressed too. I miss being at work, the moments shared with my colleagues, of being financially on my own, and not to miss, the pleasure of having a pay cheque at the end of the month.”

Welcome to the world of homemakers. While in olden days women were meant to stay at home and take care of themselves and their family, the industrial revolution marked the first flight of them to work outside their homes. Be it in search of self-esteem, gain financial independence or to escape from the domestic boredom, women stepped out of the confines of their homes. But not all. Amongst those many career seekers were many others who chose the precincts of their houses because they thought they were needed the most there. “It’s a personal choice,” said a content homemaker in Muscat. In spite of being a qualified IT professional she shelved her career to devote her time to her children and being there for them was her biggest earning. But as her children are now ready to embark on their higher studies and leave home she feels a sense of emptiness. Its feels like she is stuck to household chores. She says, “Now I feel so left out. Though I have no financial problems I still miss the pleasure of earning and having my own money.” She says that a lot more is expected of you if you are a full time homemaker.

For many women in Oman being a homemaker is not a choice as work visa isn’t an easy thing to get here. As a result many professionally qualified women are forced to stay at home. “I have been here for almost four years here and owing to some visa constraint I could not get a job, a qualified engineer shared her plight.

“People have this notion that you have nothing to do when you are at home. Moreover if you’re not bringing in a pay cheque, you’re not thought to be on equal terms,” said another homemaker while sharing her dilemmas.

Author Ann Crittenden in her book The Price of Motherhood, says that mothers pay too large a lifetime price in lost income and status because of the time and energy they devote to their children. “Raising children may be the most important job in the world,” she wrote, “but you can’t put it on a resume”.

Her views voice many hidden pains being a homemaker.

But is the job of a homemaker a challenging career? Are the round-the-clock jobs at home as tiresome as brooding over the office files?

Homemaking to date is more gender-specific, i.e. a woman’s duty and as it is in the Asian community, it is more demanding than average 9-5 jobs. Expatriate homemakers, especially those belonging to the middle-income group bracket, do not have the luxury of house help and end up doing all the chores of the house. And they certainly deserve a pat on their backs for the services they provide. Whether for tirelessly toiling behind pots and pans or for being there 24x7, women ‘manning’ the homes should be applauded.

And those who relinquished their working status to bring up their children strongly object when people ask them ‘are you working’? Understandably, when people have worked hard to reach a certain level professionally, and are enjoying the fruits of their labour; it is hard to throw it all away. But some don’t mind doing that. Mothers who have stayed at home for child raising made a choice in their life.

Agreed finance was not a constraint in their cases but at the same time they can be recognised for not letting the trophies of materialism and workplace success overrule them.
“Being a homemaker is a job but it doesn’t necessarily mean giving up being a woman. A mother and wife can still be a person who can be recognised for being her own self,” says another homemaker.

Most homemakers say that greatest joys of being a homemaker are being able to plan and execute the household chores with plenty of family time, being able to take regular evening walks, coffee mornings and shopping sprees with friends, catching up reading, watching movies and having a lot of “me” time.