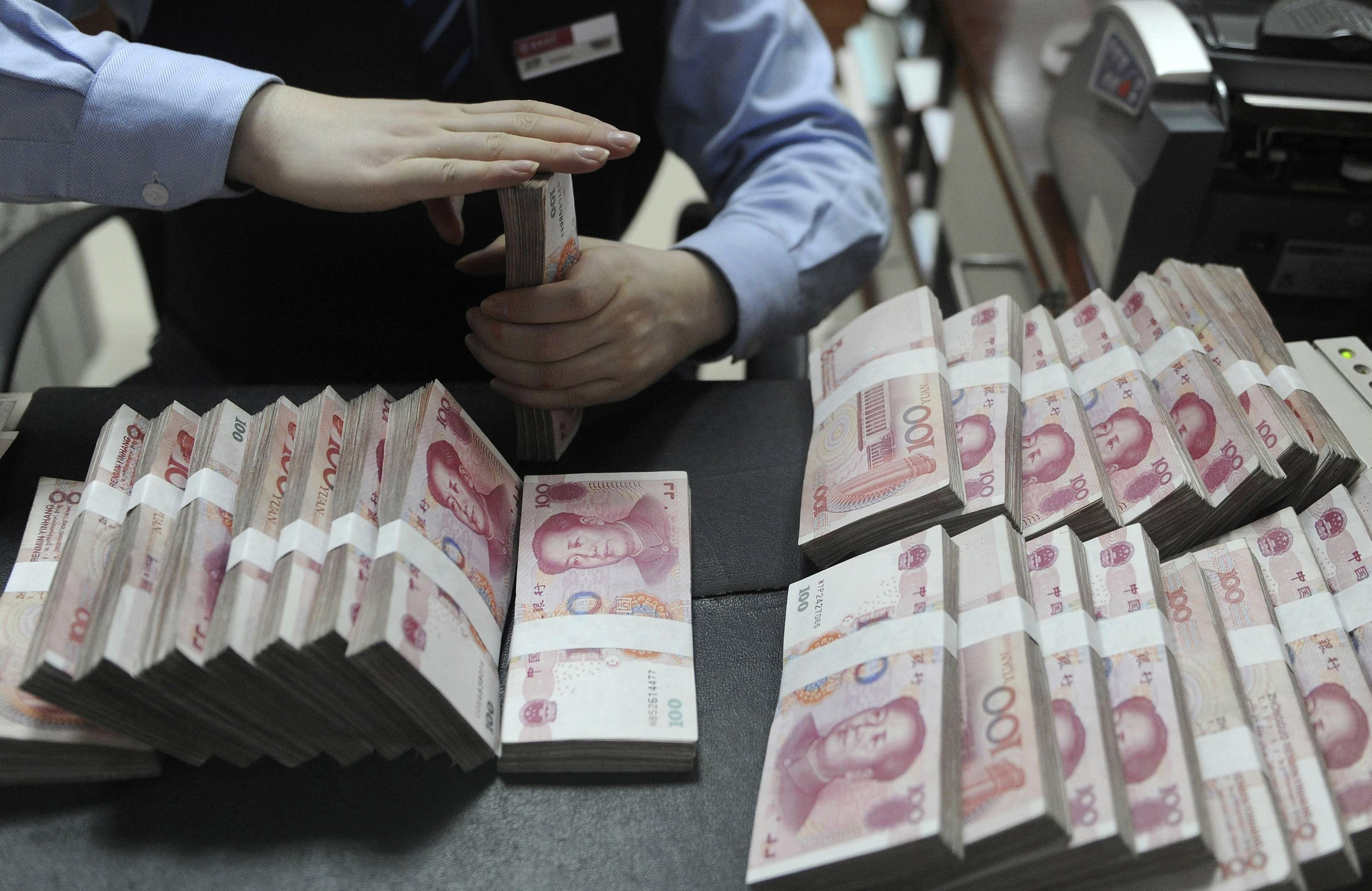 The irony of the yuan rally that took bears by surprise last week was that the surge came just days before China announced that its foreign currency reserves shrank by $41 billion in December. The stockpile is now $3 trillion, a decline of more than $1 trillion since its peak in 2014. Authorities have been drawing upon the huge war chest to temper the yuan's depreciation as capital flowed out of the county amid an economic slowdown and worries over debt levels.
Despite an annual drop of $320 billion, the amount China has at its disposal remains significant by just about any measure. Yet it would be appropriate for investors to start wondering whether the margin of safety is becoming perilously thin. They should also ask at what point the People’s Bank of China would no longer be able to afford to support the currency, which would lead to a much more substantial decline than anyone anticipates.
The situation appears manageable -- for now. At the current rate of depletion, it might take 12 to 18 months before the alarm starts ringing. The reserves, which may be somewhat understated but also comprise illiquid instruments, are about three times the size of China’s short-term debt, and account for almost 18 months of imports. According to the International Monetary Fund, China's reserves are "adequate'' as long as the nation retains capital controls.
So it's no surprise that China has been tightening capital controls to get a grip on the vicious circle involving reserve depletion, capital outflows and depreciation of the renminbi, especially against the US. dollar
For investors watching Chinese financial markets, four things stand out.
1. Because China runs a current account surplus of about $250 billion a year, and capital is flowing out at the rate of $550 billion to $650 billion, the reserves can't keep falling without incident. Focus should be on the rate of decline and whether absolute levels drift further below $3 trillion.
2.This situation isn't going to end. Although authorities are tightening controls over capital movements incrementally, as well as over the property market and banks, they are also allowing domestic lending to run amok. If China wants to limit capital outflows, and keep the renminbi tied to a basket of currencies, it needs to accept monetary policy constraints that ensure that central-bank and financial-system assets maintain a stable relationship with currency reserves.
Rapid credit creation and falling reserves lowered the reserve cover of the broadest measure of money supply -- known as M2 -- to an all-time low of 13.6 per cent at the end of 2016. It should have been closer to 20 per cent to 25 per cent. Without a willingness to clamp down on money and liquidity creation, capital will continue to haemorrhage overseas, periodically causing domestic liquidity and interest rates to tighten
3.The main impediment to a reserve and currency debacle is, for the moment, the recent application of much tighter capital controls on top of the restrictions already imposed on fake invoicing, insurance deals with Hong Kong and money smuggling. Such controls aren't what investors expected when China announced its desire to transform the renminbi into a global reserve currency to rival the dollar and the euro. These measures also don’t quite fit the One Belt, One Road trade-and-infrastructure initiative, which depends on sustained and significant outflows of both finance and equity capital.
4. China’s deep-seated problems with credit policies, capital outflows and the renminbi may only get worse if the policies of President Donald J. Trump and the Federal Reserve combine to push bond yields higher. Then there's the potential tension over whether the Trump administration will follow through on threats to label China a currency manipulator, and what that may mean for trade relations.
While there will be various times to bet against China assets this year, it's doubtful that these four factors will be the agents of a major denouement. For that, you have to look inside China, where the "big short"' probably lies beyond the crucial, 19th Communist Party Congress later this year. - Bloomberg View